Filmmaker and author William Brandon Shanley has launched several lawsuits totaling over $1 Trillion against Big Media over their “coverage” of the Sandy Hook “Massacre”.

In his statement, Shanley says:

“After exhaustive research, the good news is that overwhelming evidence reveals that no children or teachers died at Sandy Hook two years ago. For relief, I have filed lawsuits against the media in US District Court in New Haven for Fraud and Terrorism. 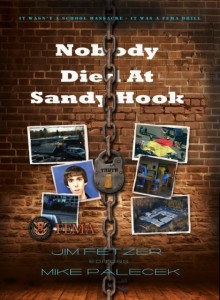 Part of his abundant evidence includes “Exhibit D”: The Connecticut State Police dash cams record no evacuation of children from the school at critical moments, which he calls “Smoking Gun evidence, no children died at Sandy Hook.”

“Defendants entered in a multi-year conspiracy, meeting in groups separately and together, to commit fraud and terrorism, i.e., to brainwash the public into thinking a lone gunman drill, known as the “Sandy Hook Massacre” was real, when in fact it was a staged FEMA National Level Exercise Event that redirected government resources to terrorize the public. These crimes were undertaken with the intent of subverting the US Constitution and to affect national, state and local laws.

“The true costs of this breach of integrity and trust to society are unfathomable. Instead of fulfilling their Constitutional Role as the People’s Surrogates and being honest brokers of information, the Plaintiff will show how the men and women who dominate the TV news industry in the United States broke laws, besmirched the First Amendment, their Constitutional role as government watchdogs, and forfeited the right to report the news, and thereby profit from news production and distribution. 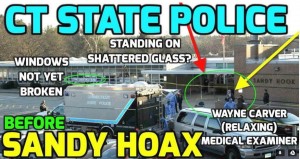 “The sine qua non of journalism is the search for truth. Our Fourth Estate chose a different path. Punitive damages of one year’s annual revenue from each Defendant are being sought to establish a News Trust, that will free journalism and restore trust and integrity to our communications sources. A democracy cannot survive this tyranny over human consciousness.”

In a separate Complaint, The New York Times, the Associated Press, the Hartford Courant, and the Newtown Bee are being sued for 10 billion USD in punitive damages.

Here are the details of the two cases filed, for those able to obtain login credentials: