18 Reasons Why I Don’t Celebrate Halloween 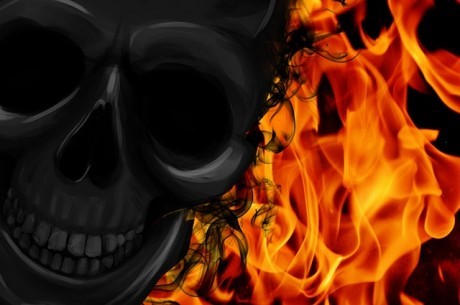 This year, 64 percent of all Americans will celebrate Halloween, but I will not be one of them.  For me, it is a wretched, horrible holiday that celebrates the darkest side of humanity, and it is deeply rooted in ancient pagan traditions that would get people thrown in prison if they attempted to duplicate them today.

With each passing year, the sexually suggestive costumes being marketed to our young girls become even skankier, the horror movies become darker and even more demonic, and the number of Americans that participate in occult ceremonies just continues to grow.  In fact, it has been estimated that the number of self-identified witches in the United States is doubling every 30 months.  Those that are deeply into the occult take this holiday very seriously, and the dark forces that they are dealing with are very real.  So no, I don’t want anything to do with this festival of death.  In no particular order, the following are 18 reasons why I don’t celebrate Halloween…

#1 I don’t want anyone in my family to observe a holiday that celebrates death, witchcraft and the occult.  This year, millions of Americans will participate in activities that could potentially open up a door for demonic activity.

#2 The average American spends $74.34 on the holiday.  I would rather save the money. 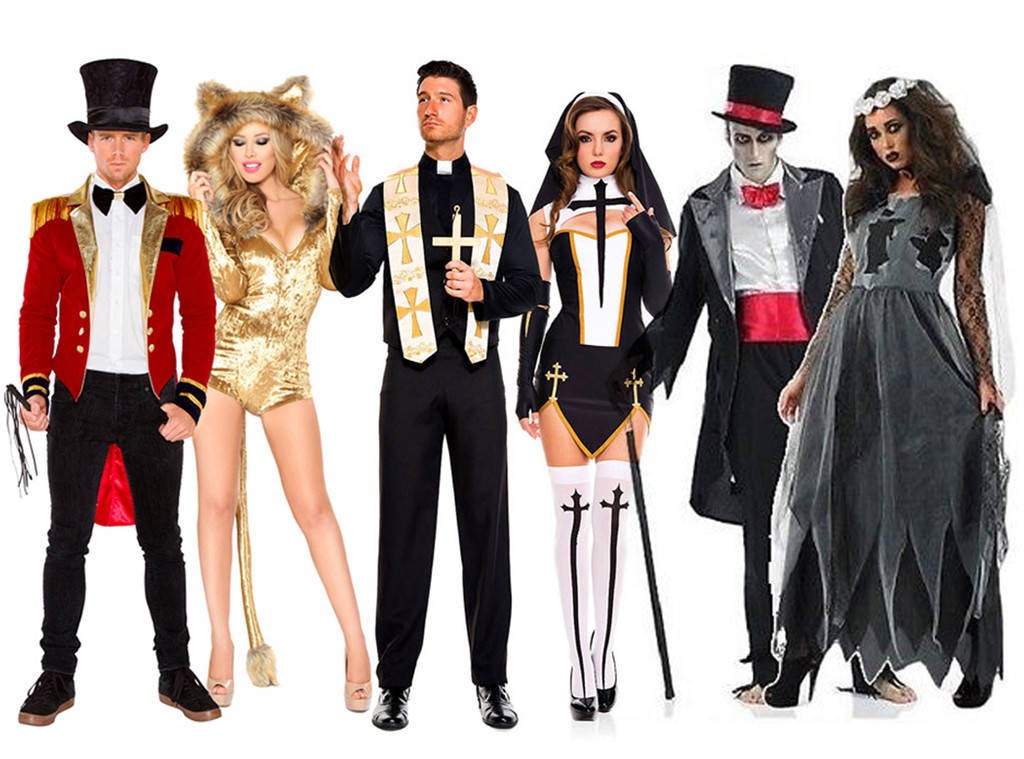 #4 Even little girls as young as three years old are being dressed up in sexually provocative costumes.  What kind of message does this send to them?

#5 Dressing up little children as ghosts, demons and vampires is not healthy for them.  In recent years, there has been a trend to make costumes for children as hellish as possible.

#6 Originally, costumes were worn on October 31st “to change the personality of the wearer to allow for communication with the spirit world“.  For 11 years in a row, dressing up as a witch has been the number one costume choice for adults in the United States.

#7 In ancient Britain, the festival known as Samhain was celebrated on October 31st.  It was supposedly a day when dead souls would revisit their old homes. Personally, I don’t want anything to do with contacting the souls of the dead.

#8 According to the History Channel, Samhain was also the day when the Druids “gathered to burn crops and animals as sacrifices to the Celtic deities”.

#9 As I have written previously, the fastest growing religion in America still practices a holiday known as “Samhain” to this very day.

#10 According to Wiccans, Halloween is the time when the veil between the living and the dead is considered to be the thinnest.  They believe that on this day their god “dies” and is reborn every year on the Winter Solstice.  This year the winter solstice falls on December 21st.

#11 In ancient times, the resurrection of the sun god required human and animal sacrifice.  The following is what occult expert Bill Schnoebelen says that the Druids would do at this time of the year…

Druids worshiped the sun god, called by names like Bel (Ba’al?) or Chrom. On October 31, they believed that he died and went into the kingdom of the dead, Anwynn. The purpose of Samhain was to insure his return. Even witches admit this involved human sacrifice.

Both animal and human blood were believed to be needed to resurrect Bel on Samhain. Human blood was believed to open the gates of Anwynn and released the spirits for a night. Thus, October 31 came to be associated with ghosts. This is not just history. Samhain is still celebrated by Pagans and is the most solemn ceremony on their “religious calendar”. 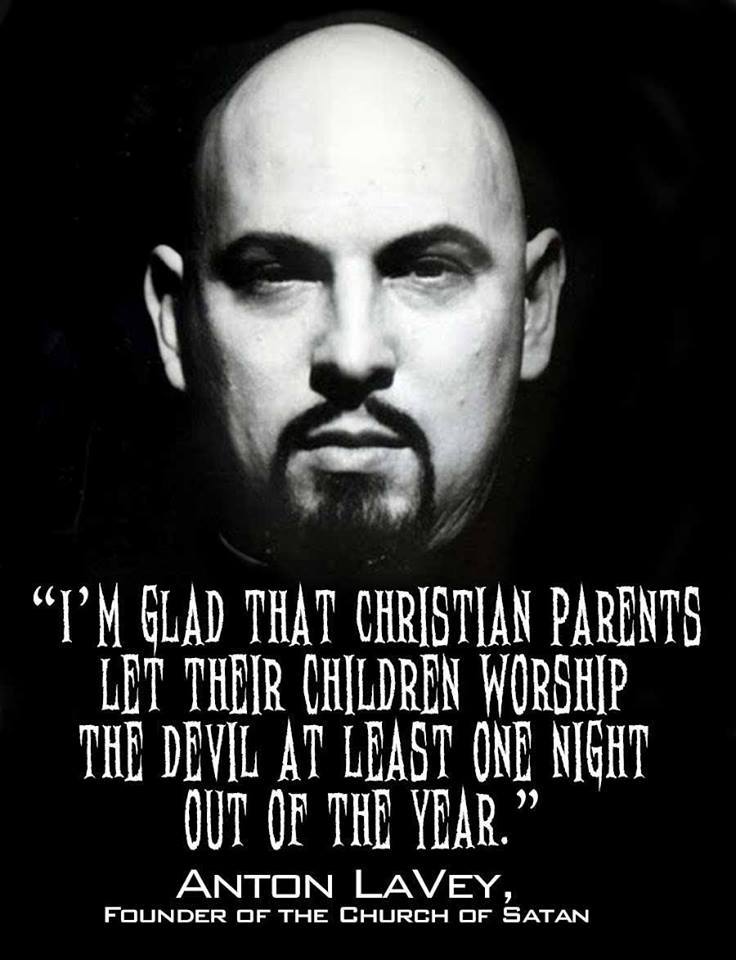 #12 To this day, animal torture and sacrifice is still practiced on Halloween by occultists.  Many animal shelters will not adopt out black cats during the month of October for this very reason.

#13 In the early seventh century, a Catholic Pope known as Gregory the First decided that the best approach to ensure the continued spread of Catholicism was to “christianize” existing pagan holidays and practices…

As a result of their efforts to wipe out “pagan” holidays, such as Samhain, the Catholics succeeded in effecting major transformations in it. In 601 A.D. Pope Gregory the First issued a now famous edict to his missionaries concerning the native beliefs and customs of the peoples he hoped to convert. Rather than try to obliterate native peoples’ customs and beliefs, the pope instructed his missionaries to use them: if a group of people worshipped a tree, rather than cut it down, he advised them to consecrate it to Christ and allow its continued worship.

The idea of trick-or-treating is further related to the ghosts of the dead in pagan, and even Catholic, history. For example, among the ancient Druids, “The ghosts that were thought to throng about the houses of the living were greeted with a banquet-laden table. At the end of the feast, masked and costumed villagers representing the souls of the dead paraded to the outskirts of town leading the ghosts away.”

As already noted, Halloween was thought to be a night when mischievous and evil spirits roamed freely. As in modern poltergeist lore, mischievous spirits could play tricks on the living—so it was advantageous to “hide” from them by wearing costumes. Masks and costumes were worn to either scare away the ghosts or to keep from being recognized by them

#15 The tradition of carving out a “Jack-O-Lantern” also comes from paganism.  The following comes from wicca.com…

Turnips were hollowed out and carved to look like protective spirits, for this was a night of magic and chaos. The Wee Folke became very active, pulling pranks on unsuspecting humans. Traveling after dark was not advised.

And as Bill Schnoebelen has noted, pumpkins eventually replaced turnips, but the meaning remained the same…

Here it’s a pumpkin, but in Europe it was often a turnip, or a skull with a candle in it. This serves two symbols, 1) the lord of the Dead, a “god” just like a Buddha – in short, an idol. 2) The fearsome face represented the god, Samhain, who would drive off less powerful demons that night. The lights in the Jack-o-Lantern symbolize the “faery fires” or “Will’o the Wisps” which were believed to be the lost souls flitting through the night. They also hearken back to the huge Samhain “balefires” which were lit to help conjure back the god from the darkness.

#16 On all Satanic holy days, there are children that get ritually abused.  This has been documented repeatedly, and yet most people (including most Christians) don’t want to hear about it.

#17 For Satanists, Halloween is one of the most important celebrations of the year.  On page 96 of the Satanic Bible, Anton LaVey wrote the following…

“After one’s own birthday, the two major Satanic holidays are Walpurgisnacht (May 1st) and Halloween.”

#18 The Scriptures are very clear about this sort of thing.  Deuteronomy 18:9-13 says the following: “When you enter the land the Lord your God is giving you, do not learn to imitate the detestable ways of the nations there. Let no one be found among you who sacrifices his son or daughter in the fire, who practices divination or sorcery, interprets omens, engages in witchcraft, or casts spells, or who is a medium or spiritist or who consults with the dead. Anyone who does these things is detestable to the Lord”.

So what about you? Will you and your family celebrate Halloween this year? Maybe you’d be better off celebrating and learning about a much more significant Christian event which took place on October 31st, Reformation Day.