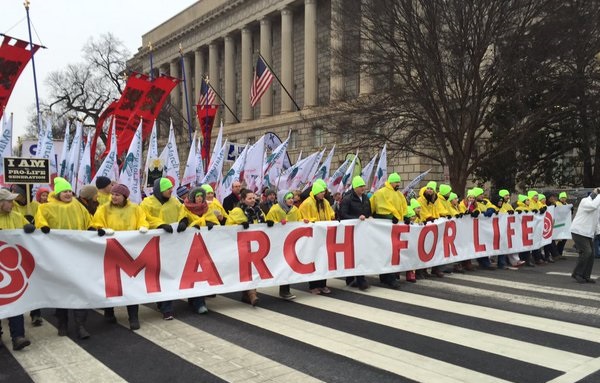 (WND) Thousands of Americans – including at least one Hollywood superstar and a barefoot monk – braved the cold and snow Friday to join the 2016 March for Life in Washington on the anniversary of the Supreme Court’s 1973 Roe v. Wade decision legalizing abortion.

Throngs of pro-lifers turned out, despite weather forecasts predicting a blizzard and three feet of snow. The crowds weren’t quite as large as they’ve been in previous years, as many bus routes had been canceled due to inclement weather. 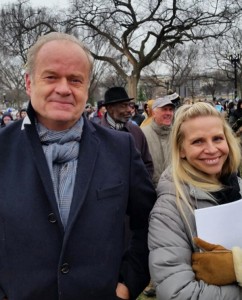 Actor Kelsey Grammer and wife, Kayte Walsh, spotted at the 2016 March for Life

One pro-lifer captured a photo of Kelsey Grammer and wife, Kayte Walsh, at the event. Grammer, an actor, TV producer, director and writer, is known for his roles in “Cheers” and “Frasier.” Even barefoot monks joined pro-lifers and trudged through the slush-covered streets to take a stand for the unborn.

U.S. Rep. Randy Hultgren, R-Ill., in a video he recorded at the event, said, “We’re here with thousands and thousands of people marching to protect life, to make sure that we recognize the value of every single life. We’ve been doing this for 40 years because we believe one day we will have leaders and a society that again embraces the value of all of life.”

Hultgren said one of the most exciting aspects of this year’s march is “the new generation who is seeing that life is precious – all ages here today.”

Some mainstream media publications, such as CBS News, chose not to cover the big event, and still others downplayed the size of the turnout. While the Washington Post reported it was a “small” crowd, photos of the event reveal a sizable rally – especially considering weather and transportation challenges in the nation’s capital. 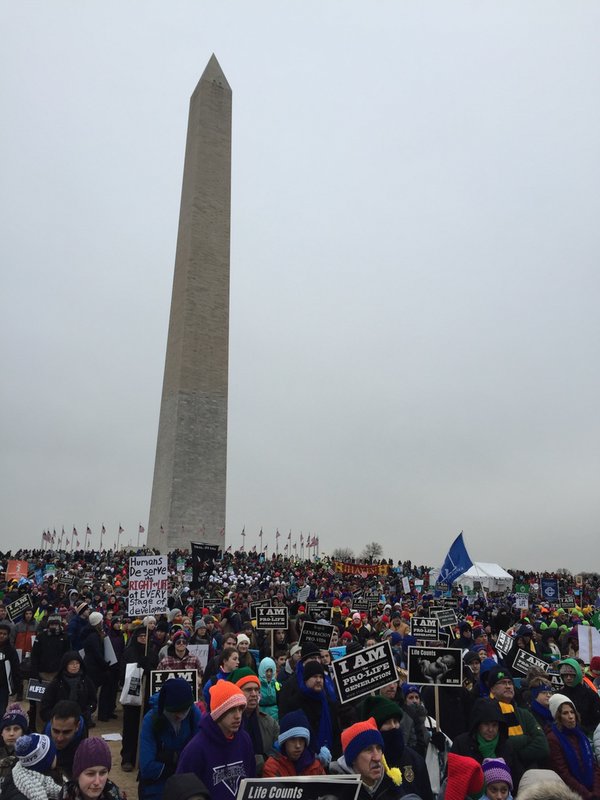