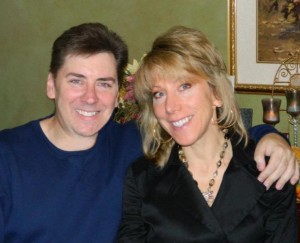 I can’t believe another year is almost behind us, and witnessing the state of this nation and the world, without question, I firmly believe we are another hour closer to the imminent return of Jesus Christ!

Come, Lord Jesus! As Irene and I, the SBM Ministry Team (the ministry’s Board of Directors, The Parents Group, and ministry volunteers) get ready to finish our 18th year in ministry, I can’t believe how far this nation has declined morally and spiritually, especially regarding the homosexual and transgender issues! The historically-accepted, holy, God-ordained institution of marriage is no longer esteemed as sacred. Under our current law, same-sex marriage is now viewed as equal to traditional marriage in every way, shape, and form, and it is simply a mockery of the “real” thing!

Confusion abounds. The “world” is being told, and children are being taught that there is no more distinction between male and female – that our past views are archaic – and that gender is no longer identified by the X or Y chromosome. Instead, gender is a “feeling” that lies between one’s two ears and is fluid! And society has become one great free-for-all cesspool of hedonism. The cultural climate described in Judges 17:6 (KJV) is in full swing today: “In those days there was no king in Israel, but every man did that which was right in his own eyes.”

As we face the constant threat of nuclear war with North Korea, our own war rages here in America: all hell has broken loose as pornography is easily accessible via every phone and every computer – just a simple click away, even for a five-year-old! Countless children and adults are being “hooked,” taken prisoner of this war – many for life. So are many within the body of Christ: pastors, deacons, worship leaders, and church members who have their own little private “secret sin.” However, did you know that next to molestation, early exposure to pornography (specifically homosexual pornography) is one of the key contributing factors to a child, youth, or adult adopting and accepting a homosexual identity? Still, many have said, “Come on, Steve, everybody views it every now and then, what does it hurt, right?”

What disturbs me most, though, is how far the CHURCH has declined regarding its views on homosexuality and transgenderism! Pastors, churches, and entire denominations are becoming “open and affirming” churches – welcoming practicing, unrepentant homosexuals into the church fold, even into church leadership! Liberal, unsaved churches, I can see…but born-again congregations?? In fact, I privately discovered an Assemblies of God (AOG) congregation in the Midwest (which shall remain unnamed) which has welcomed a man who had sex reassignment surgery to become a woman (known as a “trans-woman”) as the church’s head Sunday School teacher! The pastor and entire congregation knew this man for years, as he was “saved” in the church and then chose to “become” a woman. The church and its Pastor APPROVE of this individual’s gender reassignment – and have welcomed HIM as a HER to teach their adults and children! My respectful call of disbelief to speak with the Pastor was met with, “Thank you for your call and opinion – we will pass your information on to the Pastor, and he will return your call.” Well, of course I never received a call back. Dear Lord Jesus – please help us!!

To further add fuel to the fire, not too long ago, before I was to take the pulpit and preach at a large, well-known church in New York, the Worship Team brought us into beautiful worship. And then what happened next shocked me. The Worship Leader came down off the stage, personally welcomed me and my wife, Irene, and then asked me, “Seriously Steve, what is wrong with gay relationships? My best friend is gay, and I think as a church we should welcome and embrace these people in love and accept diversity!” I waited a few seconds to see if this woman was joking, but she wasn’t! And mind you, this was a fundamental independent, very well-known and large Baptist church! (We talked at length after the service – however, her “feelings” trumped God’s Word and so she held to her worldly views instead.)

You see, friend, this world has gone completely MAD and the Church has greatly failed! I recently heard a wonderful brother in Christ who is in ministry to reach people for Christ who are considering sex-reassignment surgery say, “The Church is supposed to change the world, not the world change the Church!” Amen and amen, brother!! Many pastors have failed their congregations. Many Christians in public ministries have failed…and many parents have failed their children as well. Generation X and younger have a “new attitude” on the LGBT movement – they have been deceived, brainwashed, lied to, and have been pulled further left away from God and His Word than I have ever seen in the last 25 years! Where do we even go from here?

I wish I could be more upbeat and say more happy and glowing things at this time of year. However, here at SBM Worldwide, we are seeing and addressing these issues daily. For years, I warned of the future of our nation and this world – many thought I was the crazy one! Yet here we are – many say, “standing on the wrong side of history.” I tell you, I would rather be falsely judged as standing on the wrong side of history, yet be welcomed into Heaven standing on the right side of God and His Word! Amen!!

We will not back down, we will continue the fight for righteousness – but most importantly, we will continue to reach LGBT men and women with the Truth in love, sharing the life-changing, soul-saving gospel of Jesus Christ! Our methods may have changed, but our mission has not! What worked 15 years ago would simply never work today. We need to always be a step ahead as the Bible says, “wise as serpents, yet gentle like doves. (Matthew 10:16, KJV). Sadly, our mission field has widened – it’s not only the men and women who are involved in sexual sin or gender confusion we are called to reach – it’s not only their parents, spouses, family members, and friends in need of dire help and hope that we are called to serve, but it is also the Church – the Body of Christ – that we must reach with the truth about a deadly and deceptive lifestyle that is promoted and accepted in the name of diversity and equality – a lifestyle that is destroying families, churches, communities, states, nations, and the world

! However, we can’t do it alone, we need YOU now more than ever! 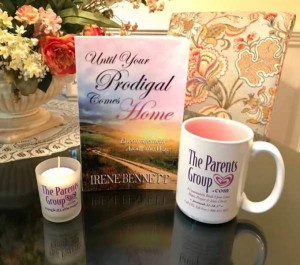 In 2017, my wife Irene’s very first book, Until Your Prodigal Comes Home: Encouragement Along the Way was published, and people’s response to it has been so encouraging! One parent with an adult homosexual son says, “Irene offers such encouragement and hope through this book and constantly reminds us that our hope for our children lies with the Lord. There are many uplifting and challenging Scriptures to keep us focused. There is no one thing I can point to as eyeopening or life-changing because the entire book is so special and so encouraging to me! I wish I’d had this book many years ago!”

It’s been a while…but we are discussing and planning our very first ministry conference in ten years! We had an incredible conference in 2008, and it has been way too long! We are planning for another in October of 2018. Come and meet other parents, spouses, family members, and friends from around the country and world who have a child or loved one who identifies as LBGT. Please be sure to check www.SBMWorldwide.com regularly for updates, or watch for our future mailings for dates, times, location, and speakers. We will keep you updated!