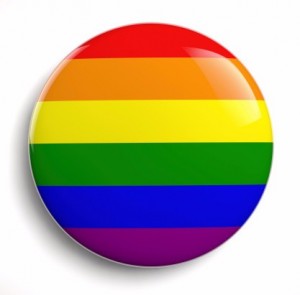 Times change, and with the times the arguments and points for and against certain ideas change. As people continue to argue for homosexuality, the growing number of those who claim to be Christians yet still support homosexual activity have continually tried (and failed) to show why it’s not wrong to be a homosexual. At first it was “The Bible says don’t judge,” an argument that completely ignored the biblical context of their statement. Then, a more well-researched work made the claim that when the Bible condemns homosexuality it isn’t actually condemning homosexuality since homosexuality was different back then. Naturally, that didn’t hold up very well.

So, of course, yet another line of reasoning is now being employed. Over the past few months I’ve seen a lot less of the “you can’t judge” argument being used, but on a number of occasions the case has instead been, “Well, we all sin so it’s not any different when they do.” It’s true, we all sin – but does that mean God is okay with it, or that we should look the other way? Here are three thoughts to keep in mind when this increasingly popular point is made.

We don’t celebrate other sins

Yes, all sin is enough to separate us from God (Romans 3:23, 6:23). But to pretend as though we say “Well, I lie and he commits homosexual acts, I guess God will forgive both of us,” isn’t accurate. Our society doesn’t have “Burglar Pride” parades. We don’t glorify the lifestyles of murderers. Nobody says, “Well, he’s a drug addict but we all sin so I’m not going to tell him to change,” but because we live in a culture that has decided that homosexuality is to be worshiped, people actually think that such a line of reasoning is a valid case for not condemning homosexuality. All sin is to be mourned over. Just because some glorify it does not mean it shouldn’t be condemned.

Sin is not something we are to simply accept

In a sense, sin is inevitable. We’re all going to sin, and we’re all going to fight that battle for the rest of our lives. But to assume that because I have my sins and you have yours, it’s no big deal is an egregious misunderstanding of the atrocity of sin. Sin is a direct affront to God’s holiness, and it separates us from Him completely (Isaiah 59:1-2). It put Jesus on the cross. The call for the Christian life is to be transformed by the renewing of our minds (Romans 12:1-2), so to say that sin is just an inevitable part of our lives is to say God has no power to transform.

Continuous, willful sins will not be forgiven

When someone says, “We all sin” as an excuse for sin, what they’re saying is that God is going to forgive anything and everything. The Bible makes it as obvious as could be that such isn’t the case. Hebrews 10:26 couldn’t be any clearer when it says, “ For if we sin willfully after we have received the knowledge of the truth, there no longer remains a sacrifice for sins.” Whether it’s homosexuality, heterosexual sins, dishonesty, anger, or anything else that is a violation of God’s holy standard, just assuming he’ll forgive someone who has no desire to put those sins to death is completely anti-biblical. One simply cannot make a case for the continuation of a homosexual lifestyle and claim to have any respect for God’s Word whatsoever. You can’t get around it – someone who actively engages in homosexuality or anything else the Bible calls a sin without repenting WILL spend their eternity in the lake of fire and brimstone (Revelation 21:8).

What arguments like this show is that the world (and many in the church) have a terrible misunderstanding of the seriousness of sin and what God’s love and grace really are. Yes, we all sin. That doesn’t make it acceptable. Yes, God offers grace. That doesn’t mean it’s a free pass to sin (Romans 6:1). Yes, God is loving. That doesn’t mean everyone gets forgiveness by default. It’s our job as Christians to make sure we understand how truly devastating sin is and how great God’s love is, and to communicate both to a world that is so hopelessly illiterate when it comes to the eternally important.

Have you been set free by the Son or are you still trying to earn your way into heaven? Will you ever be good enough to make it there? The bible says that all your good works are as filthy rags. Where does that leave you, are you still a slave to your sin?  Jesus said in “Mat 11:28, Come unto me, all [ye] that labor and are heavy laden, and I will give you rest.  The Bible also says, “confess with your mouth, that Jesus is Lord, and believe in your heart that God raised Him from the dead, and you will be saved.” (Romans 10:9) If you’ve never done that or maybe you need to recommit your life to Him and make Him Lord of your life, then please don’t wait any longer.  Ask Him now in a prayer like this:

Father, please forgive my sin. I know that I haven’t always been the person that I should be. I accept the sacrifice of your Son Jesus for my sins and I ask you to forgive me and help me to live the rest of my life for you. You alone have the answers and can teach me of your perfect plan for my life.

In Jesus name I pray, Amen

Congratulations, if you have prayed this prayer the Bible says, “ Therefore, if any man [be] in Christ, [he is] a new creature: old things are passed away; behold, all things are become new.” (2Cr 5:17)