Last week Atlanta-based prosperity preacher Creflo Dollar announced to the world that he needed $65 million to buy a new Gulfstream jet. He asked 200,000 of his followers to donate $300 each so he could ride in style. He told his audience that the plane was needed so he could “continue reaching a lost and dying world for the Lord Jesus Christ.”

A few people dug into their wallets to send Dollar the needed cash. The rest of us started feeling sick to our stomachs. 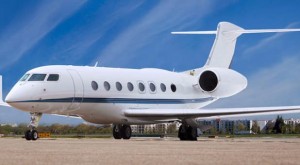 By this week, after the blogosphere blew up with angry reactions to Dollar’s outlandish proposal, his public relations firm announced that “Project G650” had been placed on hold. Dollar reluctantly caved to public pressure and decided that, for now at least, he will have to be content to either charter a private jet or—heaven forbid—fly first-class on a commercial plane.

I am not sure which is crazier—that Dollar insisted on being treated like the king of a small country, or that his church-owned PR firm didn’t realize this inane fund-raising plan would backfire. Hello? Welcome to the year 2015, a time when Christian people are smart enough to smell a religious scam before they get bamboozled.

I hate to even give this scheme any attention, but there are naïve Christians who don’t realize when they are being taken to the cleaners by a man who claims to speak for God. Rev. Dollar and those who follow him should be ashamed that he has dragged the name of Jesus through the mud and made all Christians look greedy and egotistical.

Here are the five top reasons why I would never give Creflo Dollar money for a private jet:

Jesus humbled himself. He lowered the bar and invited all of us—especially those who call themselves ministers of the gospel—to model servanthood.

Caption: This is a Gulfstream 650 jet, like the one Creflo Dollar wanted to purchase.