(WNS)–A U.S. appeals court ruled July 20 that Texas’ strict voter ID law, which requires one of seven types of photo IDs, discriminates against minorities and must be altered before the November election.

The decision followed the U.S. Justice Department’s lawsuit against Texas in 2013. U.S. Attorney General Loretta Lynch celebrated the ruling as a victory for African-American and Hispanic voters, who, according to voting experts, are two to three times less likely to have an approved ID than white voters or, sometimes, even the necessary paperwork for an ID.

“This decision affirms our position that Texas’ highly restrictive voter ID law abridges the right to vote on account of race or color and orders appropriate relief before yet another election passes,” Lynch said in a statement. 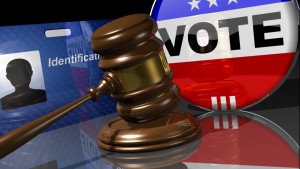 “The 5th Circuit rightly reversed the lower court’s finding of discriminatory purpose, but wrongly concluded the law had a discriminatory effect,” Abbott said in a statement Wednesday. “Voter fraud is real, and it undermines the integrity of the election process.”

The case concluded with a 9-6 ruling by the 5th U.S. Circuit Court of Appeals that the law violated a federal anti-discrimination measure called the Voting Rights Act. The court also overturned a lower court’s claim that lawmakers intentionally slighted minorities by making the law.

One of the most stringent voting laws in the nation, the Texas law required voters to bring one of the following photo identification forms to the polls: personal ID card, driver’s license, concealed handgun license, military ID with photo, citizenship certificate, passport, or election ID certificate.

Over 600,000 registered voters in the state did not have an approved ID in 2014, according to a lower court.

Throughout the nation, 10 individuals since 2000 have been accused of impersonating another voter, according to Arizona State University’s News21 database. Three of the 10 were Texans.

In accordance with the ruling, Texas Attorney General Ken Paxton must now find a way to alter the law without disrupting the upcoming election in November. Despite the ruling, Abbott said, “Texas will continue to make sure there is no illegal voting at the ballot box.”

“Purposeful racial discrimination can be ‘inferred’ even without a shred of discriminatory utterance,” 5th Circuit Judge Edith Jones wrote in dissent, adding that such decisions would “spawn inconsistent results and uncertainty” among future courts if the trend continues.