A Call to Repentance & Renewal

An Open Letter to Christian pastors, leaders and believers who assist the anti-Christian Progressive political movement in America 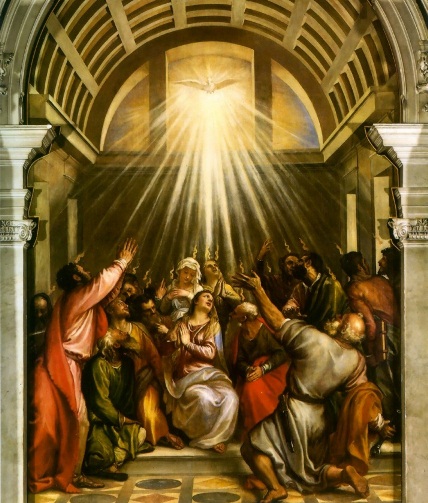 The feast of the Pentecost

We invite you to sign the letter, at the bottom

Each of us is called to repentance. Our entire nation will be revived as we return to the Lord. We, the evangelical and Catholic signatories below, know we are sinners forgiven by the saving work of Christ. And believers who normally turn the other cheek are, at times, also called to overturn tables. This is a moment for such believers to speak truth to power.

With hope for justice and restoration, thousands of Christian believers continue to urge ‘progressive’ evangelicals and Catholics to repent of their work that often advances a destructive, anti-Christian political agenda. Many believers mean well but don’t understand the financial, political forces at work, thus we write this letter (and videos) to pull back the curtain. We desire the best for you.

As leaked documents confirm, and as Rev. Jim Wallis of Sojourners eventually admitted, wealthy, anti-Christian foundations, following the lead of billionaire George Soros’s Open Society Foundation, fund and “rent”* curious “evangelical” and “Catholic” “mascots” serving as deceptive validators for their causes. The consequent realities include injury to countless people, the Church, the family, nation and the global Church including many martyrs.

We must reclaim the Church’s witness in the world. Biblical truth and wisdom are the highest love for human beings.  While God loves justice and mercy for all, many “social justice” campaigns are politically crafted and not the true Gospel. Only the truth of our sin, both personal and systemic, and Jesus’ atoning sacrifice for our salvation and rebirth, is true hope for persons and nations. The gospel charges all things with hope.

We are not here endorsing or denouncing a political candidate but reminding you of basic Christian morality. How ironic, stale and shameless for the very leaders whose ‘progressive’ policies have harmed minority communities to now falsely slander those with political differences as ‘racists.’ Under liberal leadership, Hispanics and African-Americans have suffered the loss of work and income, as well as rising urban violence and family disintegration including children targeted by abortionists for death. It’s time to tell the truth and rebuild together.

As Dr. Martin Luther King Jr. taught, “In contrast to ethical relativism, Christianity sets forth a system of absolute moral values.”  He wrote, “We need to recapture the gospel glow of the early Christians who were non-conformists …. Their powerful gospel put an end to such barbaric evils as infanticide …. Finally, they captured the Roman Empire for Jesus Christ.”

What wise and loving biblical morality would Jesus declare to be ‘hate-speech’?

What justification would Jesus offer for ending the lives of unborn children and selling their body parts to the highest bidder?

What money would Jesus give to a nation stating, “Death to Israel and America”?

What judges would Jesus appoint who attack Christian believers and the Church?

“Tolerance [of evil] is not a spiritual gift; it is the distinguishing mark of postmodernism and,

sadly, it has permeated the very fiber of Christianity.”  Rev. Dr. John Stott

Consider some of the consequences of ‘Progressive’ political activism over the past few decades:

A growth industry trafficking in human baby organs and body parts, funded and defended by the Democratic Party.

The abandonment of a biblical view of marriage that protected and liberated children and adults from centuries of pagan slavery, poverty, polygamy and non-life-giving sexuality.

The Transgender agenda including gender “reorientation” of our children, also being forced on our neighbors, businesses, schools, military and churches.

Heightened racial division and tension, and the growing phenomenon of paid demonstrators being recruited and dispatched to instigate protests that often become riots.

Amnesty efforts that attempt to give voting rights to millions of non-citizens, giving the results of our elections and nation’s future to many who disregarded our laws, customs, history, identity and values. This does not honor our long-standing tradition of legal immigration to those who come in good faith and to assimilate and bless America.

Hostility towards Judeo-Christian religious liberty in our courts, large corporations, media and universities including the suppression of conservative speakers, free thought and moral education.

The growing recognition of a “Deep State” within our government, including ideological bureaucrats embedded in our DOJ, IRS, FBI and Department of State, that intimidates and seeks to subvert conservative, patriotic and Christian groups that disagree with the ‘Progressive’ political establishment.

After such demoralization and pain, why would any religious leader ask Christians to embrace, support or vote for a Progressive political agenda that is clearly anti-Christian?

When Hillary Clinton stated during a 2015 speech at the Women in the World Summit that religious beliefs “have to be changed,” she revealed the radical Left’s war on Christian believers and the Church. And now the Religious Left claims that supporting such a view is the Christian thing to do?  This is spiritual abuse of human beings, the family, the Church and the nation.

“The framers of our Constitution meant we were to have freedom of religion, not freedom from religion.” Rev. Billy Graham

For many years, Soros’s Open Society and other liberal foundations have funded not only most of the disturbing campaigns mentioned above (1-10) but also the Religious Left, using and creating ostensibly evangelical and Catholic organizations to “message and mobilize” Christians into Progressive causes. They use the Marxist-Alinsky tactic of funding “ministers” who cherry-pick faith language to confuse and divide the Church’s morality, mission and vote.

At a time when many Christian ministries are struggling, a few of the Soros network “faith” and “interfaith” grantees are Jim Wallis of Sojourners, Richard Cizik’s New Evangelical Partnership, Telos, J Street to malign Israel, Catholics in Alliance for the Common Good, Faithful America and Gamaliel. Faith in Public Life to “counter” Christians and conservatives in the media and, with PICO, advocate for amnesty, mass Islamic migration, and even to attempt to influence the visit and priorities of the Vatican and Pope Francis himself. Billions of additional dollars to “Christian VOLAGs” for large scale “refugee” and migrant resettlement came from the Obama State Dept. and USAID.

Joining “faith” fronts, the Soros network also funds thousands of other collaborators and projects that suggest a pattern and goal to demoralize America (and Europe). The list includes: film studios and hundreds of media outlets; attempts to control the Internet; racial and gender agitation; euthanasia; drug legalization and “injection zones;” abortion and the “sex worker” industry; Al Gore’s Climate campaign; pro-Palestinian and anti-Israel projects; the rights of jihadists and Sharia advocates.

Many now ponder the end goal. Perhaps it is the imposition of a global monoculture. It is at least the destruction of our national identity through demoralization, open borders, drugs, crime, law-fare and media propaganda — the “fundamental transformation” (weakening) of American civil society for the leveraged power of global ‘elites.’ (Mr. Soros has manipulated Asian currencies and elections, broken the Bank of England, is a convicted felon for insider trading in France and is demoralizing many European, African and Latin American nations, while manipulating their elections.) 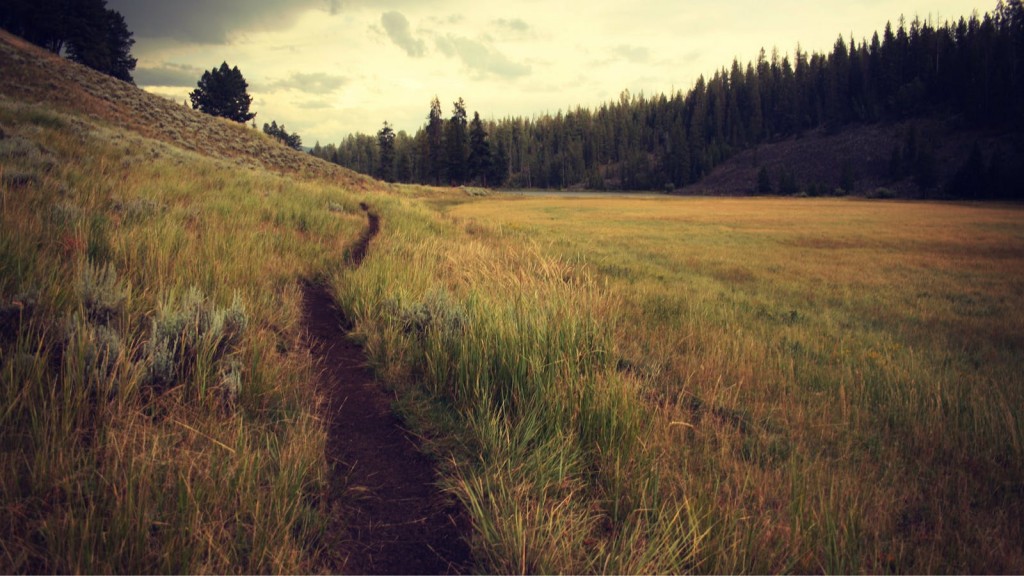 We urge you to resist collaboration with persons and organizations that receive money from Soros and related globalist social engineers. We must not give control of America’s future to this radical, anti-Christian political and social agenda.

Our true America is more just, generative and loving than the “new America” of stateless and “post-American” social engineers. Global socialism is a system of control over the lives of others. This sends us backwards. The hostility of the Progressive political agenda to biblical faith is foreign to the Spirit of Jesus. Instead, let us do justice to the American story and future. Though imperfect, it is a great forward leap in human dignity, freedom and actual progress.

And so we ask again, why do those who claim to share our faith in Christ continue to advocate for politicians who will pass legislation, and appoint justices and judges who will attack Christian liberty and persecute believers? Turning our nation over to the enemies of biblical faith does not honor Christ, promote love of neighbor, or advance God’s kingdom in the world.

We ask those who have intentionally or unwittingly aided the Progressive agenda in the past to look at the actual consequences of their policies. Please stop inviting fellow believers to assist global profiteers and political activists who are determined to de-Christianize America. Please repent, refuse funding and turn away from those who attack the Church and injure the nation.

Only the Gospel restores hope. Let us return to the whole counsel of Scripture, not the political abuse of Scripture.  Together, we can commit to healing, wisdom and renewal of our faith and culture. Let’s stimulate humility and gratitude, not pride and entitlement. Let’s see the image of God in people and enable the virtuous cycle of creativity, opportunity, work, productivity, wealth and thus greater voluntary generosity. (We will explore solutions at AmericanEvangelicals.org). To the Church in every nation, now is the time to pray, to speak and to act with Godly courage. If America continues to fall, the mission of the global Church also suffers. We are bound together. Let us stand together.

“Courage is contagious. When a brave man takes a stand, the spines of others are often stiffened.” Rev. Billy Graham

In faith, hope and Agape love, we write as now thousands of evangelical Protestant, Orthodox and Catholic followers of Jesus Christ, stewards of the nation he has placed us in, and fellow workers for the Kingdom of God in the world He loves.

Eric Metaxas, author of Bonhoeffer; Amazing Grace; If You Can Keep It