A Change I Have to Make 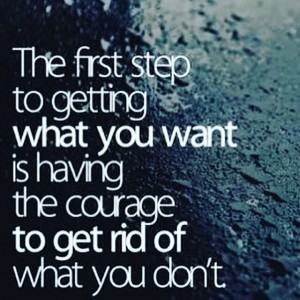 Pessimism is just something I was born with. It’s a defensive mechanism of sorts, and it works like a charm. If you don’t get your hopes up, you aren’t disappointed if you don’t get the outcome you wanted. And, if you succeed, you get to be pleasantly surprised. Win-win, right? Not hardly.

Watch a sporting event or talk politics with a true pessimist. It’s absolutely draining. Negativity kills. Sadly, I’ve realized that negativity has bled into my Christianity, and maybe you’ve noticed that pessimistic streak in your outlook as well. Why doesn’t the church succeed like it once did? Maybe because we’re holding it back before it even has a chance. Consider how this religious pessimism manifests itself.

We spend so much time on “getting church right” by writing articles and having discussions on what we’re doing wrong, and that’s not necessarily a bad thing. In a sense, that’s what this piece is, and that’s also what much of the Christian blogosphere exists to discuss. (Also – while not comparing any of us to a writer inspired directly by God – church improvement was a massive part of what Paul covered with his writing). But, it also can get to the point where we’re just nitpicking or offering a picture of the church as something that has little value. And then we’re surprised when people stop attending church because they find little value in it. Additionally, we can be critical of the congregations we attend or the congregations around us. If we’re not careful the bitterness and negativity can build without a counterbalance.

But it doesn’t just stop with our outlook on the church from the inside. I can’t tell you how many times I’ve heard Christians talk about how the world isn’t interested in the Gospel anymore, and I’ve been guilty of having that attitude as well. There is a debilitating pessimism among many Christians today concerning evangelism and outreach. “That won’t work.” “They don’t want to hear it anyway.” “We’ve tried all of that before.” We can defeat the work long before it starts if we’re not careful.

Couple our evangelistic pessimism with the decline of Christianity in America and we just assume that our doom is inevitable. Along with that we have the constant fear and handwringing (again, something I’ve participated in) over a citizenry that glorifies sin and refuses the mention of Jesus Christ’s name.

It all just keeps adding up, and a permeating sense of negativity and pessimism sets in. But what kind of people proclaim they have the Good News and then live as pessimists? That’s a walking oxymoron that will absolutely cripple our testimony of Christ before the world.

Consider what Jesus had to say to His disciples in John 13-16, that wonderful section where He gathered with them shortly before His death. Right in the midst of a discussion where He told them that the world was going to persecute them greatly (15:18-25) He told them not to let their hearts be fearful (14:27) and that they should “take heart” (NASB) or “be of good cheer” (KJV) in 16:33. Why? Because He has overcome the world.

None of their peace and cheer was to be based on a favorable government or a religious world that was open to their preaching. They were to have that positivity because of Him, and so should we. We have a Savior who took on sin and death face to face and walked out of the tomb on the third day. How can we have a negative outlook on the world?!?

So, it’s time for people like me to stop the pessimism. No more focusing on the country’s demise. We can call a sin a sin, and then we can move on from the anxiety. Jesus has bigger plans for us, regardless of whether America as we know it continues to exist. No more criticizing the church without starting first with the reminder that Jesus loves the church, imperfections and all, and we should love her, too. No more sitting in our cushy building on Sundays bemoaning a world that has lost interest in the Gospel. That kind of pessimism gets us nowhere. We were just called to sow the seed, namely the seed that tells the world that there is a cure for their brokenness, and His name is Jesus. It’s time for positivity, encouragement, and joy, because greater is He who is in us than he who is in the world (1 John 4:4.