A Contagion Of Fear

Does anyone remember these words:  “The only thing we have to fear is fear itself”? Those words are from President Franklin D. Roosevelt’s First Inaugural Address delivered on March 4, 1933. These words were spoken at the height of the Great Depression.

My parents lived through the Great Depression (and two World Wars). I grew up listening to their experiences of living in the Depression. For poor people (which my parents were), the Depression was horrific. Today’s Americans k 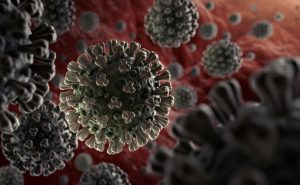 now nothing of suffering in the magnitude of that terrible period of U.S. history.

And I can tell you emphatically that at no point did my parents (or grandparents or aunts and uncles) ever show fear. Never! Neither did they demonstrate selfishness nor panic. They spoke repeatedly of deprivation, sickness and want, but never of fear. And selfishness was not in their vocabulary. In the worst of times, they prayed, worked and worshiped together.

Today, there is a contagion sweeping the country alright: It’s a contagion of FEAR. Dr. Ron Paul suggests the coronavirus is a hoax. In a column entitled The Coronavirus Hoax, Dr. Paul said: People are “willing to give up freedoms for promises that the government will take care of them.”

“State and local authoritarians love panic as well,” he continued before singling out U.S. infectious disease expert Dr. Anthony Fauci as the chief fearmonger of the Trump Administration. “Fauci is all over the media, serving up outright falsehoods to stir up even more panic. He testified to Congress that the death rate for the coronavirus is ten times that of the seasonal flu, a claim without any scientific basis,” Paul wrote. “Over what? A virus that has thus far killed just over 7,000 worldwide and less than 400 in the United States?”

“People should ask themselves whether this coronavirus ‘pandemic’ could be a big hoax, with the actual danger of the disease massively exaggerated by those who seek to profit – financially or politically – from the ensuing panic.”

Dr. Paul’s remarks are well taken. If it’s not a hoax, the virus IS being used as a completely exaggerated, super-hyped, super-inflated psychological ops campaign against the American people—a coordinated full-court press of intimidation and fearmongering by the government, the mass media and the CDC. And disgustingly, many so-called patriot bloggers and broadcasters have also given themselves over to grotesque fearmongering. 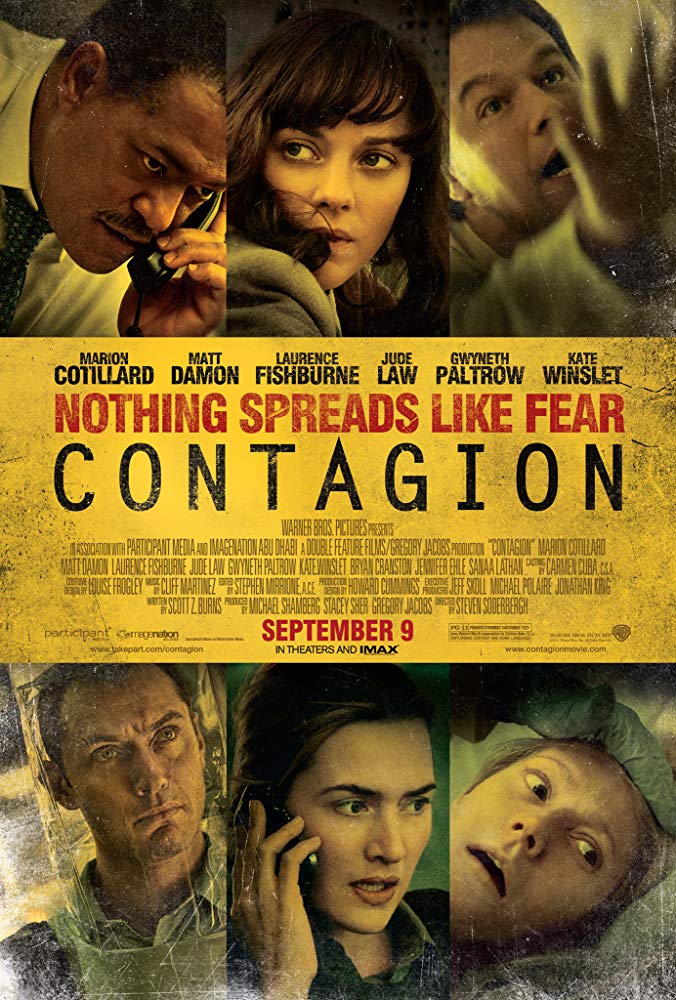 Plus, did you know that the U.S. Marine Corps has psychological operations units and is paying individual Marines $40,000 to transfer to these units? How do we know that these military psyops units are NOT being used against the American people right now?

What we do know is that all of this fearmongering has worked brilliantly. As Edmund Burke opined, “No passion so effectually robs the mind of all its powers of acting and reasoning as fear.”

A large segment of our population—probably a majority—is in deep panic. And not only does that mean empty shelves, empty classrooms and empty restaurants; it means empty minds. People everywhere are begging the government to protect and save them.

Mark this down: When people are consumed with fear, they have already surrendered their hearts and minds to tyranny. What we are witnessing today is Medical Martial Law.

In addition, Dr. Paul is right in asking who is profiting from this government/media-induced panic. Who exactly is profiting from the coronavirus? I’ll tell you: international bankers, socialist politicians, the Welfare State, Big Pharma, the Police State, government bureaucracy, etc. I’ll say it straight out: The CDC is nothing but a professional, government-backed lobby group for Big Pharma.

Both parties in Congress and President Trump are pouring over at least two trillion taxpayer dollars for more and more government control over our lives. And the government/media mafia is willing to totally tank the U.S. economy in the process.

Trump says that no more than 10 people should congregate. Okay, that means the U.S. House and Senate should shut down immediately. It means U.S. military troops must shut down operations involving any unit more than squad size. It means Trump’s cabinet must immediately go home and stay home.

It means police departments must immediately disband their shift meetings and dissolve their SWAT teams. It means the FBI, ATF, BLM, etc., must disband all units numbering more than 10. It means the U.N. must close immediately. It means State capitals and county governments must send home all of their clerical staff numbering over 10. And the CDC must close any laboratory or office involving 10 or more people.

Does anyone really think any of that is going to happen? As usual, members of government believe themselves to be above the rules and restrictions they place on everyone else. 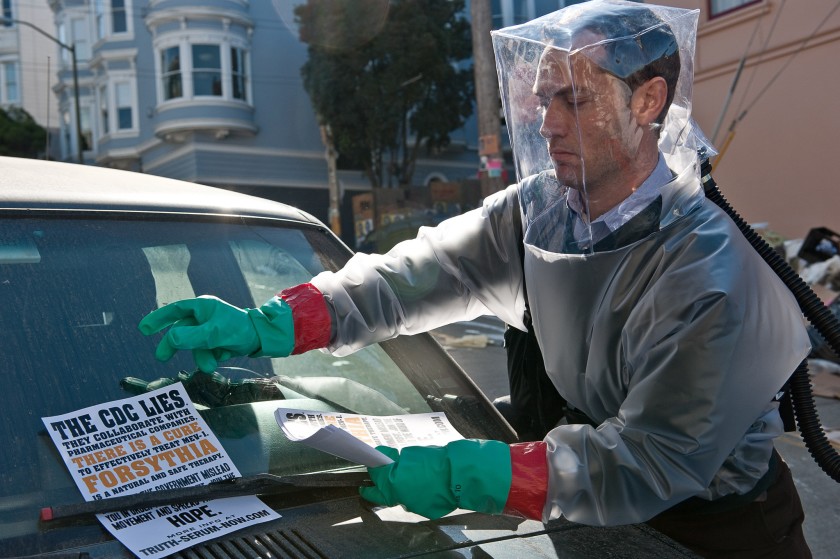 Scene from the movie Contagion of Lies

Think of it another way: Every year, as many or more Americans die of the flu than were killed in all of the Vietnam War. And no panic! No closed restaurants. No empty shelves in stores. No presidential plea to stay home. No closed churches. No businesses shutting down. No panic!

Most countries don’t have a smidgen of test kits for COVID-19. For that matter, most of the states in the United States don’t even have sufficient test kits for COVID-19. And many of the testing kits that have been dispensed here in America have already been returned, because they didn’t work. So, you’re trying to tell me that all of these foreign countries have accurately diagnosed these deaths as being from the coronavirus or COVID-19? Give me a break!

People with weakened immune systems from other diseases are susceptible to any virus—including corona. And for some, contracting corona could be the last straw or could lead to the last straw. But that does not mean that corona is a death sentence. Far from it.

The next time you hear of another reported case of “coronavirus,” remind yourself that this is most likely not COVID-19. The CDC and fearmongers in the government and mass media want to scare us with the word “coronavirus” and make us believe that everyone who has corona has COVID-19 and is going to die. IT JUST ISN’T SO. This is pure fearmongering designed to produce panic.

One absolutely cannot trust much of the data provided by the World Health Organization and the CDC. These organizations have a vested interest in exaggerating data to the worst-case scenario, as frightening reports guarantee increased financial assistance for these organizations from the government.

A physician who is a Public Health Medical Advisor to two Montana counties gave the following warning as to the lasting deleterious consequences that this overreaction of fear and panic will have on our country: 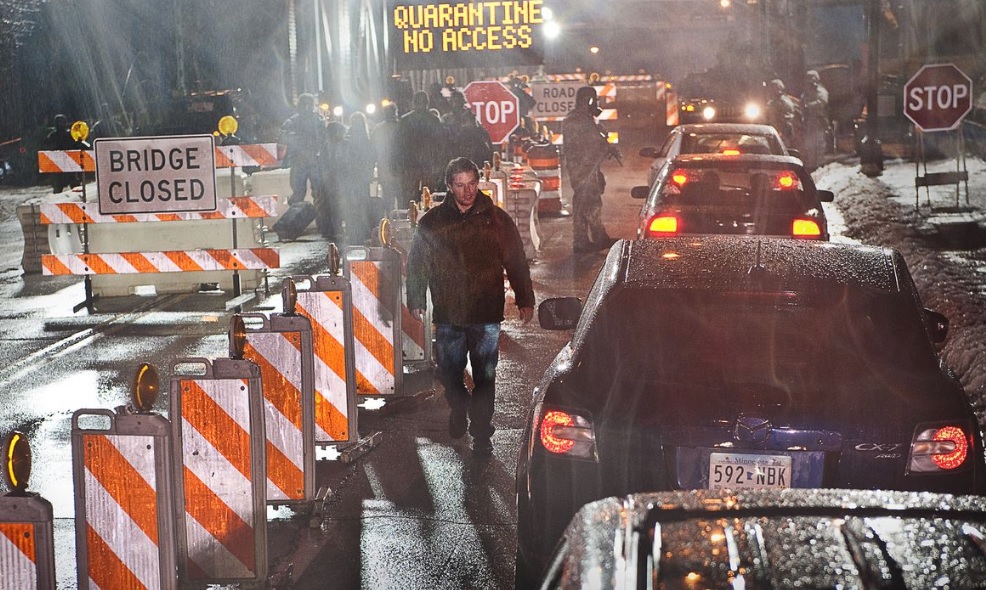 Scene from the movie Contagion

You know why they don’t report those facts. They are deliberately creating fear and panic all over the world. In order to make the American people fall for this hype and hysteria and convince them that this is a legitimate pandemic, they had to create fear and panic in the rest of the world first.

Even more than the financial losses that this manufactured crisis is costing us Americans is the loss of our First Amendment liberties. Believe it or not, there was a time in this country when liberty was more important to the American people than their lives or their fortunes. Can anyone remember Patrick Henry and the signers of our Declaration of Independence?

Those days are gone. The government has no authority to dictate how many people choose to congregate for any peaceful purpose. Our First Amendment states:

Congress shall make no law respecting an establishment of religion, or prohibiting the free exercise thereof; or abridging the freedom of speech, or of the press; or the right of the people peaceably to assemble.

The coronavirus or any other “emergency”—real or imagined—does NOT cancel or negate the Constitution and Bill of Rights. That’s why I’m saying, what we are witnessing is Medical Martial Law. It is unadulterated, unabashed government tyranny.

Know this: The Big Government, Police State policies that are starting to take root in our country right now will be with us a long time after the coronavirus is gone. We have far more to fear from Big Government tyranny than we do from any virus.

Every problem the government touches only gets worse. And that’s exactly what’s happening right now. You may think all of this is a benevolent effort of a well-intentioned government and news media to help stave off a crisis. I don’t buy it.

It was also Franklin D. Roosevelt who said, “In politics, nothing happens by accident. If it happens, you can bet it was planned that way.”

This coronavirus scare will end 1) when the powers behind it accomplish what they want to accomplish, which always means more government and less freedom, or 2) when the American people on the whole get tired of the government’s heavy-handed “solutions” and say, “That’s enough!” Personally, I vote for the second option and wish the American people would hurry up. They have waited too long already.

One more note: It is now very obvious that evangelical Christians will not lead any liberty charge. They are the first ones to run and hide at the sign of danger.

We fought a War for Independence, a War of Northern Aggression and two World Wars. We’ve endured floods, famines, wildfires, tornados, earthquakes and hurricanes. And through it all, our Christian ancestors maintained a courageous and faithful presence in the House of God.

When British troops were marauding through the Colonial countryside, Christians faithfully observed the Lord’s Day together in church. I remember my mother saying she rarely missed a church service during the Great Depression. The Sunday after Hurricane Ivan had seriously damaged our church buildings and devastated our entire community in 2004, we held our Lord’s Day service in the church parking lot. 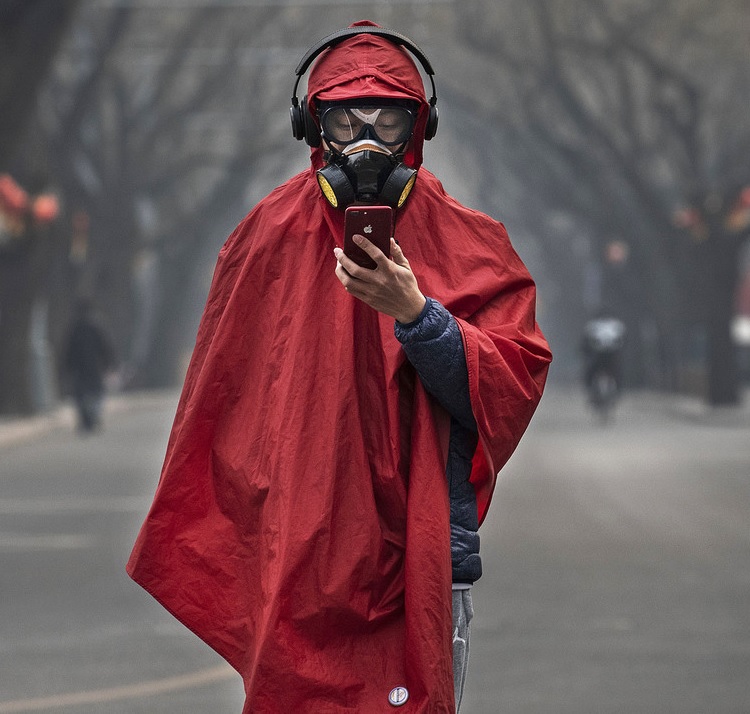 In times of disaster, war and pestilence, our Christian forebears led their communities into a stronger faith in God through their loving devotion to united worship. Those days, too, are gone.  Now, Christians are among the first to shut the doors of their sanctuaries, leaving a distraught public to find spiritual solace somewhere else.

In this regard, the only Christians Donald Trump cares about are the multimillionaire televangelists who spend their week on television fleecing the flock instead of feeding it. The true pastors who are in the trenches with the people, providing spiritual leadership, courage and hope, are expected to follow Trump’s demands to “stay home” and fend for themselves as best they can—and leave their flock to do the same.

Today, commitment to God is measured by how many Trump rallies we attend or how often we raise an Israeli flag. I truly wonder what evangelicals would have done had Barack Obama told them that no crowd over ten should congregate—in their churches or anywhere else. Maybe evangelicals will find their backbone after a Democrat returns to the White House.

As it stands right now, America—including Christian America—is suffering from a contagion of fear, which, as FDR said, is what we should fear most.

Watch Chucks resent message A Contagion Of Fear at https://chuckbaldwinlive.com. In it he reviews the history of the coronavirus, pointing out who is profiting from the virus and show the loss of liberties and increase of Police State tyranny that are being created by this medical scare. Most of all, he shows the teaching of God’s Word for Christians to never be consumed with the spirit of fear but to continue to stand for what is right and trust God.