A look at international religious freedom

By law, the State Department documents religious freedom conditions in nearly 200 countries around the world, providing useful data for the executive branch and Congress. The report is supposed to come out by May 1 each year, but officials didn’t unveil this year’s publication until Aug. 15.

I asked Ambassador Michael G. Kozak, a senior adviser in the State Department’s bureau of democracy, human rights, and labor, about the delay.

“When you’re trying to get high-level people involved in the rollout and so on, trying to get all the stars to align sometimes takes a little bit of time,” he said.

It’s notable that Secretary of State Rex Tillerson personally unveiled the report with an accompanying statement. To the delight of religious freedom advocates, Tillerson clearly labeled Islamic State as a perpetrator of genocide against religious minorities in Iraq and Syria—something the Obama administration refused to do until March 2016. 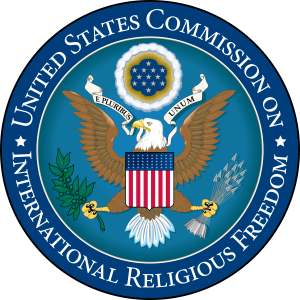 But President Donald Trump’s State Department remains significantly understaffed. Nearly 100 out of 141 key positions within the department don’t have a nominee yet. And 21 Trump nominees still need Senate confirmation before they can start their jobs, according to a list The Washington Post compiled in collaboration with the Partnership for Public Service.

One of those waiting is Kansas Gov. Sam Brownback, whom Trump nominated as the ambassador-at-large for international religious freedom on July 27. The ambassador plays a key role in helping the White House address human rights violations around the world. The position has been vacant since Trump took office in January.

Now that the State Department’s report is out, it has 90 days to designate nations as “countries of particular concern”—which could alter diplomatic relations and induce sanctions from Congress. For the first time, USCIRF recommended Russia as a country of particular concern for its treatment of Russian citizens and the abuse of its neighbors, Ukraine and Crimea. Mark hopes Tillerson will agree Russia should be on the list at the end of the 90-day period.