As Providence students were preparing to return to a school system that the Wall Street Journal recently labeled “An Education Horror Show,” the school department was preparing to start the school year on a positive note.  Part of the strategy was to give every student a motivational book titled Shoot Your Shot, by Vernon Brundage, Jr. 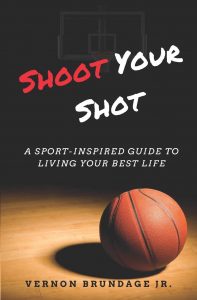 Progressive complaints put a stop to that.  The book tells the personal stories of the lives of NBA players and makes passing references to God. While activists may have a problem with any mention of a supreme being, some Rhode Islanders might find it to be a valuable counter to the official Providence school’s summer reading list posted online (at oceanstatecurrent.com) by Reading Intervention Specialist Tricia Bowler and prepared by Providence Community Library & Providence Public Library staff.

Over their summers, high school students were encouraged to read a variety of progressive works and sexually explicit novels.  One of them is on the American Library Association’s list of “The Top 100 Banned/Challenged Books,” and it refers to God 34 times, although mostly as a swear or point of emphasis. The book, America, by E.R. Frank, details child sexual abuse.

The book contains graphic sexual content involving an eight-year-old and his caretaker. The boy — named America — describes how he physically enjoys sexual acts with his molester, Browning:

We don’t read stories too much anymore. Sometimes it starts out like that, but mostly Browning just begins by touching. At first, I believe him that it’s cool, because it feels real nice. He talks to me soft, and his voice gets low, and he pats me all light, the way a father would take care of his baby, and it feels good. He tells me how what we’re doing is a special secret, and how he wouldn’t get with just anybody this way, and how he’s helping me learn how to be a man, and how I’m such a good learner.

The nice part used to make me forget that it’s dirty but lately Browning’s stopped talking to me. 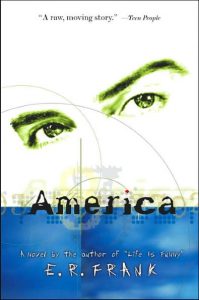 Lately, he gets quiet and goes far away while it’s happening, and even though he looks at my face, he doesn’t see me. Then it still feels good in my body, but it feels bad everywhere else, especially when after it’s over, he starts snoring without getting into his own bed, and he’s real heavy and makes my arm or my leg fall asleep, and he doesn’t even say good night.

As the characters begin to fear that the molestation will be discovered, Browning threatens to remove the skin off of America’s fingers with a carrot peeler leading to America setting Browning on fire.

Frank writes using the child’s perspective: “Or what if I can’t help it, and I end up telling her about Browning and me, and she doesn’t believe it? Or what if she does believe it, and she wonders why I don’t make Browning stop, and then she figures out that my body even likes it, a little?”

There is no indication on the reading list that the novel explores these themes.  Providence parents may be dismayed to find out that the school district is presenting disturbing sexual themes to children as young as fourteen through the reading list.

“We should just let our kids be kids. I don’t want my children exposed to these kinds of ideas yet, I’m very careful about what they can read. My oldest is only 13. Stuff like this is one more reason why I home school, and we need more school choice. I can’t trust the Providence School System with my kids.” said Ceasare Rivas. Rivas is a mother of two who lives in Providence.

The reading list, made up of over 40 books for grades nine and ten, includes numerous social-justice-warrior-inspired works.  A review of the Good Reads summaries of the books on the freshman and sophomore list revealed no books that apparently present a Christian, conservative, or traditionalist perspective.

Making the summer reading list for 14-year-olds is Honor Girl, by Maggie Thrash, a cartoon story about a lesbian experience at summer camp. Also, on the list is Symptoms of Being Human, by Jeff Garvin, a story about a gender-fluid teen. Simon vs. the Homo Sapien Agenda, by Becky Albertalli, is on the list and tells the story of a homosexual teen blackmailed for engaging in an online relationship. The Absolutely True Diary of a Part-time Indian, by Sherman Alexie, has been banned for discussion of adult themes, but is recommended for Providence students.  So are two books about sexual violence, Asking For It, by Louise O’Neill, about the gang rape of a teenager, and All the Rage, by Courtney Summers, about sexual assault.

Many of the books on the summer reading list explore a racial divide in America from a progressive perspective.

None of these books attracted any attention or media coverage, let alone the level of scandal generated by Shoot Your Shot.  Tyler Rowley, a millennial pro-life activist and president of Servants of Christ for Life, wrote the following about that controversy in a letter to the Providence Journal:

A crumbling school system. Kids not learning. Kids not caring. Kids hurting. Drugs. Gangs. Broken homes. Bullying. Isolation. A book emerges to help inspire. It mentions God. A glimmer of the transcendent! Hope! Objective truth! Purpose! And then, a few teachers are offended that the book has “religious undertones.” The book is pulled as mandatory reading. Back to school.