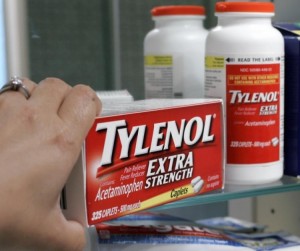 (NaturalHealth365) Most people assume that if a drug is sold over the counter, it must be safe. However, even at recommended doses, some of these drugs have serious risks and side effects. The pain reliever acetaminophen is one disturbing example.

Acetaminophen, sold under the brand name Tylenol but also in generic form, has been on the shelves for decades now. This is in spite of the fact that there are many dangers associated with it, including the risk of Tylenol overdose.

The risks of liver damage from combining acetaminophen and alcohol have been known since the 1980s. Taking the drug while fasting can also cause severe liver problems.

Every year, acetaminophen’s dangerous effects on the liver cause 56,000 emergency room visits, 100,000 calls to poison control centers, 26,000 hospitalizations, and over 450 deaths. In fact, acetaminophen is the cause of more acute liver failure cases than all other medications combined.

While the FDA would be quick to shut down any vitamin or supplement company that caused these results, acetaminophen is still on the shelves.

Would you call this criminal behavior by the drug companies and FDA?

Despite countless cases of liver damage and Tylenol overdose since its launch decades ago, the Johnson & Johnson company is allowed to keep making the drug, and it continues to be sold over the counter. Do you need any more proof of whose interests the FDA is really protecting?

Acetaminophen is a liver toxin even at standard doses. When metabolized, it releases toxic N-acetyl-benzoquinoneimine (NAPQI). Exceeding the recommended dose even slightly can potentially damage the liver and lead to overdose.

Factors like alcohol consumption and fasting exacerbate its toxicity. Nearly half of all acetaminophen overdoses are unintentional, as in cases where people take more than the recommended dose in an effort to relieve intense pain.

Consumers must be vigilant about all drugs, even those sold over the counter

Tylenol overdose can also occur when someone is taking multiple medications for a variety of symptoms and doesn’t realize that most or all of them contain acetaminophen. Unintentional acetaminophen overdoses are actually more difficult to treat, as the exact amount ingested is often not known. Infants and children are at particular risk for kidney and liver damage when given acetaminophen.

The fact that this toxic pain reliever is still on the shelves is appalling. The number of liver failure cases, overdoses and deaths due to acetaminophen toxicity is unacceptable, especially since it is an over-the-counter pain reliever that anyone can buy without a prescription.

At the very least, more visible and informative warnings should be printed on package labels and publicized by both drug companies and healthcare professionals. So far, despite numerous calls for educational campaigns and increased safety measures, the FDA still has not taken decisive action. For now, consumers should continue to educate themselves and others about the potentially grave dangers of acetaminophen.