“Pornography is the new tobacco and that’s good news,” Haley Halverson of the National Center on Sexual Exploitation said Aug. 3 during a Family Research Council policy lecture. “Pornography is pervasive and popular today—there’s no denying it and it’s a really serious problem we have to address. But so was smoking in the 1950s. It was popular, everybody did it—it was considered glamorous. But as the harms became more apparent, as the research was sent out to the public and was able to be digested by them, both the general public and elected officials demanded a public health approach to the problem.” 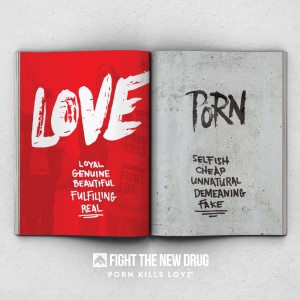 During the Republican National Convention in Cleveland last month, delegates unanimously adopted an amendment to the party platform to call pornography a public health crisis that is destroying lives.

“Pornography, with its harmful effects, especially on children, has become a public health crisis that is destroying the life of millions,” the amendment stated. “We encourage states to continue to fight this public menace and pledge our commitment to children’s safety and well-being.”

Democratic presidential nominee Hillary Clinton refused to sign the pledge. Clinton said on principle she agrees with the effort but her campaign will not sign any pledges during the election season.

“This is not a partisan issue,” Halverson said. “This is an issue that everyone, whether they are concerned about the human dignity, the value of family, the impact that it has on women, can all come together and agree on this.”

“People are exposed at such an early age that they are getting their sexual education from pornography,” she said. “This might be the first thing they learn about sex—that is sex is violent and women like it.”