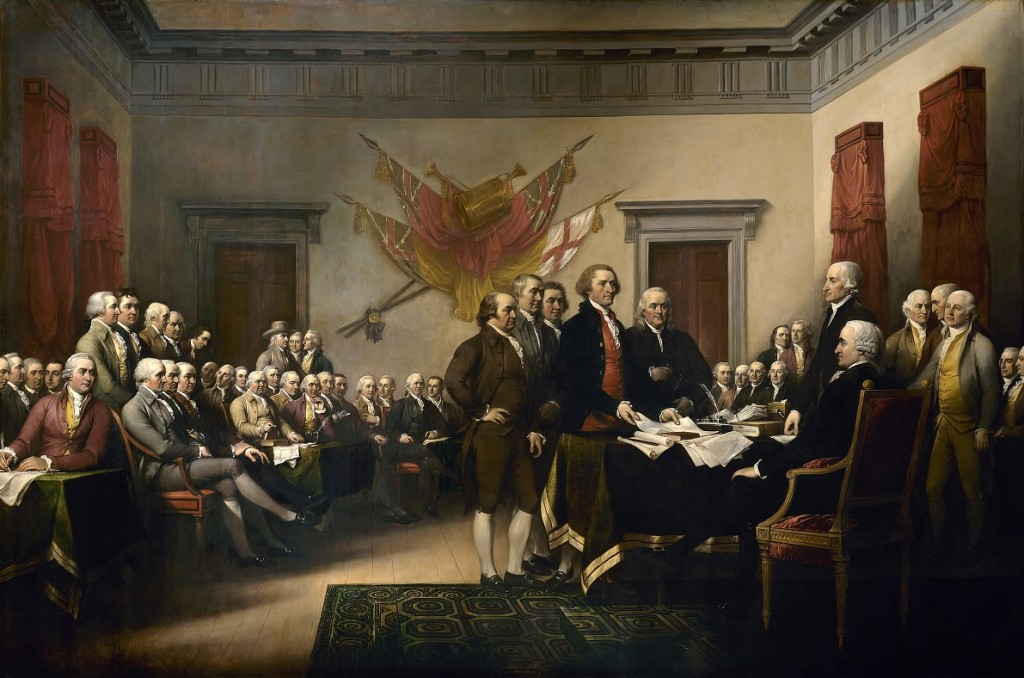 One of the reasons why America has gotten so far off track is because most of the population has forgotten that our founders intended our country to be a Christian nation with laws based upon the principles found in the Word of God. The other day I encouraged my readers “to look into why our founders came to this country in the first place, what they believed was most important in life, and how they viewed the world”, and this is precisely what I was talking about. The United States was founded by waves of Christian immigrants from Europe, and these were people that took their faith extremely seriously. These days there are so many people running around saying that we should “get back to the Constitution”, but the Constitution itself was based upon the laws, values and principles in the Bible. If we truly want to get back to the way that our founders intended this country to run, we have no choice but to get back to the Bible.

I know that there are a lot of “liberals” out there that would like to angrily deny that America was founded as a Christian nation.

But facts are facts, and nobody can deny that virtually everyone that came to this continent in the early days was a Christian. The following comes from an outstanding piece by Dr. Mark David Hall…

One possibility is simply that the Founders identified themselves as Christians. Clearly, they did. In 1776, every European American, with the exception of about 2,500 Jews, identified himself or herself as a Christian. Moreover, approximately 98 percent of the colonists were Protestants, with the remaining 1.9 percent being Roman Catholics.

Originally there were 13 colonies, and those 13 colonies were governed by laws that were very closely based on the Bible. In fact, sometimes large portions of Biblical text were incorporated directly into the statutes…

Early colonial laws and constitutions such as the Mayflower Compact, the Fundamental Orders of Connecticut, and Massachusetts Body of Liberties are filled with such language—and in some cases, they incorporate biblical texts wholesale. Perhaps more surprisingly, tolerant, Quaker Pennsylvania was more similar to Puritan New England than many realize. The Charter of Liberties and Frame of Government of the Province of Pennsylvania (1681) begins by making it clear that God has ordained government, and it even quotes Romans 13 to this effect. Article 38 of the document lists “offenses against God” that may be punished by the magistrate, including:

An extensive survey of early colonial constitutions and laws reveals many similar provisions. As well, at least nine of the 13 colonies had established churches, and all required officeholders to be Christians—or, in some cases, Protestants. Quaker Pennsylvania, for instance, expected officeholders to be “such as possess faith in Jesus Christ.”

Perhaps you think that such laws are unduly harsh. But thanks to such laws the colonies did not have the same sorts of problems that plague us today. They didn’t have rampant street crime, tens of millions of citizens addicted to drugs and alcohol, and more than a hundred million citizens with sexually-transmitted diseases like we do.

This nation was founded by people that lived out their faith on a day to day basis. It was the essence of who they were, and it influenced literally every decision that they made.

I would like to share with you a list of quotes from early American leaders that show that these were Christian men that believed that the Bible is the Word of God. All of these quotes were pulled from the Wall Builders website, and as you can see they are pretty powerful… 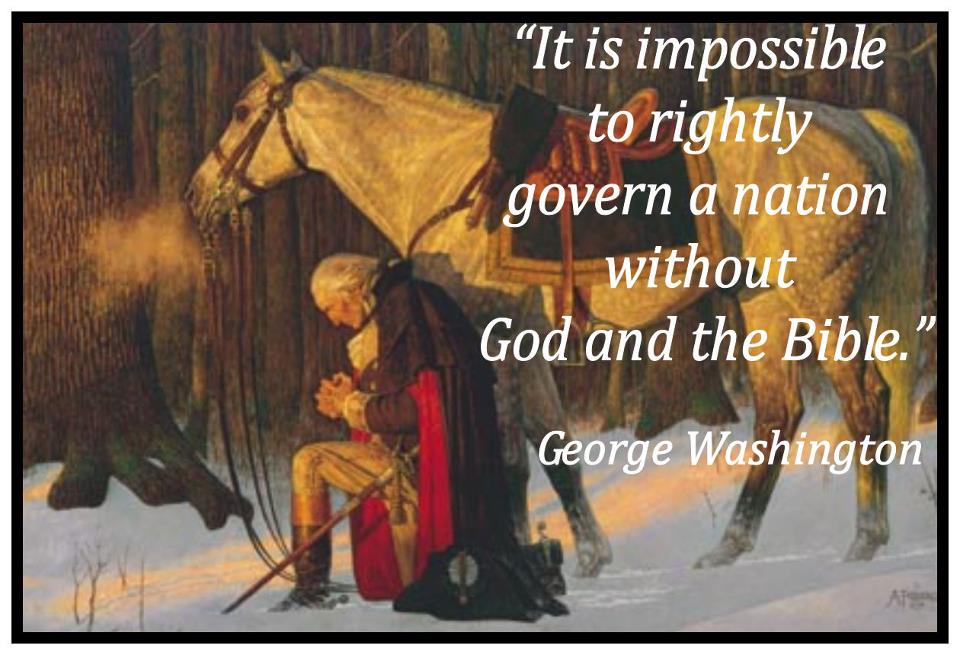 George Washington (first president of the United States): “You do well to wish to learn our arts and ways of life, and above all, the religion of Jesus Christ. These will make you a greater and happier people than you are.”

James Madison (fourth president of the United States): “A watchful eye must be kept on ourselves lest, while we are building ideal monuments of renown and bliss here, we neglect to have our names enrolled in the Annals of Heaven.”

John Quincy Adams (sixth president of the United States): “The hope of a Christian is inseparable from his faith. Whoever believes in the Divine inspiration of the Holy Scriptures must hope that the religion of Jesus shall prevail throughout the earth. Never since the foundation of the world have the prospects of mankind been more encouraging to that hope than they appear to be at the present time. And may the associated distribution of the Bible proceed and prosper till the Lord shall have made “bare His holy arm in the eyes of all the nations, and all the ends of the earth shall see the salvation of our God” [Isaiah 52:10].”

Samuel Adams: “I conceive we cannot better express ourselves than by humbly supplicating the Supreme Ruler of the world . . . that the confusions that are and have been among the nations may be overruled by the promoting and speedily bringing in the holy and happy period when the kingdoms of our Lord and Savior Jesus Christ may be everywhere established, and the people willingly bow to the scepter of Him who is the Prince of Peace.”

John Hancock: “Sensible of the importance of Christian piety and virtue to the order and happiness of a state, I cannot but earnestly commend to you every measure for their support and encouragement.”

Patrick Henry: “Being a Christian… is a character which I prize far above all this world has or can boast.” 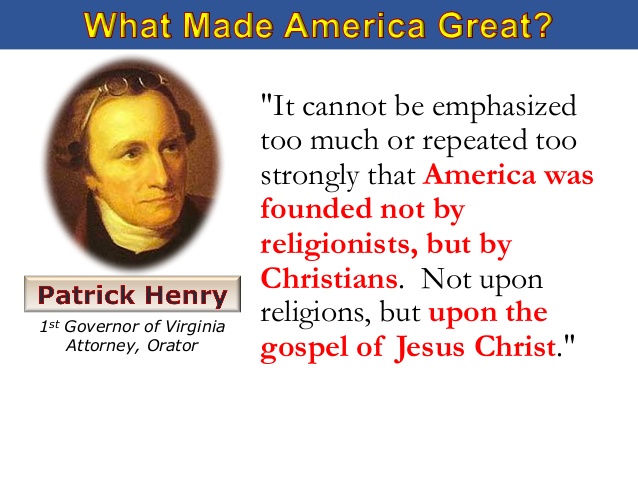 John Jay: “Providence has given to our people the choice of their rulers, and it is the duty as well as the privilege and interest of our Christian nation, to select and prefer Christians for their rulers.”

George Mason: “I give and bequeath my soul to Almighty God that gave it me, hoping that through the meritorious death and passion of our Savior and Redeemer Jesus Christ to receive absolution and remission for all my sins.”

Daniel Webster: “[T]he Christian religion – its general principles – must ever be regarded among us as the foundation of civil society.”

Noah Webster: “The moral principles and precepts found in the Scriptures ought to form the basis of all our civil constitutions and laws.”

Some that will read this article will raise the objection that there were a number of our founders that may have given lip service to the Christian faith but at the same time were heavily involved in secret societies such as Freemasonry.

That certainly is true, and the same thing could be said about many of our politicians today. The world of politics has always been a magnet for evil, and that will remain the case until the return of the Lord Jesus.

But in general, early America was a society that was absolutely immersed in the Word of God, and our founders were a product of that culture. I would like to share with you a short excerpt from an outstanding article by Dr. Daniel L. Dreisbach, the author of “Reading the Bible with the Founding Fathers“…

The founders, as I document in my new book “Reading the Bible with the Founding Fathers,” lived in a biblically literate society. Their many quotations from and allusions to both familiar and obscure biblical texts confirm that they knew the Bible from cover to cover. Biblical language and themes liberally seasoned their rhetoric. The phrases and intonations of the King James Bible, especially, influenced their written and spoken words. Its ideas shaped their habits of mind. 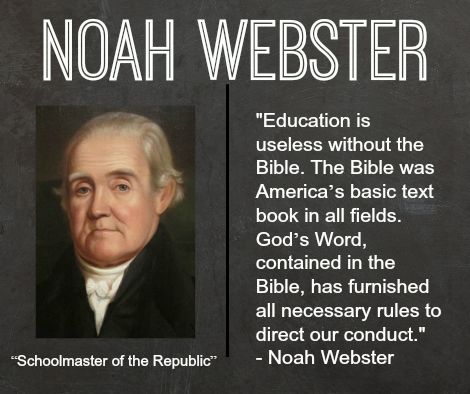 The Bible left its mark on their political culture. Legislative debates, pamphlets and political sermons of the age are replete with quotations from and allusions to the Bible. Following an extensive survey of American political literature from 1760 to 1805, political scientist Donald S. Lutz reported that the Bible was cited more frequently than any European writer or even any European school of thought, such as Enlightenment liberalism. Approximately one-third of all citations in the literature he surveyed were to the Bible. The book of Deuteronomy alone was the most frequently cited work, followed by Montesquieu’s “The Spirit of the Laws.” In fact, Deuteronomy was referenced nearly twice as often as Locke’s writings, and the Apostle Paul was mentioned about as frequently as Montesquieu.

No book influenced our founders more than the Bible did, and they succeeded in establishing the greatest republic that the world had ever seen.

We hold these truths to be self-evident, that all men are created equal, that they are endowed by their Creator with certain unalienable Rights, that among these are Life, Liberty and the pursuit of Happiness.

Like the men that founded this nation, I am proud to be called a Christian, and I am proud to say that I believe that the Bible is the Word of God.

The only hope for the future of this nation is the same faith that gave birth to this nation.

My hope is that my fellow countrymen will open their eyes to this fact before it is too late.