By Chad Dou and Mark Ellis

A mind-blowing full-scale replica of Noah’s Ark is nearing completion in Williamstown, KY, displaying the remarkable grandiosity of the all-wood colossus.

While Noah and his family spent 100 years toiling on the ark, Ken Ham and his construction team — including dozens of Amish carpenters — will have taken five years by the time they are finished in July and it opens to the public.

“We want to reach millions more about the truth in the Gospel, the words of God,” said Ham, who is also the founder of the Creation Museum located 40 miles from the Ark. “I believe that the Ark of Noah is the greatest reminder we have for salvation.”

At 510 feet long, 85 feet wide and 51 feet high, the replica is so big it actually shatters previous records — becoming the biggest all-timber structure in the world, according to Ham.

To mount the massive construction, Ham employed several dozen Amish carpenters to apply their traditional carpentry skills to meet the Genesis specs. The interior of the ark will have three stories and 130 exhibits, including animal specimen and statues of Noah.

The Ark Encounter website hopes the project will dispel the aura of childhood fantasy that is associated with the interior of Ark story. “We consider the fairy-tale ark that appears in the drawings, kids’ books and toys, looking like a bathtub with the giraffes’ heads sticking out and modern animals on board, to be dangerous. The biblical account of the Ark and the Flood is not a fun story about an old man and lots of cute animals. It’s about God judging an exceedingly wicked world while sparing a righteous man, his family, and representatives of the land animals from destruction.” 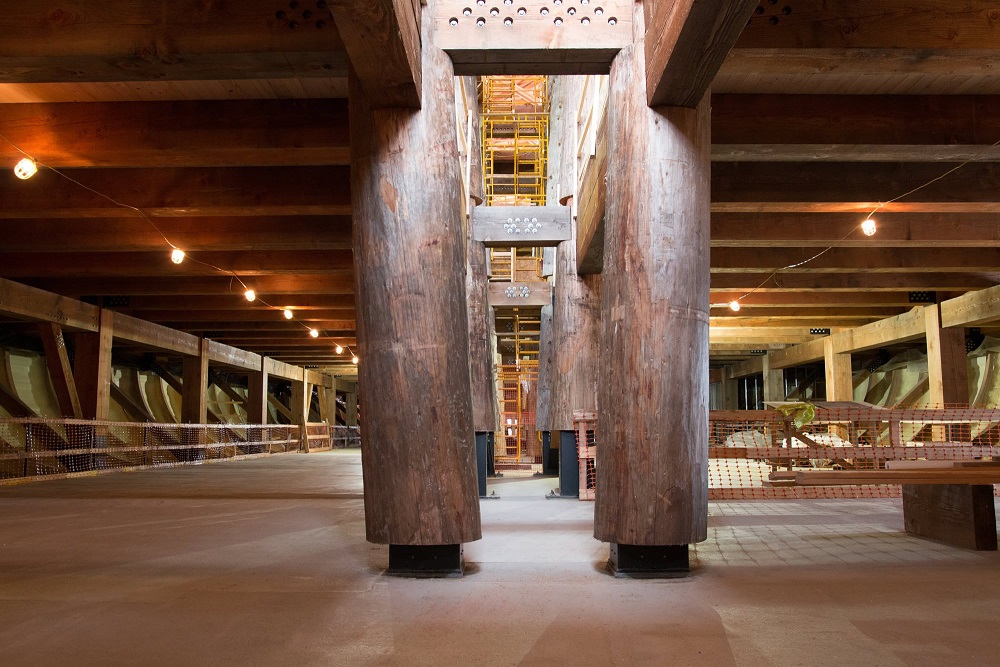 The looming structure does much to rest the unease of any critical reader of the Genesis account of Noah: “How was Noah able to feed the animals? How could he deal with the waste?” Ham asked. “We want to show the feasibility of the Ark.”

Mark Looy is the co-founder of the website Answers in Genesis that works with the Ark Encounter. “The immensity of this structure – over 500 feet long – I would call it a jaw-dropping experience,” said Looy.

Ham was a high school science teacher in Australia who would rue museum visits with his students because all the exhibits advocated the theory of evolution. God planted the vision one day of building a museum that could proclaim the truths of the Bible with scientific backing.

“We’re not forcing the Christian message on the public, but this exhibit is going to be there for them,” Ham said. “And if people just go away saying ‘Hmm, maybe I need to look into this. Maybe I need to consider what the Bible says.’“ 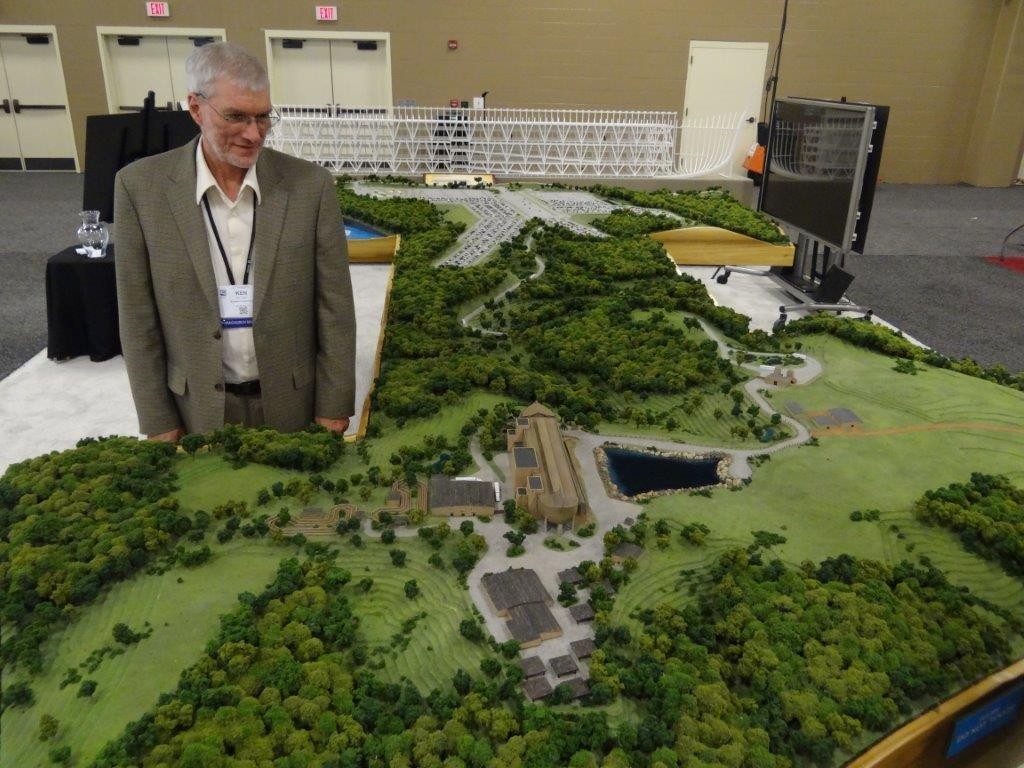 Ham foresees 2 million visitors yearly from all over the world. “It will be a global attraction. It will probably be the greatest Christian outreach of our era in history.” Ark Encounter will ultimately include a petting zoo and a huge restaurant to handle large crowds, Ham said. A theme park is envisioned as profits can be reinvested.

“Over the years, we’re also going to recreate other events from the Book of Genesis and even the Book of Exodus,” Looy told us. “We’ll get into other events of biblical history, like the Tower of Babel and also the Exodus and the parting of the Red Sea.”

For additional information including a video-drone tour please visit arkencounter.com. Chad Dou is a student at the Lighthouse Christian Academy in Santa Monica.