AN OPEN LETTER TO MY FELLOW PASTORS AND CHRISTIANS 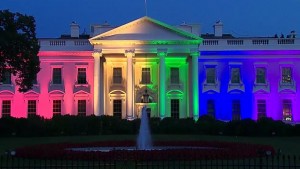 I was born and raised in a Christian home. I accepted Christ as my Savior at the age of five. I surrendered to the Gospel ministry at the age of eighteen. I attended or have diplomas and degrees from four Bible colleges. I started pastoring when I was twenty-three years of age. And I just observed my fortieth year of continuous pastoral ministry. As Paul said to his son in the faith, Timothy, so I can say, “And that from a child [I have] known the holy scriptures.” (II Tim. 3:15)
Obviously, I am no stranger to the work of God. I have been in church all of my life. Though my dad was not a full-time minister (even though he was ordained), his best friends were pastors. As a result, I have been around pastors and Christian workers all of my life. So, I am not speaking as an outsider. I know church work from the inside out. I’ve seen it; I’ve been taught it; and I’ve experienced it. The good, the bad, and the ugly: I’ve seen it all.
We pastors and Christians are never going to agree on every nuance of scriptural interpretation or method of ministry. But the vast majority of us will agree that Christ alone is our Sovereign and the Bible is the rule for our faith and practice.
SO, WHAT WILL WE DO NOW?
Caesar has demanded that we recognize the legal “right” of homosexuals and lesbians to “marry.” It will not be long before each and every one of us pastors and ministers will, first, be ASKED to “marry” same-sex couples, and, then, be REQUIRED to “marry” same-sex couples.
WHAT WILL WE DO?
Some pastors are waiting to hear from their denominational superiors for instructions. Some are, no doubt, trying to keep quiet about the subject and hope they can somehow avoid dealing with it. Some are now counseling with attorneys for guidance. But, in truth, our guidance and instruction do not come from denominational officers or lawyers; and it is a cold, hard fact that there is NO avoiding the issue. Sooner or later (probably sooner), each of us will have to make a conscientious decision that is based solely on our moral and scriptural convictions.
AGAIN, WHAT WILL WE DO?
For the most part, our pulpits were silent when the freedom of religion and conscience became a matter of state licensure in 1954 when churches were included in the Internal Revenue Code, section 501c3, as mere non-profit organizations. For the most part, our pulpits were silent when the freedom to pray and read the Bible was removed from our public schools in 1962 and ’63. For the most part, our pulpits were silent when the freedom of God-ordained self-defense became a state-sanctioned license and privilege in 1968. For the most part, our pulpits were silent when the God-ordained right to life of unborn babies was expunged in 1973. For the most part, our pulpits have been silent as our Natural rights of privacy and local autonomy began being stripped from us in 2001. And, now, the most important institution in human history, Holy Matrimony, has been “redefined” by Caesar’s court.
Will we pastors remain silent? Will we sheepishly submit to this egregious and tyrannical assault against the most fundamental institution created by God? Will we become willing accomplices to the formalization of egregiously unnatural perversion?
WHAT WILL WE DO?
Can we not see that what is at stake is the preservation of religious liberty and Christian conscience in our land? Radical secularists (and even some anti-Christian religionists) desire to expunge every semblance of Christian thought and ideology from our nation. The purge has already begun.
All over America, lawsuits against pastors who refuse to marry same-sex couples have already been filed. The same is true for Christians in various service industries that refuse to cater to homosexual “marriages.” Militant homosexuals have brought a $70 million lawsuit against the two largest publishers of the Bible (Zondervan and Tyndale), demanding that the Scriptures condemning sodomy be eviscerated.
It will not be long and cultural Marxists will see to it that the homosexual lifestyle will be promoted in every conceivable public venue. Movies, television (even children’s programs), books, music, magazines, etc., will openly promote the sodomite lifestyle. Common Core curriculum will certainly advocate for homosexual conduct in America’s public schools. Homosexuals will demand the right to flaunt their romantic proclivities in public. Restaurants, concert houses, theaters, meeting places, even churches, will be sued if they do not allow homosexuals to openly display their perversity. Again, this is already beginning.
And for pastors and churches specifically, the big intimidation factor is the IRS tax-exempt status. Already, some of the largest and most notable newspapers, periodicals, and newscasts are calling for the removal of tax-exempt churches that refuse to “marry” same-sex couples. Some are even calling for the removal of tax-exempt status of ALL churches.
If the “great recession” of 2008 and ’09 was the natural “correction” of a manipulated economic “bubble,” I

submit that the Hodges decision is the natural (or maybe divine) correction of a manipulated spiritual bubble. For over a half-century, churches have been intoxicated with “success.” The Joel Osteen-brand of Christianity has obfuscated the true purpose of the church. Pleasing Caesar and maintaining tax-exempt status (at all costs) have supplanted pleasing God and maintaining Biblical status. The result is a church that is “increased with goods” but that is spiritually “wretched, and miserable, and poor, and blind, and naked.” (Rev. 3:17)
In reality, the Hodges Supreme Court decision was inevitable. It was the result of the spiritually polygamous marriage between the church and state in 1954. It was the result of a church that, like the Jewish Pharisees of old, said, “We have no king but Caesar,” while pretending to be married to Christ.
Well, now God has forced his pastors and churches to take a stand. There is no beating around the bush anymore. There is no avoiding the issue. Pastors and churches will either submit to Christ or they will submit to Caesar. There is no middle ground. There is no more fence-straddling.
Again, the root cause of all of this is the church’s acceptance of state licensure, and, therefore, state authority. Churches committed spiritual adultery when they allowed themselves to take the 501c3 wedding band. By doing so, they became “creatures of the state” and ceased to be the “bride” of Christ. And, remember, our God is a jealous God. “For thou shalt worship no other god: for the LORD, whose name is Jealous, is a jealous God.” (Exodus 34:14)
Since the state has decided to repudiate the Natural authority of marriage as given by our Creator, it behooves us, as Christian ministers, to repudiate state authority over marriage. That means we should immediately cease and desist from officiating over any marriage, heterosexual or homosexual, that includes a license from the state. That is exactly what I will do.
In terms of the history of the Church, as well as Western Civilization, state-licensure of marriages is very recent. For over 1,800 years, almost no marriages (if any) required state-licensure. A certificate of marriage or declaration of marriage or church approbation–or other such recognition–was all that was needed. I don’t know about all of the 50 states, of course, but in my home State of Montana, marriages do NOT require a State license. And that’s exactly the way it should be.
WHAT ABOUT IT, PREACHER? WHAT WILL YOU DO?
Is a state-created tax-exempt license more important than fidelity to Christ and the Scriptures? Let me speak plainly: so what if we lose our tax-exempt status?
I hear my brethren exclaim, “But, Brother Chuck, we will lose tithing members. If they cannot claim their contributions on their tax forms, they will stop giving to the church.” My response is: SO BE IT.
Our churches are filled with careless, insincere, half-hearted Christians. God promised to separate the sheep from the goats and the wheat from the chaff; I believe He is doing just that in the United States right now. America’s churches have been living in a manipulated spiritual “bubble.” The bubble is bursting. It’s long overdue.
Churches in oppressed countries around the world are not worrying about some kind of tax-exempt status. They are not creatures of the state. Many of them are not even recognized as being legal in their states. Many of them are “unofficial,” “unregistered,” “unlawful,” etc. But they are true to Christ and His Word–and their numbers are flourishing.
In just a few years, there will be more Christians in Communist China than in so-called “Christian” America–a first since America came into existence. And there is no tax-exempt status afforded them. At the same time here in America, Christianity is in steep decline. What’s the difference? In China, churches do not seek, nor will they accept, state recognition and endorsement, while here in America churches enthusiastically embrace state recognition and endorsement (licensure).
It’s time we find out who is real and who isn’t.
And a question for those church members out there: What are you going to do if your pastor agrees to marry same-sex couples? If your pastor will not take a stand on this, he won’t take a stand on ANYTHING. And, if he hasn’t said anything from the pulpit already, why are you still there?
Are you not willing to give your tithes and offerings to a church even if those financial gifts are NOT tax deductible? If not, what is your real motivation for giving to begin with? Are you not willing to sit under the preaching of a courageous man of God who is the servant of God and not the servant of men–even men in government? If not, why are you even attending church?
Christians have been flocking to these “feel-good” churches for decades. They continued to support spineless pastors, who refused to take a stand for the God-ordained duty of self-defense; who refused to take a stand against the killing of unborn babies; who refused to speak out for religious liberty; and who are currently refusing to take a stand against an Orwellian Police State being created in front of our very eyes. Will they now continue to stay inside those churches whose pastors refuse to take a stand for God-ordained marriage?
I submit that either the Church in America repents and does the “first works” or it will quickly lose its “candlestick.” Truly, “the time is come that judgment must begin at the house of God.” (I Peter 4:17)
AGAIN, WHAT WILL WE DO NOW?