Anne Paulk hasn’t given up on ex-gay ministry 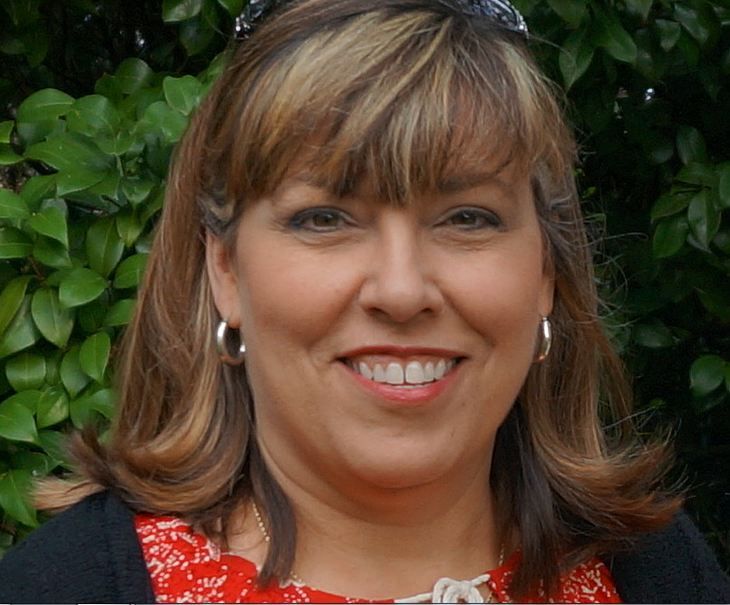 A former leader with Exodus International turns a new page

(WNS)–Anne Paulk is the executive director of Restored Hope Network, an ex-gay ministry made up primarily of former members of Exodus International, which dissolved in 2013. For many years, Anne and her ex-husband, John Paulk, were perhaps the most visible faces of the ex-gay movement. They wrote a book together called Love Won Out: How God’s Love Helped Two People Leave Homosexuality and Find Each Other. Though John Paulk renounced his ministry, abandoned his marriage, and came out again as gay, Anne Paulk continues her work in ex-gay ministry. We had this conversation about her life and work at the annual meeting of The National Religious Broadcasters in Orlando, Fla.

Would you briefly tell everyone your personal story? I identified as a lesbian in my college days. I had struggled for many, many years. I had been molested as a 4-year-old multiple times by a teen boy. What I did as a result of that was reject the danger of being a woman and so, later on, my struggle emerged as a result of some of that background. I could have affection for someone else’s femininity, but I had difficulty with my own. That was just my story. It isn’t everybody’s story, but it is very common that people who end up dealing with homosexuality have been molested. Everybody has his or her own unique story—mine too. So in my teen years, I struggled with homosexuality starting at about 12 on up through 19, where I embraced it.

What little I knew of God, I threw out. I just figured the Bible was in the way, so let’s remove that from the equation. I didn’t really know God anyhow, but, wouldn’t you know, I started having dreams about Jesus. I was surrounded by Jewish friends at my dorm, most of whom were not lesbian. They were just my Jewish friends. Every now and then, they’d make a crack about Jesus, and I’d get all defensive and wonder, what in the world’s wrong with me?

Did you have romantic relationships? I was not sexually involved at that point. I was going to gay bars as an underage student. I wasn’t old enough. I was hanging out with the lesbian crowd at the rugby team. They were all lesbians that I could tell. I was doing all sorts of things with gay and lesbian groups on campus. So I was really hotly pursuing homosexuality at that point. I thought my hope lay there. That’s what I believed.

In the middle of one of those meetings, I had this sense that my hope didn’t lie there. It was almost a piercing thought that the love that I’m seeking, I’m not going to find here, that I needed something else that would really fill the hole in my heart. Somehow, that piercing reality became an obvious reality to me right in the middle of a gay meeting. I dashed off to the library and cried and prayed, OK, God—whoever the real one is—I want to know who you are. That’s what landed me in the evangelism training class later on. This craving for truth, this craving for, who is God? … I became a Christian right in the middle of that.

How abrupt was the change from gay to straight? There is no switch. It’s a gradual submission to the will of God and to His leadership over your life. … It was a dial. 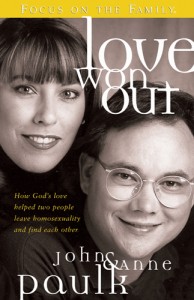 At some point you got involved in Exodus International and got married to John Paulk. We were married for about five years. I had had a couple of miscarriages. We were fighting through that, really wanting to have children and then eventually had one little boy, Timothy. And then Focus on the Family came knocking and we went to Focus on the Family and became part of their team. We had been on 60 Minutes and you name it … national secular shows, which was a difficult and exciting time. But after eventually having had three children, my husband [began] stumbling instead of fighting his sin struggle. He’d cover it up and hide. So at that point it became multiple situations like that. We had already moved back to Portland, Ore., where we have family, and he eventually was no longer repentant. Our marriage broke up in 2013, which has been a point of grief. I never, of course, envisioned divorce as a possibility. So it’s a difficult process of grief to walk through. That’s another story.

It also coincided partly with the devolution of the Exodus ministry overall. The headquarters was an office in Orlando, and it collapsed. The local ministries across the United States continued. There were very public individuals who went back into the gay lifestyle in various positions of relationships or whatever—one of whom married another man. So some of those situations lead to the conclusion that people cannot change and, unfortunately, at the end of Exodus the individual who was the head of the major network office … had a famous statement: 99.9 percent of people don’t change. And that statement is false. So that was another bit of ammunition, but the truth of the matter is thousands of lives have changed and been transformed. I never would have had children. I never would’ve married had my heart not changed. There is no possibility. I never saw that as part of my future, and I’m not alone. I’m just one person out of many.

What’s different about Restored Hope Network? We have a very strong board of directors. They’re active. We have monthly meetings. They’re about an hour and a half long. It’s a very 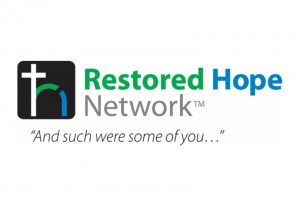 Our primary goal is the mission that God has given, and should anyone veer from that we want to see that person removed from that position. I don’t care if it’s me or if it’s another board member.

What does the ministry look like right now? We have 60 local affiliates all across the United States. They vary from small groups to quite large ones. … Probably multiple thousands a year are being ministered to. We also have online programs. For teens, there’s an online program that 4,000 teens have gone through, and it’s been very helpful for them. We have all sorts of resources out there. 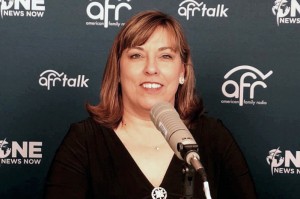 Being on the board of an ex-gay ministry, even though I’m not ex-gay myself, has made me aware that it is really hard to be a professional ex-gay. It is not an easy thing to do. I think about my kids. They’re these great, straight kids, and they go to school. Do I want their classmates to be able to tease them because their mom used to be gay? No. I really don’t. So I didn’t tell one of my sons that I wrote a book until he was about 13. He happened to see the cover. He was like, oh, Mom, you wrote a book. I said, son, don’t tell your classmates. You don’t want that conversation.    I don’t really want to have to coach you through it.

It’s a difficult topic. It’s a necessary topic and, unfortunately, I’m finding it to become more necessary as time goes on rather than less. … People are craving hope, and there is hope in Jesus. I want that to be known, and that’s why I do what I do.