As Muslims pray and fast during Ramadan, ‘Man in White’ appears in dreams and visions

SOUTHERN CALIFORNIA (ANS) — As hundreds of millions of Muslims fast and pray during Ramadan this month, with many seeking to grow closer to Allah, others are finding Jesus.

“God is moving very powerfully using dreams and visions Muslims are having of the Man in white, of Jesus Himself,” author Joel Rosenberg told CBN recently.

He quoted a 19-page study describing an extraordinary move of God among Muslims. “From 1960 to 2010, the number of Muslims that have converted to faith in Jesus Christ has grown from fewer than 200,000 to some 10 million people” Rosenberg told CBN. 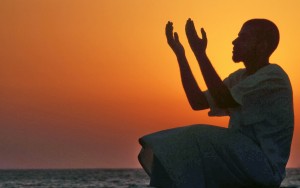 Rosenberg said many Muslims have become disillusioned by turmoil in the Middle East. “In the last 10-15 years, many Muslims are deeply uncomfortable with the idea that ISIS, or Iran’s leadership, or Assad are the type of people that represent Islam.”

While Christian outreach is difficult and dangerous in many restricted countries in the Middle East, some Muslims have powerful encounters with Jesus through dreams, visions, and even personal visitations.

The God Reports website has featured numerous accounts of Jesus making such appearances:

— Jesus appearing to a Muslim family in the refugee camps

— A descendant of Muhammad finding Jesus through a dream

— An imam who hated Christians until Jesus appeared in his dreams

These are just a few examples, but even if God is revealing Himself to Muslims in these miraculous ways, Christians must still be involved in completing the Great Commission.

“In a world of 1.6 billion Muslims, we have a long way to go. So if we are going to fulfill the Great Commission and reach every nation with the Gospel, we are going to have to pick up our game and be much more faithful,” Rosenberg told CBN.

Rosenberg says that Ramadan is a critical time for Christians to engage with Muslims. “This is a moment to be praying for them, that God would open their eyes.”

One opportunity for believers is to participate in “30 Days of Prayer for the Muslim World,” a prayer movement that guides Christians with a specific prayer theme for the Muslim world during Ramadan.

Christians around the world are invited to take the opportunity to pray for the Muslim world in hopes of seeing more people encounter Christ.