by Ethan A. Huff
(NaturalNews) The same Duke University graduate who recently told an audience of scientists in Austria that every living thing is intrinsically flawed and in need of genetic modification is back in the news after announcing plans to one day grant ordinary people the opportunity to create their own fake organisms from the comfort of their own homes. 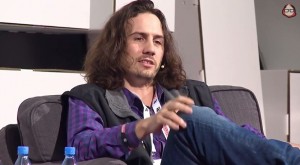 Cambrian Genomics CEO Austen Heinz envisions a future where nothing is natural and everything is created in a laboratory using synthetic DNA strands imprinted on glass slides. This maniacal concept is somehow idyllic to Heinz, who relishes in the idea that one day humanity might be able to do away with, well, humanity, and all other life for that matter.

Heinz openly admits that his harebrained and reckless visions for the future could end up “killing everyone” on the planet, but he doesn’t really seem to care. Democratizing creation, as he likes to put it, is at the forefront of what his company is fomenting throughout the world, and it’s something that Heinz has been working towards for many years.

The plan is to make DNA printing, a technology Heinz personally developed while studying electrical engineering and computer science as part of his doctorate program in South Korea, available to everyone. For just a few cents per DNA letter, anyone will be able to manufacture synthetic life as they personally see fit.

Cambrian is already doing this type of work for pharmaceutical giants like Roche and GlaxoSmithKline (GSK), but eventually the company hopes to extend this technology to the common man. Parents might eventually have the option to create designer babies in a lab, for instance, or generate pets and houseplants to accommodate their lifestyles.

The only thing standing in the way is all that pesky regulation, which in a perfect world would protect the biosphere against such sadistic meddling. But Heinz hopes to do away with all regulation, which he admits is not in the best interests of what his company is trying to accomplish.

“We wouldn’t want the industry to be regulated,” he openly stated to the SFGate.com. “So, ‘How do we democratize creation without killing everyone?’ is basically the question.”

All of this might seem like utter lunacy, but there are actually financial backers out there willing to support these and other vain attempts by deranged visionaries to play God. A startup known as “Glowing Plant,” for example, raised more than $480,000 on Kickstarter for a genetically modified (GM), glow-in-the-dark plant concept that it hatched before eventually being kicked off the site.

Cambrian has raised even more money, gaining $10 million from more than 120 private investors, according to SFGate, including Peter Thiel’s venture firm Founders Fund. All of these investors believe in Heinz’s ideas, as vile as they are, and with enough financial backing they could one day become the new norm.

“We have to take seriously people like Austen Heinz who say they want to modify future generations of human beings and upgrade the human species,” said Marcy Darnovsky, executive director of the Center for Genetics and Society, a bioethics watchdog group based out of Berkeley, California. What Heinz is proposing is legitimized eugenics, a term to which he objects but that substantiates every aspect of what he’s trying to do.

“I think that technical project is far more complicated than they acknowledge,” Darnovsky added. “Nonetheless, their story about what we should be striving for as human beings, as a society, I think is very troubling.”