Blood moon’ sets off apocalyptic debate among some Christians. 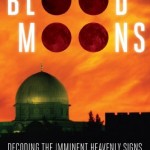 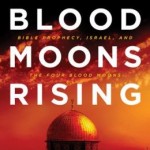 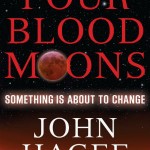 Could a series of “blood moon” events be connected to Jesus’ return? Some Christians think so.

In the wee hours of Tuesday (April 15) morning, the moon slid into Earth’s shadow, casting a reddish hue on the moon. There are about two lunar eclipses per year, according to NASA, but what’s unusual this time around is that there will be four blood moons within 18 months — astronomers call that a tetrad — and all of them occur during Jewish holidays.

A string of books have been published surrounding the event, with authors referring to a Bible passage that refers to the moon turning into blood. “The sun shall be turned into darkness, and the moon into blood, before the great and terrible day of the Lord,” Joel 2:31 says.

In the New Testament, Acts 2:20 echoes the same doom: “The sun shall be turned into darkness, and the moon into blood, before the great and notable day of the Lord.”

Hagee’s book is drawing the most attention, with his book now No. 4 on The New York Times best-seller list in the advice/how to section, and No. 80 on USA Today’s best-seller list. The book by the controversial 74-year-old founder of San Antonio’s Cornerstone Church has also spent 152 days in Amazon’s top 100 books.

In his book, Hagee says something will happen to the nation of Israel due to the tetrad. The four eclipses occur on April 15 and Oct. 8, 2014, and April 4 and Sept. 28 next year. The ones in April occur during Passover, and the ones in October occur during the Jewish Feast of Tabernacles.

In 1492, the Jews were expelled from Spain and Christopher Columbus discovered America, giving the Jews a place to go. In 1948, the modern state of Israel was born, and in 1967, Israel won the Six-Day War and recaptured Jerusalem.

During the 300-year interval from 1600 to 1900, there were no tetrads at all, according to NASA eclipse expert Fred Espenak.

This time, Hagee suggests that a Rapture will occur where Christians will be taken to heaven, Israel will go to war in a great battle called Armageddon, and Jesus will return to earth. Hagee planned a special televised event on Tuesday (April 15) on the Global Evangelism Television channel.

But NASA does not consider tetrads as especially rare, saying in a statement that there will be eight sets of tetrads before the year 2100. The most unique thing about the upcoming tetrad is that they are visible from all or parts of the United States, NASA stated.

A publicist for Hagee said the pastor was not available for an interview.

“When you see these signs, the Bible says, lift up your head and rejoice, your redemption draweth nigh,” Hagee said in a sermon, according to the San Antonio Express-News. “I believe that the Heavens are God’s billboard, that He has been sending signals to Planet Earth but we just have not been picking them up.”

Greg Boyd, a pastor of Woodland Hills Church in St. Paul, Minn., called the predictions a waste of time, maybe even bordering on astrology.

“You have an entire population buying into this stuff so no congregation is immune to this,” Boyd said. “It can strike fear into people, which is so unnecessary and wrong.”

The Jewish holy days carry less theological significance than Jesus’ resurrection for many Christians, said Sam Storms, a pastor of Bridgeway Church in Oklahoma City. Any connection between the two events should carry less weight, he said.

“We need to stop giving into some of these sensationalist speculations,” he said. “Maybe Christians are more gullible. One has to twist the data to make it appear as if these are the fulfillment of some biblical prophecy.”