Boost the immune system with one hour of singing 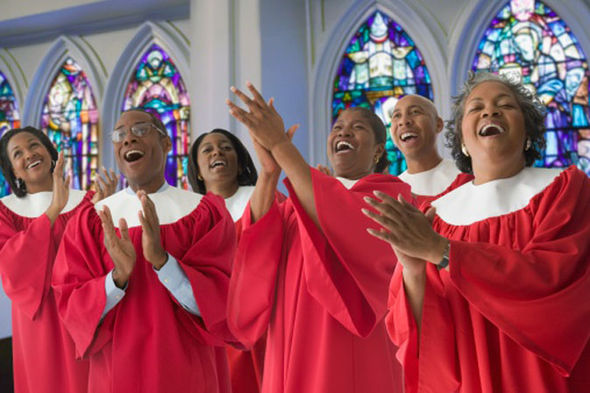 (NaturalHealth365) While never short of anecdotal evidence, scientists now say they have uncovered biological proof that the simple act of singing can give the immune system a much-needed boost. This new evidence gives hope that spending some time engaged in choir singing could be an effective therapy for cancer patients.

The findings also show that those patients who are struggling the most with feelings of depression and anxiety – common symptoms of cancer patients – stood to gain the most benefits to their immune system. These patients were shown to be dealing with higher levels of inflammation, the body’s usual response to disease. Scientists believe the effects of singing could also have benefits for caregivers coping with the illness of a loved one.

Strengthen the immune system by reducing your stress

The study, conducted by the University of Frankfurt in Germany, was published in the Journal of Behavioral Medicine. It uncovered new evidence of the link among emotions, the “stress hormone,” and inflammation throughout the body.

It has long been understood that stress can release the hormone cortisol, which can interfere with the optimal function of the body’s natural immune system and overall health. Scientists have now found that singing helps to minimize feelings of stress and anxiety, which in turn, reduces the amount of cortisol in the body. Lowered levels of cortisol are associated with less inflammation, which in turn, is associated with less incidence of disease.

Researchers have also been able to show that singing promotes increases in quantities of cytokines. Cytokines are proteins of the immune system, which can enhance the body’s ability to fight serious illness.

Join a choir and become a stronger version of you

The study followed 193 participants who sang in five choirs. Choir members provided samples of their saliva before an hour of singing and then immediately afterward. Researchers found a number of changes in hormones, immune proteins, neuropeptides and receptors. Those suffering the greatest from feelings of stress and depression were seen to have the most dramatic changes occur.

This new biological evidence backs up a wealth of anecdotal evidence, often from patients themselves, of the huge health benefits from singing. The study’s results suggest anyone impacted by cancer could improve their health and well-being by taking part in a choir.

The latest biological evidence showing the health advantages of choir singing adds to the growing body of evidence that singing can have a whole range of social, emotional and psychological advantages to health.

Earlier studies have uncovered several benefits of singing, including: • Release of endorphins that bring about feelings of being energized and uplifted.  • A workout for the lungs. • Toning of abdominal and intercostal muscles, as well as the diaphragm, which stimulates circulation.  • Deeper breathing than most exercises, bringing in more oxygen, improving aerobic capacity and releasing muscle tension.

Participation in choir singing could provide a number of health benefits for those fighting cancer. Far from an invasive, dangerous treatment, singing is a simple activity that a growing body of evidence suggests helps build the immune system. And, as we know, a strong immune system is the key to avoiding unwanted health outcomes.