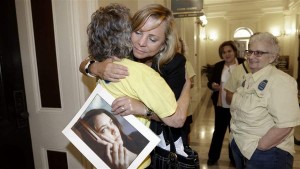 “Just as assisted suicide contravenes the Hippocratic oath, the judge found that the California legislature contravened the state constitution,” stated CMDA CEO Dr. David Stevens. “Assisted suicide is not healthcare, it has no role in the healing arts of medicine, and it is dangerous for patients, medicine and society.”

Legislator sponsors of the End of Life Option Act had introduced the bill in a special session of the legislature convened by Governor Jerry Brown to address Medicaid funding shortfalls, services for the disabled and in-home health support services. Life Legal Defense Foundation attorneys who represent the American Academy of Medical Ethics, (www.ethicalhealthcare.org) CMDA’s state public policy arm, in the lawsuit appeared in court reently to argue that the Act is not related or even incidental to the stated purpose of the special session.

Riverside Superior Court Judge Daniel Ottolia agreed, ruling on May 15 that “the End of Life Option Act, which decriminalizes physician-assisted suicide, does not fall within the scope of access to healthcare services,” and that it “is not a matter of health care funding.”

“Depressed patients can easily fall prey to the temptation to give up on life. Those who have a financial interest in a patient’s death-insurers, the government, greedy heirs-can wield lethal pressure against the elderly and infirm. Millions of Americans, including many teenagers, who feel vulnerable to thoughts of suicide hear a message from the government that suicide is legal, that it is a good thing for society to endorse.

“We need government to promote the value of life, to support compassionate end-of-life care measures, and to empower doctors to aggressively treat pain-not to legalize ways to end patients’ lives or save money by cutting healthcare short near the end of life,” Dr. Stevens said.