Cancer Drugs Reach All-Time High: The $100 Billion Disease that Depends on No Cure

The 2014 sales figures for cancer drugs were just published by the IMS Institute for Healthcare Informatics. Sales of cancer drugs have hit a new all-time record: $100 billion. That’s up more than 10 percent from 2013, and up from $75 billion five years earlier.

Cancer is obviously big business, as many new cancer drugs and now even cancer vaccines are in the pipe line.

An expose published by 60 Minutes last year (2014) revealed that new cancer drugs are seldom more effective than older cancer drugs, with the standard for “success” being able to extend the patient’s life by 42 days. 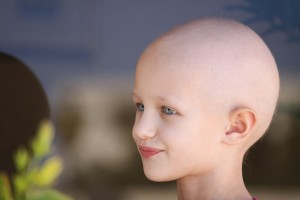 As we have previously reported, America has lost the war on cancer. Cancer is much too big of a business now to allow anyone to cure it. The U.S. economy, which is heavily dependent upon the pharmaceutical industry, would collapse if people started to believe and use alternative cancer therapies, many of which are natural and not able to be patented. Most people who fully understand this fact are heading south of the border to Mexico or over to Europe to find truly effective cancer cures that are not allowed by the FDA in the United States.

The cancer industry is probably the most prosperous business in the United States. In 2014, there will be an estimated 1,665,540 new cancer cases diagnosed and 585,720 cancer deaths in the US. $6 billion of tax-payer funds are cycled through various federal agencies for cancer research, such as the National Cancer Institute (NCI). The NCI states that the medical costs of cancer care are $125 billion, with a projected 39 percent increase to $173 billion by 2020.

The simple fact is that the cancer industry employs too many people and produces too much income to allow a cure to be found. All of the current research on cancer drugs is based on the premise that the cancer market will grow, not shrink.