Optimistic about the OPTIMIZATION TOOL

“Thus saith the Lord, thy redeemer, and he that formed thee from the womb. I am the Lord that maketh all things; that stretcheth forth the heavens alone; that spreadeth abroad the earth by myself.”

Recently, an under-cover investigative team publicized a secretly video’d conversation between Dr. Deborah Nucatola, Planned Parenthood’s national Director of Medical Services, and two actors posing as interested buyers from a human biologics company. Thus, many learned for the first time how Planned Parenthood harvests babies’ organs while performing abortions. Over a business lunch of salad and wine, the doctor casually discussed how she and other abortionists use their instruments of death to save marketable pre-born organs during abortions. She explained that by taking care not to crush the baby’s thorax, she could harvest saleable parts: “We’ve been very good at getting heart, lung, liver…so I’m not gonna crush that part. I’m gonna basically crush below; I’m gonna crush above; and I’m gonna see if I can get it all intact.” She continued, “The kind of rate-limiting step of the procedure is calvarium. Calvarium, the head, is basically the biggest part. Most of the other stuff can come out intact.” As can be seen from this ghoulish conversation, as well as by perusing grisly lists of desired parts provided to Planned Parenthood by potential buyers, many babies’ body parts are deemed valuable to researchers, such as muscles, rectums, kidneys, testes, eyes, ureters, and tongues. Individual specimens can bring between $30 and $100 into Planned Parenthood’s coffers.

In light of the foregoing, it was beyond refreshing to discuss with Rachel Nguyen, CareNet-RI’s Executive Director, an update about CareNet-RI’s laudable efforts to continue in the quest for excellence in pursuit of saving babies’ lives. CareNet-RI constantly seeks an improved ability both to better the lives of women experiencing unplanned pregnancies, and to save the lives of the innocent babies they are carrying.

To review its beginnings, CareNet Pregnancy Center of RI was incorporated in 1988 as the South County Crisis Pregnancy Center, opening in Wakefield, RI in 1989. Originally inspired by a group of Christians who felt called to address the problem of abortions in RI, the Center’s primary clients were URI students. Ten years later the Center was renamed CareNet-Rhode Island, and an article was added to its incorporation papers stating that it was a Christian, evangelical, outreach ministry committed to educating women and men and to helping them make informed, life-affirming decisions in the areas of pregnancy, relationships, and sexual behavior. At that time the Center moved to Cranston, RI where it stayed until moving to Providence, RI in 2010. For the next two years it worked on adding a medical component to its services, but after a massive fire heavily damaged its location and much of its new equipment, the organization needed to move to another site a few blocks away. 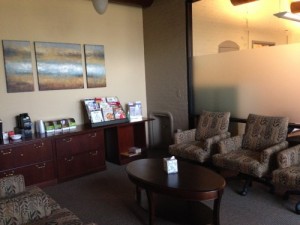 Although the fire had been devastating to Staff and volunteers alike, it did provide a fortuitous opportunity to shift gears, and its Board adopted an extensive strategic planning process to identify several goals including being more accessible to clients and focusing on quality. During this interval, CareNet-RI discovered the Optimization Tool, developed by CompassCare Pregnancy Center in Rochester, NY. This distinctly different philosophy features a woman-centered model and a problem-centered approach, under which CareNet-RI has decided to operate its Pregnancy Center going forward. CareNet-RI came to realize that their perception that women facing unplanned pregnancies want to have abortions, should be changed to the understanding that most of them really do not want abortions. In truth, experience with Optimization elsewhere has shown that, given enough information and support, most women will choose to have their babies. However, this desirable outcome happens only when a woman’s anxiety is reduced to the point that her decision is not driven by fear of the unknown, but by a new-found confidence.

Once CareNet-RI had selected the Optimization Tool, necessary training began in February 2015.

Using the Optimization Tool required bringing on new Staff. Over a year ago, CareNet-RI hired Kathleen Kohls, MD (OB/GYN) as its new Medical Director. Kathleen oversees all medical aspects of the Pregnancy Center such as policies, procedures, and standing orders. Deb Crossman, a sonographer, volunteered her services and subsequently completed Optimization’s medical training component in Omaha. Staff members Cindy Aucoin and Maureen Couture have been trained as Patient Advocates in Optimization’s ten-week training program. A few weeks ago, Jessica Picillo, LPN, came on board as CareNet-RI’s new nurse. CareNet-RI’s paradigm has now shifted to serving its pregnant clients with professional health care. By the end of this summer, they hope to have a $40,000 – $45,000 ultrasound machine in place on their premises. Ultimately, they aim to have all services available whenever their doors are open. Currently open 22 hours per week with the capability of seeing two clients an hour, or 44 clients a week, if the demand increases, they will consider extending their hours.

A group of about twenty Pregnancy Centers now use the Optimization Tool, which is based on a linear care model that is standard practice in a medical environment. Elsewhere, it has been remarkably successful. The Optimization Tool as developed by Pregnancy Centers may be summarized as follows: “If a woman feels safe and secure, she is less likely to want an abortion. So, she needs to be provided the information she must have in a positive, caring, non-threatening way.” This is accomplished by offering all the information she needs without being either manipulative or disrespectful of the client’s autonomy. Executive Director Rachel Nguyen describes CareNet-RI’s present mission as “ending the need for abortions by eliminating the demand.” She acknowledges that pregnancy affects women physically, emotionally, and spiritually, and says that all of these factors are carefully addressed holistically by the new model. CareNet-RI is the first Center in New England to utilize the Optimization Tool.

This represents a new direction, for in the past, CareNet-RI used the counseling/mentoring model, connecting with clients emotionally in an atmosphere in which the client leads the conversation and the counselor is basically reactive. But when a client is feeling overwhelmingly fearful and chaotic, what she really needs is to feel less fearful and less chaotic which, in turn, leads to increased self-confidence. In an orderly, structured, and safe environment she does not drag the counselor into her chaos. By providing her with a step-by-step process, the Optimization Tool actually reassures her. It does not try to talk her into or out of anything. The professional stance of the client’s Patient Advocate is that of a calm, neutral, and confident person. At this juncture, empathy is not particularly helpful. What the client needs is all the information that is crucial to making her decision.

The Optimization Tool is a medical model with fifteen steps to be taken by every pregnant patient. All the steps can be accomplished in just one hour. CareNet-RI will offer women a process that will leave them feeling less likely to be pressured into having an abortion. Every step of the program is permission-based, thereby giving clients a true sense of empowerment. Among the fifteen steps are three major ones: a Pregnancy Test, an Ultrasound Scan, and Sexually Transmitted Disease (STD) testing for chlamydia and gonorrhea, two of the most treatable and common STDs. Prior steps include the incoming call for an appointment; a follow-up reminder call; intake by a receptionist; and greeting by a Patient Advocate who does a Situational Assessment. Then a nurse administers a (urine) pregnancy test and, while the client awaits the results, the Patient Advocate initiates a brief spiritual discussion. If the pregnancy test is positive, a limited ultrasound is given to find out (1) if something is there (2) if it is alive and viable (over 30% of women who have a positive pregnancy test will not carry to term) and (3) its gestational age. At that point, the client is tested for STDs . This is very important information for the client, especially anyone considering an abortion. At the end of her appointment, every client leaves with a Personalized Solutions Assessment containing referrals specific to her particular situation. All CareNet-RI’s services are free to every client.

The Optimization Tool has had a significant impact on communities adopting it. For the past eight years it has been used most effectively at Assure Women’s Center of Omaha, Nebraska. Before its inception in 2007, an average of about 60 babies per year were saved. When the Optimization Tool began to be utilized, in just the first year the average number of babies saved grew from 60 to 200. After five or six years the number grew to 680. Last year 1,596 babies were saved in Omaha. Eight out of ten clients who had planned to abort their babies now choose to carry, instead. Nebraska’s abortion rate has been cut by 50% in just seven years.

The efficient use of resources is an important consideration for CareNet-RI. It is making a serious investment of $25,000 to buy $50,000 worth of marketing from two Christian-owned businesses to pay for an advertising campaign that will attract more clients. The campaign will introduce a new name and a new logo, still under CareNet-RI’s aegis. The idea is to reach women when they are pregnant. At five weeks and one day, the gestational sac can be seen on an ultrasound; at six weeks, the heartbeat of a live baby can be heard. For medical reasons, pregnant women need to have as much information as early as possible in their pregnancy. As an ethical matter, CareNet-RI offers its services in an environment in which there are absolutely no financial incentives. Translated, that means that CareNet-RI will never benefit from any decision a client makes, for it has no financial stake in whatever she may choose to do. In that way CareNet-RI is entirely unlike abortion centers, which do have financial stakes (refer back to first paragraph of this article…).

Although many good and positive changes are coming to CareNet-RI, some of its most popular elements will stay the same. CareNet-RI will continue offering classes on Post-Abortion (healing) and Sexual Wholeness. They will also continue the New Beginnings program for women who have chosen to carry their babies, though the latter program will be offered in a group setting rather than individually, as in the past. For privacy considerations, some classes will be held on site during hours the Center is normally closed, and some at churches using trained volunteer facilitators. Due to limited space, donations of baby supplies will be welcome, but only specific items can be accepted: diapers in Newborn through size 3; baby clothing up to size 6 months; and, most helpful of all, $10 gift cards to stores such as Walmart, Target, and Stop and Shop (where cards may be used for both food and gas). Volunteers are also wanted for the positions of Receptionists, Patient Advocates, Nurses to go through training, and people to answer after-hours calls on the “Help Line”. Many friends who desire to be a part of saving babies make regular monthly financial donations; others give one-time gifts, depending on individual circumstances. All are gratefully accepted by both the Board and the hard-working, faithful Staff who are on the front lines day after day, year after year working tirelessly on behalf of women and their babies.

As CareNet-RI stays committed to being accountable, remaining relevant to their clients, and continuing their fighting spirit which has never wavered despite a myriad of rough patches over the years, its paramount mission will be to end the demand for abortion by turning a woman’s fear into confidence, to the glory of Jesus Christ.

“For God hath not given us the spirit of fear; but of power, and of love, and of a sound mind.”