CDC Study Shows Up to 7.7 Times the Risk of Miscarriage After Influenza Vaccine 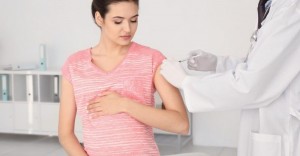 The CDC has just published a seismic study (Donahue et al. 2017 Vaccine 35:5314) linking spontaneous abortions in women to flu vaccines.  The study reviewed data for the 2010-11 and 2011-12 flu seasons.  Women vaccinated with the inactivated influenza vaccine (IIV) in the 2010-2011 season were 3.7 times more likely to experience a spontaneous abortion within 28 days than women not receiving the vaccine.  Over the entire study period (2010 to 2012), the odds for a spontaneous abortion for vaccinated women were 2.0 times greater than for those women not receiving the flu vaccine.  Both figures showed a statistically significant increase in miscarriages when women received their flu shot.  Most alarmingly, in women who received the H1N1 vaccine in the previous flu season, the odds of spontaneous abortion in the 28 days after receiving a flu vaccine was 7.7 times greater.

The vast majority of these flu vaccines were multi-dose formulations, containing 25 micrograms of mercury via the preservative thimerosal.  In those years, out of approximately 150 million flu shots given in the U.S. annually, less than 50 million or 34% of those vaccines available for pregnant women were thimerosal-free.

For many years, health officials have warned pregnant women to avoid eating mercury-containing tuna. And, even before this latest study, some government scientists were questioning the wisdom of pressuring women to receive mercury-laden flu shots in any trimester of pregnancy. National Toxicology Program Deputy Director, Dr. George Lucier, said “The developing fetus should NEVER be exposed to any amount of mercury, period!”  In the words of senior CDC epidemiologist, Dr. William Thompson, “So I don’t know why they still give it [the flu shot] to pregnant women, like that’s the last person I would give mercury to.”

Among the team of researchers who authored CDC’s earthshaking new flu study is Dr. Frank DeStefano, the Director of CDC’s Immunization Safety Office. The CDC’s official reaction to the study has been a gag order forbidding any CDC vaccine division employee even talking to the press or responding to inquiries.  At the end of the Donahue et al. paper, CDC has also announced a follow-up study on the 2012-2015 influenza seasons but it will not report the results until next year.  Perhaps, the CDC should move things along faster, with four million babies at risk this flu season.

Read the full article at https://worldmercuryproject.org/news/cdc-study-shows-up-to-7-7-times-the-risk-of-miscarriage-after-influenza-vaccine/