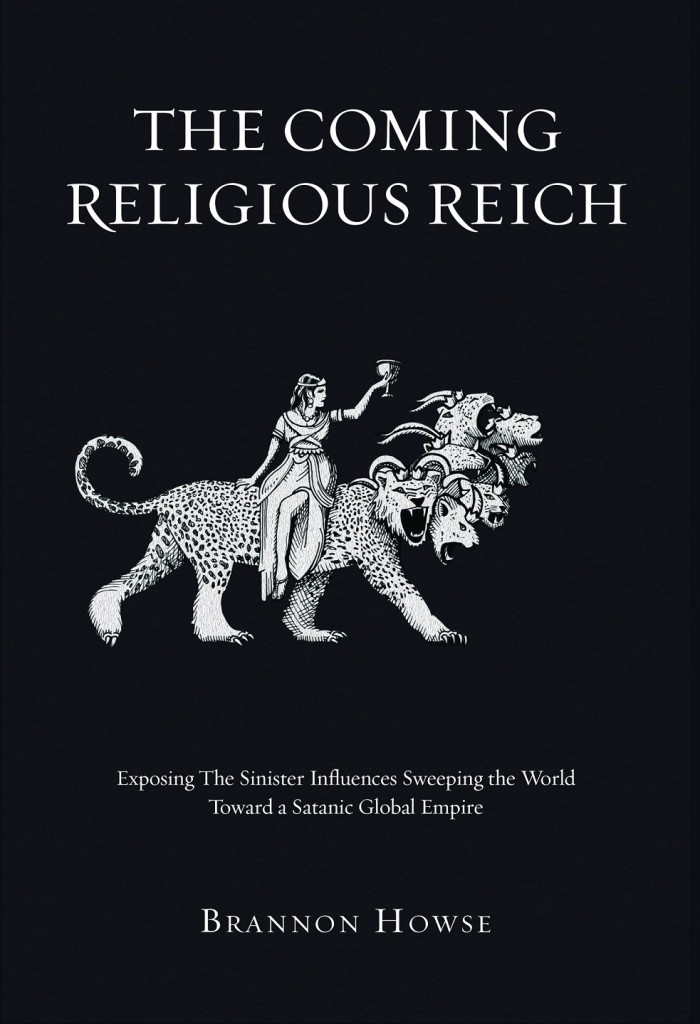 As I’ve already noted, a select group of men since the 1800s have been using their money and influence to disciple and train a generation of politicians, writers, and broadcasters to carry on their idea of a world government even after they themselves have died. The effectiveness of their plan is highlighted by the level of contemporary influence they have attained. In his acceptance speech for the 1992 Democratic presidential candidacy, for instance, Bill Clinton honored Georgetown University professor Carroll Quigley:

“As a teenager, I heard John Kennedy’s summons to citizenship. And then, as a student at Georgetown, I heard that call clarified by a professor named Carroll Quigley, who said to us that America was the greatest nation in history because our people had always believed in two things: that tomorrow can be better than today, and that every one of us has a personal, moral responsibility to make it so.”

Quigley, of course, believed in a one-world system, as reflected in his 1966 book Tragedy and Hope:

“The power of financial capitalism had another far-reaching plan, nothing less than to create a world system of financial control in private hands able to dominate the political system of each country and the economy of the world as a whole. This system was to be controlled in a fatalistic fashion by the central banks of the world acting in concert by secret agreements arrived at in frequent meetings and conferences. The apex of the system was to be the Bank for International Settlements in Basel, Switzerland.”

The modern dream of economic oneness really began in 1930 with the formation of the Bank for International Settlements mentioned by Quigley. It is the central bankers’ central bank, a group of central banks from the industrialized Western world. Their meetings are known as GEMs, global economy meetings. Quigley continues by explaining how world governance will derive from this group:

“The apex of the system was to be the Bank for International Settlements in Basel, Switzerland, a private bank owned and controlled by the world’s central banks which were themselves private corporations.”

Each central bank, in the hands of men like Montagu Norman of the Bank of England, Benjamin Strong of the New York Federal Reserve Bank, Charles Rist of the Bank of France, and Hjalmar Schacht of the Reichsbank—sought to dominate its government by its ability to control Treasury loans, to manipulate foreign exchanges, to influence the level of economic activity in the country, and to influence cooperative politicians by subsequent rewards in the business world.

The Reichsbank worked with Hitler, and it is just one example of how the bankers’ influence will spread. The central bankers will solidify their influence by co-opting politicians because the bankers are the people with the real control over government.

As you watched George W. Bush or Barack Obama, do you really think either one of them have been in control? Do you wonder why Obama golfs so much? It’s because he knows he’s not really in charge. Since he’s a puppet, he just shows up to give speeches he reads off the teleprompter. Then he heads back to the golf course. But he’s not the first one in this position. “Puppet status” has been the case with presidents for quite some time.

Big government and big business combine to form a corporate fascist system. And lesser politicians go along with the real power people because many senators, representatives, and others are rewarded when they get out of “public service.” Many then sit on boards of directors and make hundreds of thousands of dollars a year to attend one or two meetings. Another means of reward is giving high-paying jobs to spouses of politicians. Sometimes a politician’s wife or husband will make $300,000 or $400,000 a year, working at some corporation but without any discernible relevant marketable skills. These people don’t really do anything, but if a man gets elected to the U.S. Senate, suddenly his son, daughter, or wife gets a prestigious job making a huge salary, often working for a bank.

“With financial support from Lord Rothschild and Alfred Beit, he [Cecil Rhodes] was able to monopolize the diamonds of South Africa as De Beers Consolidated Mines and to build up a great gold mining enterprise as Consolidated Gold Fields.”

Cecil Rhodes used his money during his lifetime and left money afterwards to train young people at Oxford to continue his worldview. Thus was born Rhodes Scholarships. Bill Clinton, among many other prominent politicians and people in the media, was a Rhodes Scholar and attended Oxford in Europe.

And who influenced Cecil Rhodes? Primarily one of his Oxford professors, John Ruskin, a strident proponent of world government. Cecil Rhodes became so enamored with the idea of a world government centered in Great Britain that he took his money from the diamond and gold mines of South Africa and set up a trust. He created ongoing financial funding for a scholarship program to disciple and train multiple generations to go into key areas of media, broadcast, journalism, politics, and economics in order to push the idea of a world government. Carroll Quigley described how this growing array of influencers would work:

“There does exist and has existed for a generation an international network which operates to some extent in the way the radical right believes the Communists act. In fact, this network, which many identify as the Round Table Groups, has no aversion to cooperating with the Communists, or any other groups, and frequently does so.”

Notice that, although this group of Round Table people are not Communists, they have no problem working with Communists. Most of them are Fabian Socialists, a group started in London in 1884 and including people like renowned playwright George Bernard Shaw.

Co-founders of the Fabians along with George Bernard Shaw include Beatrice and Sidney Webb. While a student at Oxford, Sidney Webb was also highly influenced by John Ruskin. The Fabians desire a world government and want to achieve it by mixing socialism with capitalism. They prefer evolution of the system rather than revolution against it, but they have no aversion to working with Communists to accomplish their ultimate goal.

The intent of the Fabians is depicted in a famous piece of art called the Fabian Window, a stained glass window that represents Fabianism’s plans for the world. The window was created by George Bernard Shaw in 1910, and although I discuss the window in detail in Religious Trojan Horse, a few comments are necessary here to explain the role of Fabians in the developing one-world system.

The Fabian Window shows two men, one in a red coat and one in a green coat, banging with blacksmith tools on a hot globe that has just come out of a fire. At the top of the window, above the men hammering on the globe, is a statement that reads: REMOLD IT NEAR TO THE HEART’S DESIRE.

What does it mean to remold the world near to the heart’s desire? I believe it refers to the world going through some sort of crisis—likely an economic crisis, perhaps tied with terrorism or social unrest—and this crisis is used to remold the world into their desire for world government.

Like Carroll Quigley, Shaw believed that the move toward world government should not be kept secret. He thought everybody should know about what he called the Open Conspiracy. One other influential Fabian who shared the Shaw-Quigley approach was H.G. Wells. In 1928, he wrote The Open Conspiracy in which he proclaimed:

No secret here—or with what has come to pass since then.

This excerpt was from the book; The Coming Religious Reich by Brannon Howse. You can order your copy of this 500 page book here: http://www.worldviewweekend.com/products/books/coming-religious-reich