U.S. “would be better served by keeping the terrorist organization afloat…”

The Council on Foreign Relations, a Washington DC think tank with large influence over U.S. foreign policy, is once again calling on the Obama administration to support Al Qaeda terrorists under the guise of defeating the Islamic State.

In an article entitled, Accepting Al Qaeda: The Enemy of the United States’ Enemy, Foreign Affairs writer Barak Mendelsohn argues that the United States must reconsider its current policy towards the terrorist organization and its leader Ayman al-Zawahiri.

“The instability in the Middle East following the Arab revolutions and the meteoric rise of the Islamic State of Iraq and al-Sham (ISIS) require that Washington rethink its policy toward al Qaeda, particularly its targeting of Zawahiri,” Mendelsohn writes. “Destabilizing al Qaeda at this time may in fact work against U.S. efforts to defeat ISIS.” 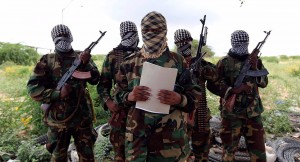 Mendelsohn claims that by targeting both the Islamic State and Al Qaeda for airstrikes in Syria, the United States “reinforced the jihadist narrative that Washington is hostile to Sunni Muslims and ready to bargain with the murderous Alawite regime of Syrian President Bashar al-Assad.”

“In order for U.S. President Barack Obama to fulfill his promise to ‘degrade and ultimately destroy’ ISIS, he must weaken ISIS’ control of Mosul, Raqqa, and other large population centers, as well as stop its expansion,” writes Mendelsohn. “Inadvertently, the administration’s cautious approach to military intervention makes al Qaeda—which views ISIS as a renegade offshoot—an important player in curtailing ISIS’ growth.”

Mendelsohn’s logic falls down when one considers the fact that jihadist groups supported by the U.S. in the past have gone on to join ISIS anyway, such as those who the west helped topple Colonel Gaddafi in Libya. The leader of the Libyan Islamic Fighting Group, Abdelhakim Belhadj, who once met with Senators John McCain and Lindsey Graham, recently became the leader of ISIS in Libya.

The article goes on to assert that the death of Zawahiri would thrust Al Qaeda jihadists into the arms of the Islamic State and Abu Bakr al-Baghdadi, the group’s current leader.

“But if and when Washington succeeds in killing Zawahiri, the leaders of al Qaeda’s branches would have the opportunity to reassess whether to remain with al Qaeda or join Baghdadi’s caliphate. It is possible that Zawahiri’s successor will be able to hold al Qaeda together, particularly if it is Nasir al-Wuhayshi, al Qaeda’s so-called general manager and the head of its Yemeni branch,” Mendelsohn states. “But it is more likely that in Zawahiri’s absence, al Qaeda would drift into ISIS’ camp, offering it manpower, resources, and access to arenas such as Algeria and Yemen where al Qaeda’s dominance has so far hindered ISIS’ expansion.”

“It is certainly ironic that at this point, when the United States is the closest it has ever been to destroying al Qaeda, its interests would be better served by keeping the terrorist organization afloat and Zawahiri alive.”

Mendelsohn’s claims regarding the Arab revolutions and the eventual growth of the Islamic State not only leave out the fact that both Al Qaeda and the Islamic State fight under the same flag, but ignore the United States’ admitted destabilization campaign to reorganize the region via proxy war.

During an interview in 2007, former NATO commander and four star General Wesley Clark admitted the Pentagon’s 2001-era plan to take down multiple countries including Libya and Syria, revealing current claims regarding the so-called grassroots spread of democracy in the Middle East to be a contrived narrative.

The Obama administration and its allies have armed, funded and trained foreign jihadist proxy armies with admitted ties to the Islamic State, all while labeling such fighters as “moderate” rebels in order to facilitate regime change in Syria.

With thousands of so-called rebels openly defecting to and fighting with the Islamic State, Mendelsohn’s tactic is nothing more than an attempt to further blur the line between enemy and ally, illustrating again how CFR elitists are happy to throw their weight behind bloodthirsty jihadists in the name of eliminating Assad’s secular regime, which has been fighting against ISIS.

President Obama left no doubt as to his intentions in late 2013 when he repealed sections of U.S. law that banned the arming of known terrorist groups in order to keep jihadists well oiled in their fight against Assad.

The Council on Foreign Relations made similar statements in January 2014 and August 2012 regarding Al Qaeda and the United States’ need for further supporting the group – the very group used as justification for dismantling the rights of every American in the wake of 9/11.

In January last year, the CFR’s Michael Doran, William McCants, and Clint Watts argued that supporting Ahrar al-Sham, a terrorist group in Syria which pledged allegiance to Al-Qaeda leader Ayman al-Zawahiri and whose leader helped plan the 9/11 attacks, would help the United States “contain Iran and Syria” as part of Obama’s “larger strategy.”

In August 2012, Council on Foreign Relations fellow Ed Husain also hailed the presence of Al-Qaeda fighters in Syria at a time when the media was still treating their existence as a conspiracy theory. Husain even lauded the “deadly results” that Al-Qaeda militants had been able to achieve in the form of terrorist bombings.

The Council on Foreign Relations is considered to be America’s “most influential foreign-policy think tank” and has deep connections with the U.S. State Department. In 2009, Hillary Clinton welcomed the fact that the CFR had set up an outpost down the street from the State Department in Washington DC, because it meant “I won’t have as far to go to be told what we should be doing.”