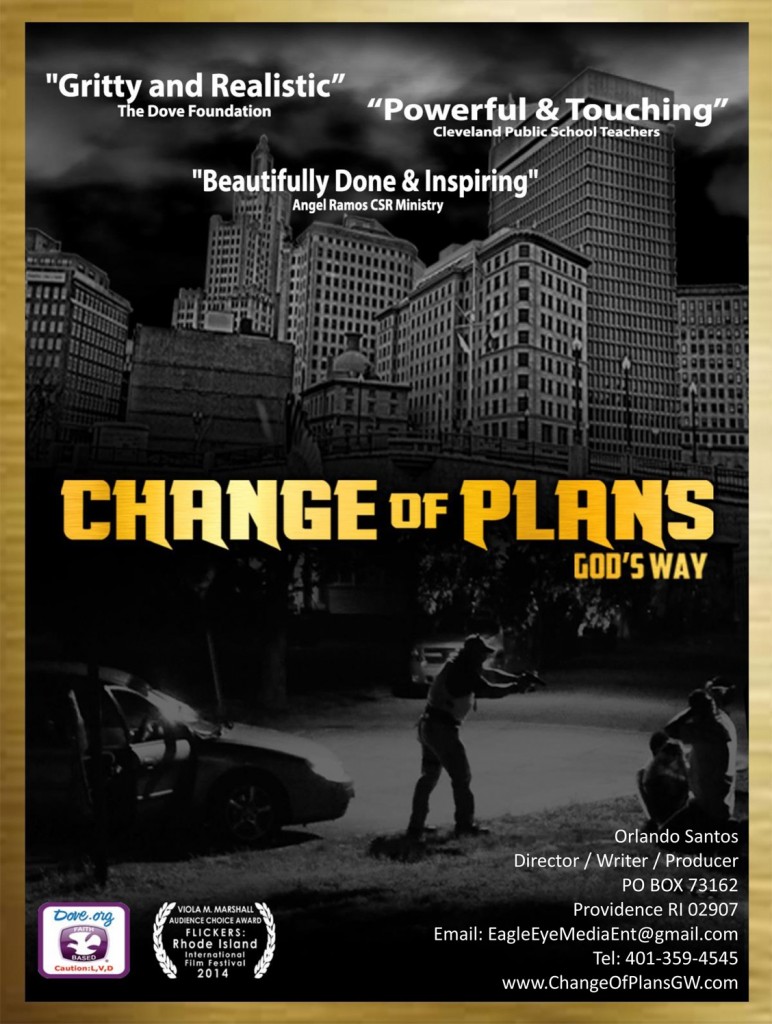 “You don’t believe in Him, but He believes in you.” Nana says to Sammy, the main character, as she encourages him to seek God.  Nana is Sammy’s, born again, prayer warrior grandmother.

In the movie we learn that Sammy was abandoned by his father when he was a child.  Sammy’s father chose the street life over family responsibility and now Sammy finds himself in a similar predicament.   His girlfriend, Cindy, is pregnant and now attending a church.  She gives him an ultimatum about the relationship, “Christ has to be the center” “It’s them or me”.

Sammy’s choice becomes even harder when G, who is a drug dealer, loses Sammy and Joe’s drugs and money.  They quickly find themselves in a dilemma because they are not able to pay back the local drug lord, making them marked men.   Cindy’s pastor shows up at the scene of that drug bust.  Even after having a few heated encounters with the gang in the past the pastor states to the police officer, “I know these kids. I will take full responsibility for him.” Sammy’s friends are arrested for possession, leaving Sammy with another choice.  Do I get arrested or go with the pastor? Sammy reluctantly goes with the pastor.

The Pastor has him perform community work at the church spending many hours sweeping floors, setting up chairs and talking with the pastor.  Sammy has a few difficult questions for the pastor.  His answers are heartfelt and thought provoking.  As the story unfolds we see how God truly had a change of plans for Sammy.  The real life ending of this movie is heart wrenching and leaves one who has not accepted Christ with the dilemma of choice.   Do I want a “Change of Plans, Gods Way” or my own destructive path?

Orlando Santos plays the pastor in the film as well as in real life, serving as Associate Pastor at Iglesia De Dios Peniel or Church of God Peniel located at 91 Montgomery St in Pawtucket, R.I. He is also the director, writer, and producer of the film, closely identifying with it because he too came from the streets. After his return from Israel, he was very saddened by the reports of kids killing each other, being put away for armed robbery and getting gunned down in the streets. Orlando said, “As a Pastor and father of two I am greatly concerned to see the non-ending media coverage depicting violence among our youth.” He needed to do something about it and that is how “Change of Plans Gods way” was birthed.

Pastor Orlando’s background in television and script writing enabled him to put his passion on film. Santos did not want to sugar coat the message in this movie. ‘I want youth to understand that no matter what walk of life you have come from, there is always a way out through Christ.’

This remarkable production was filmed in 10 days with no budget. It stars Christian Estremera, Nora Lawrence, Orlando Santos and Carlos Rivera.  In Christian Estremera’s (Sammy) words, “People came from all over and paid their own way just to work on this film.  We even had a Muslim. “

During filming, “Change of Plans, Gods Way” had many setbacks.  The role of Cindy was cast and at the last minute the actress could not do the part.  Santos told the cast to pray and call every actress that they knew.  He was willing to stop production for that day just to get a good actress. Finally, the prayer was answered. Only three blocks away, Nora Lawrence answered her phone and said yes to the opportunity.

Pastor Orlando told me, “Nora learned her lines in just 15 minutes and played the role of Cindy brilliantly. On the second day of filming the camera lenses just fell off the camera and broke in half.”  Santo’s proclaimed, “The enemy threw everything but the kitchen sink at us and then in the end he tried throwing that too.”  An atheist that worked on the film now understands “A Change of Plans, Gods Way”.  He became a believer on the set of the film. In fact, many lives all over the country have already been changed by watching “Change of Plans, Gods Way”.

“Change of Plans Gods Way” won the Audience choice Award at the 2014 RI International Film festival and was shown to a sold out crowd.

The Dove Foundation (www.dove.org), a rating organization for faith-based films, has called Change of Plans God’s Way “gritty and realistic”. They have awarded their Faith Based Seal to the movie for its “strong redemptive message”.

“Change of Plans Gods way” has violent scenes and some language. While there is only one scene with blood, the realistic situations can be very alarming for young viewers.

To get this award winning film at your church or event contact Pastor Santos at Eagle Eye Media Entertainment. Pastor Santos is also working on another film, “Satan Unmasked”.  A true life story of the music Industry and the Illuminati.

You can reach him at 401-359-4545, EagleEyeMediaEnt@gmail.com or for additional information about the movie go to www.changeofplansgw.com