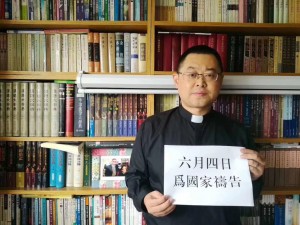 Chinese authorities are setting quotas on the number of Christians that must be arrested and are threatening police officers with dismissal if they don’t meet the minimum standards, according to a magazine that monitors religious freedom in the country.

The magazine, Bitter Winter, reported that the National Security Bureau in Liaoning’s Dalian city sets the standards, which are based on a “100-point evaluation system.” Bitter Winter interviewed a police officer from the city.

“If the assigned quarterly arrest quotas are not met, the station chief faces losing his job,” Bitter Winter reported. “To fulfill the quotas, police stations distributed a list of previously arrested believers to local communities and building managers to keep an eye on such persons and report to the police if they notice suspicious activities.”

All faiths are targeted. That includes Falun Gong, a meditation-based religion. The arrest of a local Christian church leader is worth 10 points on the 100-point scale, according to Bitter Winter. Police stations often “buy” lists of previously arrested Christians from other police stations.

“Police officers have been ordered to arrest any believer who has in possession three or more religious books and transfer such persons to the National Security Brigade for interrogation,” Bitter Winter reported. The police officer told Bitter Winter he doesn’t want to arrest innocent Christians but fears the consequences if he doesn’t.

The news comes as China intensifies its new crackdown on Christianity. More than 100 Christians, including one of China’s most well-known pastors, were arrested Dec. 10 for not registering and for not obeying a new Chinese law that restricts proselytizing and posting Christian content online.

Pastor Wang Yi and his wife, Jiang Rong, were taken into police custody as officials arrested more than 100 Christians who attended their congregation, Early Rain Covenant Church. While in custody, some of the Christians reported suffering violent abuse, including being stepped on.

Early Rain Covenant Church is an unregistered congregation in Sichuan province, according to Open Doors, which reported the arrests. Although many illegal house churches operate underground, Early Rain has worshiped openly. The pastor, Wang Yi, had defied authorities by posting sermons online and evangelizing on the streets.

Wang is known worldwide as a supporter of religious freedom. He met at the White House with President George W. Bush more than a decade ago.

The church released a letter from the pastor, who said he would use “non-violent” methods to oppose unbiblical laws, according to Open Doors. “My Savior Christ also requires me to joyfully bear all costs for disobeying wicked laws,” Wang wrote.

(Chengdu, Sichuan) A pastor seized during an overnight crackdown has been criminally detained, according to an official notice delivered to his mother.

Pastor Wang Yi and his wife, Jiang Rong, were taken into police custody on Sunday night as officials arrested more than 100 Christians who attended their congregation, Early Rain Covenant Church. While in custody, some of the Christians reported suffering violent abuse, including being stepped on.

According to the South China Morning Post (SCMP), Wang’s mother, Chen Yaxue, said police escorted Jiang and the couple’s son to her home so that the child would have someone to look after him, but Jiang was only permitted to stay for two hours.

Since then, no one has seen or heard from her.

On Wednesday morning, officers arrived at Chen’s door and presented her with a notice, which claimed Wang was being held on an “inciting subversion of state power” charge. Officials asked her to sign the document, but she refused, claiming she didn’t understand, said the SCMP.

Wang also penned a statement that was released 48 hours after his disappearance, a translation of which is forthcoming.

“Inciting subversion of state power” is a charge often handed to Chinese Christians, since the Communist Party views religion as a threat to their ideological control and, as such, their rule. However, China’s Christians practice their religion peacefully and never intend to threaten government power. If convicted, the SCMP says Wang could face up to 15 years in prison.

the nation on June 4.” On June 4, 1989, the Chinese Communist Party attacked student protesters in Beijing’s Tiananmen Square, killing many in an event that would later be known as the Tiananmen Square Massacre. Pastor Wang was recently arrested for his faith and charged with “inciting subversion of state power.”