ISRAEL (BP) — Israeli Prime Minister Benjamin Netanyahu’s reelection is good for Israel, but the only hope for reconciliation in the Middle East is the acceptance of Jesus Christ by Jews and Arabs alike, two evangelists to Jews told Baptist Press.

Netanyahu’s victory gained his Likud Party 29 seats in the country’s one-chamber parliament, but does not guarantee his success in building a coalition of partners in the 120-seat body, analysts say. The left-leaning Zionist Union gained 24 seats.

Jim Sibley, a lecturer in biblical studies at the Israel College of the Bible, called Netanyahu’s reelection remarkable, as it overcame “significant foreign investment in his opposition,” and contradicted opinion polls against him.

“But it was also significant because of a change in Netanyahu’s position regarding Judea and Samaria. He abandoned the two-state solution, which has been a hallmark of both American and Israeli policy, saying that a Palestinian State at present would be a terrorist state,” Sibley told BP in a written statement. “Instead, a growing number of observers are persuaded that exercising Israeli sovereignty will be both in Israel’s interests and in the interests of the Arab population. This would especially be true of the Christian Arabs who have been leaving the area in record numbers due to fears of Muslim persecution. 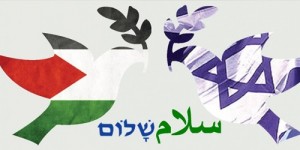 “Regardless, as Christians, we know that the only lasting peace will come as Israelis and Arabs embrace peace with God through faith in Jesus” Sibley said. “Ultimately, reconciliation will not be found in political solutions, but only in Christ.”

Prior to the election, Netanyahu pledged to prevent Palestinian statehood. But in an MSNBC interview after his election he said he still favors two states, but that such a solution was not possible as long as Hamas has power.

Mitch Glaser, a Messianic believer and president of the Chosen People Ministries in New York City, has shown a film featuring the testimony of a young Israeli Christian to 250,000 Israelis, a sign of their openness to Christianity, he told BP.

The median age in Israel is just under 30 years old, Glaser said, which puts many Israelites on active duty reserve in the Israeli army. Younger Israelis are experiencing economic and security struggles that have made them open to Christianity as a solution, Glaser believes.

“I especially pray for this new generation of Israelis who are generally hurting economically and eager for good relationships with Palestinians while at the same time deeply concerned for the security of the nation. This internal conflict was evident in the recent election,” Glaser told BP in a written statement. “But, until the day comes when Hamas in Gaza recognizes the existence of the state of Israel, and reasonable national security and safety for the far dominant Jewish population of Israel is established with the Palestinian Authority who have attempted to form a coalition with Hamas, these young Israelis will be constantly concerned with security when in fact they would prefer building a viable economy and home for their children.

“This is why I believe many younger Israelis are open to the Gospel,” he said.

In 2013, Christians numbered 378,000 or 3 percent of the population in Israel, the West Bank, and the Gaza Strip combined, including Arabs and non-Arabs, according to the 2013-14 CIA World Fact Book.

“It is my hope that Israelis would continue to be open to the Gospel — especially the young people who have shown an increasing interest in hearing more about Jesus the Messiah,” Glaser said. But like Sibley, he believes political change can speed progress.

“It is my hope that Benjamin Netanyahu would be able to form a coalition that shares his values for Israel’s defense and that Israel would remain resolute and determined in the face of ongoing hostility with Iran; Hamas (in Gaza), Hezbollah (in Southern Lebanon) and ISIS,” he said. “It is my hope that the people of the United States, especially Christians, would be increasingly vocal in reminding our president of our historic commitments to Israel so that the current tensions between our nations might subside as together we battle against ‘Jihadist extremism’ in the Middle East and around the globe.”

Both Sibley and Glaser encouraged Christians to continue praying for Israel.

“It is my hope that American Evangelicals would continue praying for the peace of Jerusalem,” Glaser said in referencing Psalm 122:6, “which would include the wellbeing of Jewish people, Palestinians and all those currently living in the modern state of Israel.”

Sibley agreed.  “[Christians] can pray and we can express God’s love for both Jews and Arabs in the region,” he said. “If you have become a passionate supporter of one side or the other, remember that God loves them both and that both are eternally lost without the Lord. Get to know Jewish and Arab believers in Jesus: they are our brothers and sisters.”