(WNS)–An Iowa newspaper editor is claiming his former employer fired him because of his biblical beliefs about sexuality. Bob Eschliman, the former editor-in-chief of the Newton Daily News, filed an official discrimination charge on Jul. 24 with the United States Equal Employment Opportunity Commission (EEOC).

“No American—especially people in the journalism field—should be fired simply for expressing their religious beliefs,” said Jeremiah Dys, senior counsel for the Liberty Institute, a nonprofit legal group representing Eschliman. 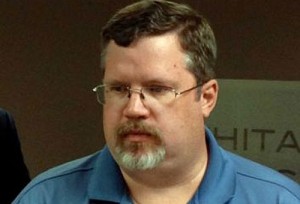 Eschliman, a Christian, took to his personal blog in April to lambast the Queen James Bible, a revision put forward by gay activists. They say Greek and Hebrew passages on homosexuality either refer to pagan rituals or promiscuity. “We edited those eight verses in a way that makes homophobic interpretations impossible,” the editors say.

Eschliman’s April 28 post brought statewide attention. “I’d like to talk a little bit about deceivers among us, most notably the LGBTQXYZ crowd and the Gaystapo effort to reword the Bible to make their sinful nature ‘right with God,’” he wrote.

He accused Queen James editors of “’proselytizing’ to church leaders” on homosexuality, citing New Testament prophesies that false prophets will encourage lawlessness. “If you ask me, it sounds like the Gaystapo is well on its way,” Eschliman concluded. “We must fight back against the enemy.”

The Newton Daily News is a member of Shaw Media, a small Iowa and Illinois news network. Shaw Media and Daily News leaders suspended Eschliman and eventually fired him on May 5, even though he took down his blog in response to their concerns. While some people defended Eschliman, others called the post “hate speech,” and four former Newton staffers wrote to company managers decrying his “deep-seeded, zealously hateful views toward a societal group.” By declaring “gays the enemy,” wrote media critic Jim Romenesko, he likely compromised his journalistic integrity.

In an editorial in the Daily News, Shaw Media President John Rung claimed Eschliman damaged the organization. “While Mr. Eschliman is entitled to his opinion, his public airing of it compromised the reputation of this newspaper and his ability to lead it,” he argued. Shaw Media has a right to an editor that best represents the company, he said. And one of the responsibilities of a media company is “to advocate for the communities we serve.”

Liberty Institute lawyers argue that Rung fired Eschliman for expressing his biblical beliefs—not for the nicknames he used to refer to LGBT activists. Title VII of the Civil Rights Act of 1964 prohibits employment discrimination on the basis of religion.

“I think Bob would like to redo some of what he wrote,” Dys told me. “But he made his decision to write what he wrote, and he’ll have to live with that.” But ultimately, Dys argues, the wording doesn’t matter. “They cannot fire him just because they would have used different words than he did,” Dys said. “He was expressing his religious beliefs on that blog.”

Daily News publisher Dan Goetz, largely silent on the “personnel matter” since the beginning, continued his silence Thursday. “We have no further comment on this matter,” he told me.

The EEOC often takes 6 to 12 months to decide such cases, Dys said. If Eschliman wins, he could be awarded back pay and other damages.