Muslims who carried out forced female genital mutilation on a Christian teen in Northern Africa say they were tormented by visions of blood after the near-fatal attack, according to the Christian group Bibles for Mideast.

WND reported last week a 14-year-old girl in the undisclosed country was left in a coma after being attacked and mutilated by Muslims upset with her conversion to Christianity.

After at least two physicians had declared her dead, she stunned doctors and hospital workers by getting up from her bed and going home.

The case of Lydia, the daughter of Yoonus, is being monitored by Bibles for Mideast as Yoonus is a missionary with the underground group that distributes Bibles and offers other help to people in the Muslim-majority Middle East.

The names of the daughter and her father were changed for this report to protect them from retaliation, according to the group’s director, pastor Paul Ciniraj.

He told WND the background: The girl was attacked by “fanatic Muslim men and woman” while walking home from school, dragged to a nearby home and subjected to “brutal female genital mutilation.” 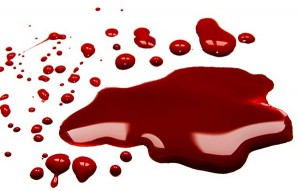 She was left in a coma. After local physicians had given up and declared her dead, she suddenly sat up. The girl described how her soul “left my body and I was dead.”

“Angels came to receive me to heaven. But Jesus appeared before me and said, ‘I cannot turn back from the prayers of my children. My eyes are upon my children and ears are open to their prayer. So I give you your life back, for the issues of death belong to me. You go, and be my witness.’ Then he put his face right against and right into mine. He breathed into my nostrils, and my soul went in. Then he moved his nail-scarred hands over my body and healed me completely!”

Now the ministry is reporting Muslims who carried out the attack were frantic. The ministry learned of the circumstances when the attackers visited Lydia and her father, pleading for help.

“The visitors explained that for the last three days and nights, all of the women who had been involved in the procedure seemed to have gone mad. Some shrieked that they saw blood everywhere, even when sitting alone. Attempting to prepare meals, they would scream, again seeing blood, and throw the food out. Given water, they would do the same. Knives in hand, some were approaching children, explaining the youngsters’ need for circumcision, and promising to do it carefully this time,” the ministry reported.

“The visitors had become convinced God’s anger was at the source of the trouble in their homes. So they invited the imam of the local mosque to come to their houses and pray for healing (shifa). Part of the ritual involves the sprinkling of water that the imam has breathed on. When one of the women responded by knocking him over, he decided he’d had enough.

“The men were faring no better, suffering nightmares, lack of sleep, and extreme anxiety. When they finally decided they must visit Lydia and Yoonus to ask their forgiveness, the imam and community leaders advised against it. In desperation, the men went anyway.”

Yoonus told the visitors that healing would come only with forgiveness from God and described the Gospel message of salvation through Jesus’ death and resurrection.

“You will be saved and you will also be healed if you accept Him as your savior and Lord,” he said, the ministry reported. “They listened quietly and intently as he told his own story of coming to Christ. They then readily confessed their sins before Jesus and accepted Him as savior and Lord,” the report from the ministry said.

Following prayer, and tea served by Lydia’s mother, the “company left peacefully.” “Upon arrival at their homes, they marveled that their wives had become completely normal, greeting them happily.”

The danger, however, remains in that the local Muslim imam and other Muslims in the community are very unhappy with the developments, the ministry reported.

Bibles for Mideast operates in nearly 20 Middle East nations where, while Islam is the largest religion, “thousands upon thousands of people secretly believe in Jesus Christ as their Savior,” Ciniraj said.