(WND) Imagine an America in which all children are educated according to biblical, Christian principles instead of modern, secular, liberal values.

Chaplain E. Ray Moore (Lt. Col. USAR Ret.) says, such a scenario is not just possible, but essential if Christians wish to reclaim the American culture.

“We take the position at the Exodus Mandate that the Scripture and sound theology teach that the education of children belongs to the family and the church or private associations, not government,” said Moore, the founder and president of Frontline Ministries, Inc. and director of the Exodus Mandate Project. “We don’t believe that government, even at the state level, has any role in K-12 education, and the Scriptures are clear and explicit on this. There’s no wiggle room.”

In order to wake Christian parents up to the dangers of public schools, Exodus Mandate has released a new documentary called “Escaping Common Core: Setting Our Children Free.”

The film is divided into two roughly 30-minute parts. The first part explores the origins of Common Core and the history of progressive education, from Horace Mann through John Dewey through the education policies of our past four U.S. presidents. The filmmakers argue Common Core is the latest manifestation of the effort to impose a socialist worldview on American children.

The second part of the movie offers Exodus Mandate’s suggested response to Common Core, which is for Christian parents to pull their children out of what Moore calls the “pagan, godless, atheistic public school system” and either homeschool them or find a private Christian school.

Moore, the scriptwriter and executive producer, said Exodus Mandate saw an opening for this film because Common Core has become a major national issue in the past few years.

“For the first time in our lifetime, because of Common Core, K-12 education is being debated on the national stage,” Moore told WND in a recent interview. “We saw an opportunity to kind of come in there and ride the crest of the wave, with all these millions of dollars of free publicity on the Common Core issue, to create a movie that would give the Christian an answer to the problem.”

Exodus Mandate is the same group that produced the award-winning 2011 film “IndoctriNation,” which also dealt with the history of the public schools and their subversive, anti-Christian nature. However, that film came out before Common Core was a major national issue, so Moore felt the need to do a follow-up.

“It is exciting to see the makers of the wonderful film ‘IndoctriNation,’ which featured a great interview with my co-author, the late Dr. Samuel Blumenfeld, release their next documentary,” Newman said. “I encourage everyone to see it and spread the word. The topic could not be more important. As sad as it is to admit it, I agree with the message of the film: Christians can no longer be a part of these government schools.”

Indeed, Moore confirmed the goal of “Escaping Common Core” is to make parents realize Common Core is a threat to their children and they should pull out of the public schools in favor of private Christian schools or homeschooling. The longtime chaplain lamented that Christians have trusted the public schools for far too long.

“After 160 years or so, all the garbage and debris and waste from this faulty model is washing up on our shores,” Moore said. “And it’s creating a lot of anxiety and cultural, social, and moral destruction in our culture. So we think it’s time to jettison the model completely. Christians need to do that first, lead the way.” 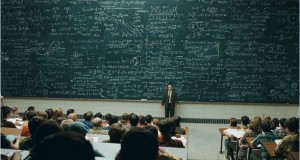 Moore believes if Christian parents set up a far-reaching system of private schools, many non-Christian families would be drawn to them as well in order to escape Common Core. If this happened, he said, more people would find Christ, which might spark a revival that would renew American culture.

However, he said that will never happen if parents continue to put their kids in public schools.

“To think we can win the culture war when a majority of Christian children are still being indoctrinated in the public schools doesn’t pass the common sense test, much less the theology test,” Moore said. “And so Christians are derelict and irresponsible, in my judgment, if they continue to put their kids in these pagan, godless, atheistic public schools.”

In the few weeks that “Escaping Common Core” has been out, Moore said he has already met opposition from some conservative Christians – the very people for whom he made the movie. He said many Christians still hold on “almost like an addiction” to state education, even though it’s harming their children.

“We’re still having to fight trench warfare within our own camps to try to win over Christians and pastors,” the former chaplain said. “Pastors as a group are pretty much AWOL on this issue. Maybe 10 or 15 percent are engaged, but 75 to 80 percent won’t touch it because they have so many public school people in their churches still, and they know, you get a disgruntled group, you’re history. So they really are putting their job security ahead of taking care of their flocks in many cases.

“It’s time the pastors step up and be the shepherds of the flock that God’s called them to be in this particular area.”

Moore is adamant that Christians don’t have permission to put their children in harm’s way under “pagan, atheistic education,” as the vast majority of evangelical Christians are doing now. He warned 80 percent of Christian children who attend public school through their entire K-12 lives are leaving the church and abandoning the Christian faith. Moore wants to see a change.

“If we would change our ways, in a decade we could create a whole new private Christian and homeschool system that would educate tens of millions of children,” he declared. “And then it could be used as a way to evangelize and re-Christianize the culture.

“But so many Christians are still locked into this faulty, absurd salt-and-light theology that their children are in the public schools to be a witness for Christ, and actually what’s happening is they’re being converted by the Left.”

Patrice Lewis, a WND columnist and freelance writer, said well-intentioned parents are making a huge mistake by sending their children off to public school.

“Most parents want what is best for their children,” Lewis said. “When they send their kids to public schools, they’re making the erroneous assumption that those schools are educating children with sound values. In fact, public education has become little more than progressive indoctrination camps where dissenting opinions and a Christian worldview are treated with hostility.”

Lewis homeschools her two children, and she urges other parents to do the same.

“The question parents must ask is, who do you want to have the biggest influence on your children?” she said. “By default – by simple mathematics – if your children spend the bulk of their waking hours under the influence of public schools, they are far more likely to adopt to morals and principles of those influences, rather than the morals and principles of the people who love them the most.

“It’s not a matter of ‘detoxifying’ your children again and again every evening and weekend; it’s a matter of making your life easier by choosing to keep them out of the toxic environment to begin with.”

Moore approvingly noted the homeschool movement is growing in America. Indeed, the number of children 5 through 17 years old who were being homeschooled by their parents rose 61.8 percent in the 10 years from 2003 to 2012. A total of 1,773,000 kids were homeschooled, representing 3.4 percent of the total 5-to-17 population.

In addition to homeschooling and private Christian schools, there is a third option that gives Moore hope: online K-12 education. He noted lots of middle class and working class parents want out of the public schools, but they can’t all afford private school tuition and some of them are not comfortable homeschooling. Within the past 10 to 15 years, online Christian education programs have given parents the chance to school their kids according to Christian principles at home without having to come up with lessons and curricula themselves. Liberty University and Bob Jones University are two examples of colleges that offer “online homeschooling” curricula for children grades K-12.

Moore also praised Apologia, a corporation that offers Christian-based curricula for homeschooling families. Apologia textbooks cover all the natural sciences as well as civics and history.

“There’s just so many good things out there now,” Moore exclaimed. “There’s no excuse for a family to put their kids in a government school.”

These alternative forms of education are important, Moore said, because government schools simply cannot be salvaged.

“It’s important for conservatives and Christians to realize that we cannot reform public schools,” he said. “It’s a socialistic model. It’s the wrong model. You don’t fix socialism; you abandon it. So many of our best people are still foolishly trying to reform that system, and it can’t be done.”

He said trying to reform public schools is like trying to teach a pig to dance: it doesn’t work, you get dirty, and the pig gets mad. He believes the leftists who control public education will never allow the system to be changed.

“A lot of Christians are protesting, and you can’t defeat an evil power by mere protest and whining,” he advised. “We’ve got to create a rival power, and the Left is just laughing at us when we protest and talk about fixing government schools. It’s never going to happen, so it’s time to give that model up.”

“If we are going to save and restore America, and protect our children from evil and ignorance, that needs to begin with a mass exodus of Christians from government schools,” Newman asserted. “They cannot be reformed. They were, in fact, designed to do precisely what they are doing: mass producing anti-Christian illiterates who lack even the most rudimentary academic and critical-thinking skills but are experts on pseudo-science and leftist ideologies. It is a crime of monumental proportions, and Christians can no longer be bound up with these institutions.”

This fight is getting urgent, Moore said. With the recent Obergefell decision, the Supreme Court legalized and legitimized “same-sex marriage,” and now the chaplain worries public schools will indoctrinate children with a pro-”gay marriage” mindset.

Also, in the Sept. 5 issue of World Magazine, Warren Cole Smith reported on the College Board’s ongoing effort to revise its 37 Advanced Placement (AP) tests. He wrote that the U.S. History exam in particular has become more politicized with a leftward slant. For example, one anonymous teacher told Smith a recommended AP textbook called “A History of Western Society” devotes less space to John Calvin or Martin Luther than to homosexuality and the acceptance of different sexual orientations, which it considers a mark of Western civilization’s progress.

Conservatives see this bias as a problem, according to the article, because the College Board operates as a de facto monopoly, with no other organizations offering an alternative to the AP exams at this point. And if teachers choose not to use the recommended textbooks, their students are less likely to do well on the AP tests.

Moore fears the Left will use the education system to push Christians “to the bottom of the economic ladder.”

The chaplain compared America to the Egypt described in Exodus Chapter 1, when a new pharaoh who didn’t know Joseph rose to power and enslaved the Israelites.

“Now humanists and pharaohs have come forward in our country who knew not Christ and knew not the founding era of our country,” Moore declared. “So we’ve got to break free and escape Common Core and go to the promised land of Christian schooling and homeschooling, and that’s what our movie’s about: escaping Common Core, escaping the tyranny of this system, and setting our children free.”