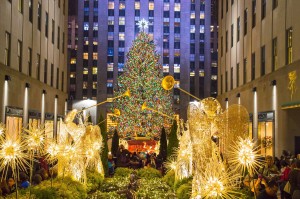 How many people really understand the meaning of Christmas? School administrators do not when they prohibit teachers from using red and green napkins at the school party in December because of the so-called “separation of church and state.” Well-meaning Christians do not when they mistakenly believe that the Bible teaches that Christ was born on December 25.

Critics of Christmas rightly point out that much of what we associate with Christmas is not even tied to the Christian celebration of the birth of Christ. Unlike many other festivals or celebrations in Christianity, there is no corresponding festival in the Old Testament (such as Easter and Passover).

Even more significant is the fact that the day, month, and year of Christ’s birth is nowhere recorded in the Bible. Although there are some educated guesses about the approximate time of His birth, there is no exact record. Many Bible scholars believe Christ was born in 4 B.C. or 5 B.C. because Herod died in March or April of 4 B.C.

So how did the celebration of Christmas begin? To answer that question, you have to go back to the pagan festivals at the time that were eventually transformed into Christmas celebrations by the church.

One key celebration came from Persia and was practiced in Rome days after the winter solstice. December 25 was known as the Natal Day of the Unconquerable Sun. The Persian religion of Mithraism was one of earliest rivals to Christianity. Eventually, the church transformed this day into a Christian festival. It is worth noting that the god Mithra (or whom Mithraism was named) was described as a god who was born from a rock. Shepherds witnessed his birth on the day of December 25. It is easy to see why Christians later used the date of December 25 as a celebration of the birth of Christ because of the similarity of this account with the biblical account.

We should also note that there was another Roman festival known as Saturnalia, which occurred during the month of December. This was a time of giving gifts and merrymaking. It was also a time of celebration for slaves and children. And the Roman New Year brought lights, greenery, and charity.

Even before Christmas was recognized in the West by the Christian church, there was another celebration that was prominent among Christians in the East. Historian and theologian Frank Gaebelein describes this celebration:

The earliest reference to December 25 as the date for the Nativity occurs in the Philocalian calendar, which refers to its Roman observance in A.D. 336. But recognition of December 25 [in the West] had been preceded by that of another date–January 6 [in the East], when Epiphany was celebrated first in relation to the baptism of Jesus in the river Jordan and later in relation to the coming of the wise men, or Magi, to worship the infant Jesus.

Even though I grew up in a nominally Christian home, we actually did celebrate both dates. We celebrated Christmas on December 25 and had a “twelfth night party” on January 6.

When the Emperor Constantine converted to Christianity, he began to transform the various pagan celebrations into Christian ones. Over time, Christmas began to take on more significance in the church calendar. In fact, the word Christmas is taken from the Old English “Crites Maesse.”

By the time of the time of the Protestant Reformation, most of the leaders (including Martin Luther) wanted to abolish all the feast days that had been practiced within the Catholic Church.  But they found that the habits of the people were had to change.

The Puritans were the most successful in changing people’s desire to celebrate Christmas. Oliver Cromwell was able to get Parliament to ban Christmas in the 17th century, and Christmas was forbidden (for a time) in Puritan New England. But the tradition of Christmas returned and over time various customs were added to it.

The Customs of Christmas

The customs of Christmas come from nearly every century and nearly every part of the globe. As we have mentioned, the custom of gift giving began during the Roman festival of Saturnalia. These were usually such gifts as wax candles or clay dolls. The custom of greenery and lights came from the Roman New Year (known as Kalends). Later in history, Druids placed lighted candles on tree branches, and people in the Middle Ages put candles in their windows on Christmas Eve to guide the Christ child on His way.

The Romans trimmed trees, and the Druids also decorated trees with golden apples and other offerings to the god Odin. Martin Luther also decorated a tree, and the Germans placed fruit, nuts, gingerbread, and glass balls on their trees. The Druids also burned a Yule Log to banish evil spirits in a home.

Mistletoe comes from the Scandinavian countries because it was sacred to Frigga, goddess of love and mother of the sun god. Balder, her son, was killed by an arrow tip dipped in mistletoe. Frigga shed tears which became the mistletoe berries. Frigga would kiss everyone who passed beneath the tree. The Romans gave us holly wreaths and decked images of Saturn with it. The poinsettia came to this country a century ago by Dr. Joel Poinsett, the first U.S. minister to Mexico.

The story of Santa Claus goes back to the feast of St. Nicholas of Myra (who lived in the 4th century). Tradition has it that he visited children and gave them gifts, in preparation for the gift of the Christ child at Christmas. The Dutch brought the tradition of St. Nicholas (Sinter Klass, hence “Santa Claus”) to America. Over time various features and characteristics were added to Santa Claus. And our modern version comes from the famous poem by Clement Moore in which we describes Santa as a jolly man in a fur-trimmed suit leading a sleigh pulled by eight reindeer.

Looking at the history and customs of Christmas, it is easy to see that much of the celebration of Christmas isn’t really Christian. Secularists should stop banning red and green napkins, and Christians should start looking for the real reason for the season.