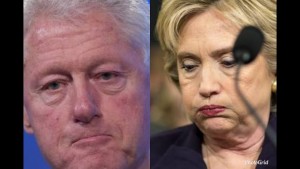 Former FBI assistant director James Kallstrom has come forward and revealed that the Clinton Foundation’s crimes will soon be exposed by “patriots” fighting back against the FBI’s anti-Trump “cabal.”

Kallstrom, a 27-year veteran of the FBI, said that investigators are sick of the nonsense. “99 percent of the people in the FBI are doing a fantastic job,” Kallstrom said during an interview with New York radio host John Catsimatidis last Sunday. “It’s a small cabal of people running the FBI, the James Comey sycophants” that are sabotaging the organization’s Clinton investigations.

But that’s going to end soon, Kallstrom revealed. Talking to Fox Business Network’s Stuart Varney recently, Kallstrom claims there’s an organized movement of “patriots” within the FBI that are going to strike back — and their plan is already in motion.

Discussing the political bias at the top of the FBI, Varney summarized Kallstrom’s warnings about special counsel Robert Mueller’s investigation. “I have said in my opinion there is a cabal active within the FBI and the Justice Department … which hates Trump, which protected Hillary Clinton and tried to bring down Donald Trump,” Varney said to Kallstrom. “That is an extraordinary story of interference in an American presidential election.”

“Without question that’s what it was. Just like the whole ‘so-called’ Clinton investigation, it was phony from the beginning,” Kallstrom said. “No grand jury, giving witnesses immunity, putting all the subjects in one room at the same time. I mean it’s crazy. It’s nuts what they did!”

Kallstrom said morale among the honest FBI agents is dangerously low, and that patriots within the organization are fed up.

“Well I think there’s a lot of patriots that have had it up to here with what’s going on, and they’re going to step forward and tell people what the shenanigans have been,” Kallstrom said, specifically mentioning how this FBI cabal “shut down the Clinton Foundation investigation” and turned the FBI investigations into politically-motivated witch hunts.