College Kicks Nike to the Curb: ‘If Nike is Ashamed of America, We Are Ashamed of Them’ 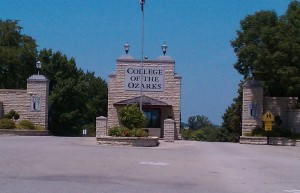 A new ad by Nike featuring former NFL quarterback Colin Kaepernick has been causing quite a stir around the nation. For one college, however, it was the final straw and the educational institution is now cutting ties with the sports apparel company.

According to Yahoo, the private Christian school The College of the Ozarks announced that they will be ending their affiliation with Nike due to the recent ad campaign featuring Colin Kaepernick. The new ad features the quarterback with a line that reads, “Believe in something. Even if it means sacrificing everything.”

Jerry Davis, the president of the college, said that the new ads promote a disrespect for the United States. “In their new ad campaign, we believe Nike executives are promoting an attitude of division and disrespect toward America,” he said.

“If Nike is ashamed of America, we are ashamed of them,” he continued. “We also believe that those who know what sacrifice is all about are more likely to be wearing a military uniform than an athletic uniform.”

The school’s director of admissions and vice president of patriotic activities Marci Linson echoed the president’s sentiments saying, “Nike is free to campaign as it sees fit, as the college is free, and honor-bound by its mission and goals, to ensure that it respects our country and those who truly served and sacrificed.”

Last year, the school required all of its athletes and coaches to stand for the national anthem. They even went so far as to say that they would refuse to participate in the event if a member of the opposing team knelt for the national anthem. The decision was named the “No pledge, No play” rule. That decision, however, required the college to make their own sacrifice when the Division II men’s basketball postseason tournament rolled around.

The school had asked the National Association of Intercollegiate Athletes to require players and coaches to stand for the anthem for games conducted on their campus. The NAIA refused to comply with the request and as a result, the small college stepped down, forfeiting from the tournament.

The school’s president said that they would rather forfeit a game than lose their honor. At the time, he said, “we’re living in a culture that doesn’t know right from wrong anymore.”