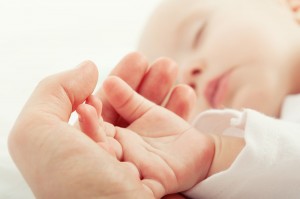 (LifeNews.com) A pregnant mom in Rhode Island knows what sacrifice means. She served her country by serving in the military and now she is willing to sacrifice her own life not just for her country but for her own unborn child.

Andrea Ryder served two tours of duty in the marines and undoubtedly showed admirable bravery during that time. Now she is showing bravery of a different kind as she was told during the second trimester of her pregnancy that she had cancer. Doctors suggested she consider having an abortion as a result.

But Ryder says that was not an option.  Even knowing that forgoing treatment meant she only had 3 to 6 months to live. Ryder knew in her heart she was meant to be a mother and her husband optimistically supported the decision.

“It was not like it was the beginning of the pregnancy,” Ryder said. “I was already in the second trimester and we were only a week away from finding out the gender, so I couldn’t even think of termination.”

It was a little girl and by fall doctors decided to induce her. On September 29th Olivia Marie entered the world. She was 10 weeks premature, but healthy.   “She was a big girl. She was born 3, 3 and was 16 inches long and they couldn’t believe how big she was,” Ryder said.

As Ryder undergoes the treatment she had put off for months she draws strength from her little girl. She visits Olivia in the hospital where the baby continues to grow bigger.

“As soon as I’m done with radiation I walk right over to go see the baby and am there all day,” she says. No matter the outcome Ryder stands by her decision. A mother’s love unwavering.

“I just feel that a lot of people would maybe do this for their baby,” Ryder said.