Debut Author Chronicles Journey from Abortion to Advocacy for the Unborn 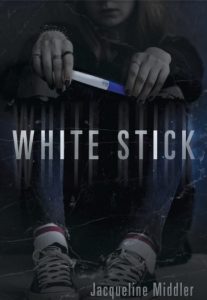 ENUMCLAW, Wash. – Confronted with an unplanned pregnancy during her freshman year of college, Jacqueline Marie chose to terminate that pregnancy and a second a year later rather than give up her professional dreams. Those decisions haunted her for many years and led to other poor choices. She sought relief from the guilt and shame through questionable relationships and alcohol and drugs.

Even becoming a Christian did not absolve the years of guilt and pain. To fully experience God’s forgiveness and be able to forgive herself, she needed to take full responsibility for what she had done. Rereading Genesis 1 and looking in the mirror and acknowledging her mistakes allowed her to see the heart of a merciful, forgiving God.

Jacqueline is now a doula and an advocate for the unborn. She uses her experience to encourage other women who have chosen abortion. “I had gone to a concert that turned into a pro-choice rally. I remember thinking, who is speaking for the ones who have had an abortion and are ashamed and guilty?” White Stick is Jacqueline speaking for them.

Jacqueline Marie has a degree in marketing from Johnson & Wales University, with concentrations in English and psychology. White Stick is her debut work, chronicling her abortions as a teen and her journey to healing, redemption, and eventual advocate for unborn children and the women who carry them. She lives in Indiana with her husband and three children.