The Pain of a Wife

At Sunday School they were teaching how God created everything, including human beings.

Little Johnny seemed especially intent when they told him how Eve was created out of one of Adam’s ribs.

Later in the week his mother noticed him lying down as though he were ill, and she said, “Johnny, what is the matter? “Little Johnny responded, “I have pain in my side. I think I’m going to have a wife.”

The school of agriculture’s dean of admissions was interviewing a prospective student, 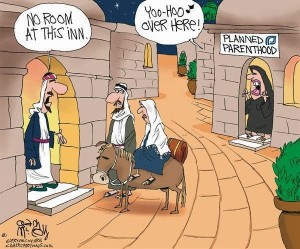 A small town had three churches — and all three were virtually overrun with pesky squirrels.

The first church called a meeting to decide what to do about the squirrels. After much prayer and consideration they determined that God must have wanted the squirrels there, and the church shouldn’t interfere with God’s divine will. The second church decided that they were not in a position to harm any of God’s creations, so they humanely trapped the squirrels and set them free a few miles outside of town. Three days later, the squirrels were back. The third church came up with the best and most effective solution: they baptized the squirrels and registered them as members of the church. Now they only see them on Christmas and Easter.

You Asked for It!

You name it, we’ll make it! Was the big sign outside the new restaurant on 13th Ave. There is no food we can’t make for you! Excuse me sir, said a man with a heavy Russian accent to the waiter, I vould like please, A Garden Salad with Russian dressing. RUSSIAN DRESSING?!” Screamed the head cook, I’VE NEVER EVEN HEARD OF RUSSIAN DRESSING! WHAT ARE WE GOING TO GIVE THIS GUY?”

Don’t worry, said the owner to the cook, Ill take care of everything, you just make the salad. Two minutes later the waiter walked out with a big Garden Salad and a picture of a Russian man putting on his pants.

Little Johnny and his family were having Sunday dinner at his Grandmother’s house.  Everyone was seated around the table as the food was being served. When Little Johnny received his plate, he started eating right away.  “Johnny!  Please wait until we say our prayer,” said his mother.  “I don’t need to,” the boy replied.

“Of course, you do,” his mother insisted. “We always say a prayer before eating at our house.”   “That’s at our house.” Johnny explained. “But this is Grandma’s house and she knows how to cook.”

A school teacher injured his back and had to wear a plaster cast around the upper part of his body. It fit under his shirt and was not noticeable at all. On the first day of school, still with the cast under his shirt, he found himself assigned the toughest students in school. Walking confidently into the rowdy classroom, he opened the window as wide as possible and then busied himself with desk work. When a strong breeze made his tie flap, he took the desk stapler and stapled the tie to his chest. He had NO trouble with discipline that term!

On my way to School…

In the traffic court of a large city, a young lady was brought before the judge to answer for a ticket given her for driving through a red light. She explained to the judge that she was a schoolteacher and requested an immediate dismissal of her case so she could get to the school on time. A wild gleam came into the judge’s eye. You’re a schoolteacher, hum? he said. Ma’am, today I shall realize my lifelong ambition. I’ve waited years to have a schoolteacher in this court. Sit down at the table and write ‘I went through a red light’ 500 times!”

Another victim of circumstance…

Two airheads in California are sitting outside on a cool, clear evening, looking at the moon and talking.

One asks: “Which do you think is farther away … Florida or the moon?” The other replies (with eye-roll): “Hellooooooooooo!  Can you see … Florida from here??”

Can you hear me now?

Moe: “I just bought a new hearing aid. It cost me four thousand dollars, but it’s state of the art. It’s perfect!”

Thought For the Day:

I don’t have a problem with caffeine. I have a problem without it. In a store: Unattended children will be given espresso and a free kitten. At the rate things are changing, anyone nostalgic for the “good old days” is yearning for last week. An optimist thinks this is the best of all worlds. A pessimist fears this may be true. Blessed are those who can give without remembering and take without forgetting. Some folks call their banks to get their balance. I just shake mine.

What did the mother turkey say to her disobedient children? If your father could see you now, he’d turn over in his gravy! ~ What do you get when you cross a snowman with a vampire? Frostbite ~ What do you get when you cross an archer with a gift-wrapper? Ribbon hood ~ What’s red and bad for your teeth? A brick ~ When I die, I want my last words to be: “I left a million dollars under the…” ~ When I was a kid, we walked 10 miles to school every day, uphill, often in the rain or snow. Man, did we feel stupid when we found out there was a bus. ~ When you get to your wit’s end, you’ll find God lives there. ~ When you have nothing important or interesting to say, don’t let anyone persuade you to say it. ~ When you’re tempted to fight fire with fire, remember: The fire department uses water.

~ Which side of the turkey has the most feathers? The outside. ~ Why do we call it a “tuna-fish” sandwich? If we do that we might as well be consistent and say “chicken-bird” sandwich. ~ Women and cats will do as they please, and men and dogs should relax and get used to the idea. ~ You are not finished when you lose. You are finished when you quit. ~ You cannot make the same mistake twice, because the second time you make it, it’s not a mistake, it’s a choice. ~ You can’t pass the buck if it never physically touches you. ~ You can’t win them all, but you sure can lose them all. ~ You don’t have to attend every argument you’re invited to. ~ You gotta hand it to short people…cause sometimes they can’t reach. ~ You know you’re getting old when you come to the annoying realization that your parents were right about almost everything. ~ You never know when it will strike, but there comes a moment when you know that you just aren’t going to do anything productive for the rest of the day.