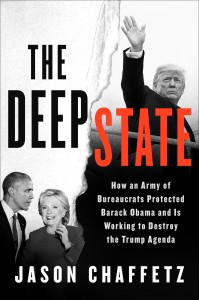 First of all, let me start by saying that I love America, always have and always will. Not only did my dad serve during WWII and Korea, my brother a United States Marine, I also had 5 uncles who all fought for the North during the Civil War. On top of all that, my dad’s family first arrived on these shores in 1732, 44 years before America would officially exist. I love our freedoms, our way of life, and the fact that we are the only country in world history, after Israel, whose nation was founded on the God of Abraham and the Bible.

“It cannot be emphasized too strongly or too often that this great nation was founded, not by religionists, but by Christians; not on religions, but on the gospel of Jesus Christ. For this very reason peoples of other faiths have been afforded asylum, prosperity, and freedom of worship here.” Patrick Henry, Ratifier of the US Constitution

But there exists within our perfect picture of a free and just society, behind the Norman Rockwell imagery and rolling hills, another America which has another government. This unseen body is not put in or removed from office by election, for they are always there. For the most part, this unelected government operates invisibly, silently. Until Donald Trump was elected, most people didn’t really care too much what happened in Washington. Elections came and went cycle after cycle, Red fighting Blue and Blue fighting Red, but never looking much deeper than that.

Then the unthinkable happened. A candidate finally appeared on the scene who was neither Red nor Blue, beholden to no one except himself, and against all odds he was elected as the 45th President of these United States. For the first time in recent memory, a person became our leader who was not part of the unseen government, the Deep State, and who would not do their bidding. How did this happen? God voted.

“I spent 8 and a half years in Congress. I took about 8 and a half to 9 months to write it. It’s on sale tomorrow at Barnes and Noble, Amazon, and all the other usual suspects. When I went to Congress I didn’t really know what the Deep State was or if it was real or not real, but I left knowing that it is very real. It’s something that is out in the open. It’s not some tinfoil person whose off in the corner with some weird dials trying to do things. It is a abrasion approach that many federal bureaucrats do to wait out administrations.” Jason Chaffetz

Before we go any further, let’s clarify of few things first. This article is not promoting any conspiracy theory or the rabid fantasizing of fear merchants like Alex Jones. No, this article is drawing your attention to an explosive book written by former Utah Congressman Jason Chaffetz who before his retirement was a powerful force in the House. His book is not about conspiracy theory, his book is about what he learned about the secret, unelected government that operates in Washington, and he calls it the Deep State.

The Deep State, what other generations referred to as a secret society, has been operating in America perhaps from soon after its beginning, but certainly began to come to light during the early days of the 20th century. The history of the robber barons like Vanderbilt and Rockefeller controlling everything, that used to be taught in schools but sadly no longer is, showed us that rich and powerful men secretly seized power and never relinquished it. Whatever America was originally created to do was recreated by these men with their limitless funds and Orwellian ambitions.

One of the richest men of the early 20th century said this about our secret government:

“It is well enough that people of the nation do not understand our banking and monetary system, for if they did, I believe there would be a revolution before tomorrow morning.” Henry Ford

The reason that the 2016 presidential election was so upsetting for Hillary Clinton and her ilk was that it meant there would finally be a break in the chain of command of the Deep State, something that they were not prepared for. The Deep State had done all their homework, loaded Hillary with over a billion dollars with which to wage her campaign, put the entire main stream media and social media behind her, and yet she lost the Electoral College by 33%. How ironic is that for the Freemasons?

The book by Jason Chaffetz marks the moment when the Deep State was moved out of the realm of conspiracy theory and into a serious mainstream discussion of what is really happening in the halls of power in the esoteric world of the District of Columbia.

In closing, let me remind you of the last president we had who was not part of the Deep State, and who publicly stated that secret societies would have no part in his administration. He promised the American people that he would expose the unseen government and put them on notice. Two years later, in Dallas, the Deep State would give Kennedy their response to his speech.

“The very word “secrecy” is repugnant in a free and open society; and we are as a people inherently and historically opposed to secret societies, to secret oaths and secret proceedings. We decided long ago that the dangers of excessive and unwarranted concealment of pertinent facts far outweighed the dangers which are cited to justify it. Even today, there is little value in opposing the threat of a closed society by imitating its arbitrary restrictions. Even today, there is little value in insuring the survival of our nation if our traditions do not survive with it. And there is very grave danger that an announced need for increased security will be seized upon those anxious to expand its meaning to the very limits of official censorship and concealment. That I do not intend to permit to the extent that it is in my control. And no official of my Administration, whether his rank is high or low, civilian or military, should interpret my words here tonight as an excuse to censor the news, to stifle dissent, to cover up our mistakes or to withhold from the press and the public the facts they deserve to know.” John F Kennedy, from his 1961 ‘Secret Societies’ speech

Pray for President Trump, that he will accomplish the full purpose for that which God has allowed him to assume control of the most powerful nation on earth. Pray for his salvation, that he will come to saving knowledge of the God who has placed him where he is. And pray for America that we may one day break free from the Deep State and its control over our lives.

“And he changeth the times and the seasons: he removeth kings, and setteth up kings: he giveth wisdom unto the wise, and knowledge to them that know understanding:” Daniel 2:21 (KJV)

Visit JasonChaffetz.com to order your copy of The Deep State