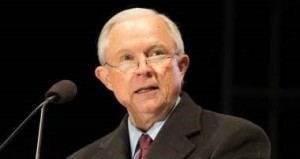 The new order is aimed at curtailing a massive political extortion racket that has allowed activist attorneys and their left-wing client organizations to rake in millions of federal tax dollars, as well as shake down American corporations for billions of dollars to fund their Marxist agendas. The practice has been going on for decades but was boosted to stratospheric heights during the Obama administration, with radical “community organizers” from groups such as La Raza, the Association of Community Organizations for Reform Now (ACORN), Neighborhood Assistance Corporation of America (NACA), Asian Americans for Equality (AAFE), NeighborWorks (NW), the National Community Reinvestment Coalition (NCRC), and the National Urban League (NUL) — and many more — receiving billions of dollars extorted from corporations that the radical grievance lobbies accuse of racism, sexism, and discrimination. Teaming up with the federal Department of Justice and the liberal-left Big Media, they have cowed corporations into coughing up huge “social justice” payoffs to radicals claiming to represent the allegedly aggrieved ethnic or social group “victims.”