(WNS)–Schools that offer single-gender classes, from kindergarten through high school, must allow students to attend based on their declared “gender identity,” according to a Department of Education (DoE) memo issued Dec. 1. The directive even applies to sex-ed classes, where students often are separated by gender to help make them feel more comfortable.

The 34-page memo applies to federally funded schools and extends Title IX gender discrimination protection to transgender students. It requires transgender students to be treated according to their proclaimed gender identity “in all aspects of the planning, implementation, enrollment, operation, and evaluation of single-sex classes.” 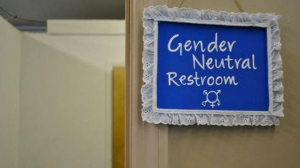 Pro-LGBT rights organizations hailed the memo as forward progress toward reducing discrimination based on sexual orientation. Remington Gregg, legislative counsel for the Human Rights Campaign, called the memo a “positive step … to ensure equal respect and treatment for all LGBT students.”

But the DoE misinterpreted Title IX, Eagle Forum president Phyllis Schlafly told LifeSiteNews.com. “I knew the author of Title IX, and there’s no question that she simply wanted to give a fair break to girls, and get what they are entitled to,” she said. “There’s no way would she have authorized [this], nor does the text of Title IX require mixing it up like that.”

Transgender policy has become a hot topic for public schools. Just days after the memo’s release, a court in Maine ruled a public school district owed a transgender student, her family, and lawyers $75,000 after the school asked the student to stop using the girls’ restroom.

And the Minnesota State High School League’s board voted to allow public, private, and homeschooled students to petition to join sports teams based on their chosen gender identity. “Any school caught turning down a request without an iron-clad reason could be slapped with a lawsuit, athletic ineligibility, or both,” FRC president Tony Perkins noted.

While transgender advocates focus on feelings, those who advocate for a traditional interpretation of gender emphasize biology. People choose their behavior, not their gender, Perkins writes.

“Once schools start suggesting otherwise, there’s no limit to the social, emotional, and cultural damage it will do,” he said. “In sports, as in all education, the ball is in the parents’ court. It’s time to wake up and get involved.”