(OneNewsNow.com)  Facing an onslaught of hundreds of outraged parents, a public school in California is pulling what some describe as a pornographic sex-ed textbook from the curriculum this Fall. 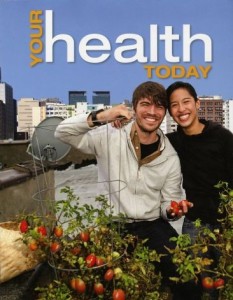 The Fremont Unified School District quickly removed the book Your Health Today after angry parents went on the warpath. According to board meeting minutes, “after listening to feedback” from parents and other community members, use of the text was put on hold “pending further vetting of concerns expressed with some of its content and its use.”

Brad Dacus of the Pacific Justice Institute, who took up the parents’ cause, says the book – which had been approved by the school board in late June – is totally inappropriate for 14-year-old ninth-graders.

“What it promoted was so perverse, so outrageous, so objectionable that hundreds of parents who normally wouldn’t be involved signed petitions and have been just majorly communicating to the school district their outrage,” he said.

Dacus says the book deals with such subjects as bondage, sex toys, and other salacious subjects he preferred not to describe during an interview.

According to the attorney, using Your Health Today for ninth grade would be a clear violation of the California Education Code. “[The code] requires that all such material be age-appropriate – and on its face it is not age-appropriate,” he argues. “It’s geared toward college students.”

The district also informed some parents that their children wouldn’t be able to opt out of the health class using the textbook – another violation of the state’s education code.

District records indicate the publisher – McGraw-Hill – has offered to modify the text to better meet the district’s needs and to address parental concerns about the appropriateness of its content. Dacus says his group plans to closely monitor that process. “No school board, regardless of their ideology, is above the law,” he adds.