Doctors and Nurses You Are The Vaccine Fraud Tipping Point 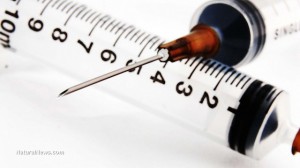 The tipping point is here. Clear laws have been broken, damage can be proven, and an industry hangs in the balance. Looking back at this moment, history will show where trust, common sense, and the future of the medical industry began.

The onslaught of #HearThisWell stories continue to exponentially fill YouTube. The right ingredients have combined into a powder keg that appears to have ignited. Will it favor empathy and a return to putting the children and people’s health before profits and agendas? What is clear is the vaccine industry stands before us with no clothes for all to see. Yet like the emperor in the tale, it is seemingly unaware that it is naked. The checkmate already happened and it appears that the CDC and vaccine industry is oblivious. What is clear is that the public has overwhelming stepped in to fill the void of deafening silence from the complacent mainstream media, CDC, and US government. They seem to be blind to the fact that a fight has been picked with unstoppably mothers and fathers that can’t be won. The longer the media blackout and no sign of the government convening an oversight committee, the worse the beatings will become for the CDC. The heartsdoctors and minds of the people have been lost and no amount of public relations or mainstream media spin stories will save it.

Since it is us, the public that is now steering this issue it is now time for the next wave to pick a side. The mothers and fathers have spoken with their heartbreaking and empathetic stories and demands. Now it is time for the doctors and nurses to step forward and cast their vote for humanity. History will show what side you were on when it all came down. I ask you, what are you waiting for? Dr. William Thompson has provided you the legal cover you need to put your name out there. The ground swell is palpable as doctors and nurses across the country are already warning their patients of the risks of the MMR and other vaccines behind closed doors. It is time to go public by releasing your video and telling your story. The public is awake and staring attentively. Your next move is crucial. At risk are not only your professionalism and practice but ultimately your integrity and soul. You are the official tipping point; do not be intimidated into staying silent by your hospital directors or managers. We need your voice now. Please do the right thing.

A call to all doctors, nurses, or vaccine researchers (active or retired):

It has been announced that the office of United States Congressman Bill Posey is in possession of a “very large” number of documents turned over directly from Dr. William Thompson. However, according to Congressman Posey’s spokesman, George Cecala, “I can confirm that we have received a very large number of documents and we are going through those documents now. There are a lot of them, so it will take some time.” This is unacceptable. Unfortunately, time is not a luxury the public has. The MMR vaccines and potentially others continue to maim. It would be the safe course of action at this point for Congressman Bill Posey or his spokesperson to call a press conference, state that they are in possessions of CDC whistle blower documents and give a time line to the public. During which time, the thought of an immediate short term suspension of the current MMR vaccine should be seriously be considered. At this point, doctors & nurses that continue to inject patients could be held liable according to Nuremberg Principle IV which clearly states the following:

“The fact that a person acted pursuant to order of his Government or of a superior does not relieve him from responsibility under international law, provided a moral choice was in fact possible to him”.

This principle could be paraphrased as follows: “It is not an acceptable excuse to say ‘I was just following my superior’s orders‘”.