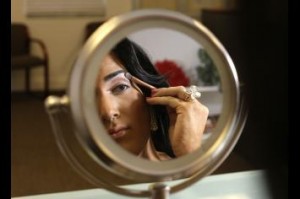 (WNS)–New York legislators and Johns Hopkins University doctors are reversing course and advocating for unproven hormone treatments and surgery for patients with gender dysphoria (GD). And in New York, lawmakers want taxpayers to foot the bill.

A policy under public review in New York proposes the state use Medicaid funding to pay for hormone treatment and, in some cases, sex-reassignment surgery for minors diagnosed with gender dysphoria. In Baltimore, Md., Johns Hopkins last week reversed its policy and notified the school’s “medicine community” it would begin offering “gender-affirming” surgery. Both policy statements, issued last week, are being advanced despite the absence of Food and Drug Administration approval or long-term studies demonstrating the effectiveness of those treatments in minors.

Public comment regarding the New York policy is being accepted by the Department of Health until Nov. 19. When drafting the original New York policy, lawmakers did not propose using Medicaid to pay for puberty-suppressing and cross-sex hormone therapy for patients under 18 due to “reservations about the safety and efficacy.”

“For one thing, the use of hormone therapy to treat GD in individuals under the age of 18 is not approved by the federal Food and Drug Administration (FDA), nor is it indicated as an accepted off-label use by any of the pharmaceutical compendia relied on by the Medicaid program,” the policy analysis noted. “This may be due to the apparent dearth of quality, longitudinal studies on the long term effects of providing such treatments to the under 18 population.”

But New York doctors are forging ahead and prescribing hormone-altering medications for patients 18 and younger, so the legislature proposed the policy to provide Medicaid coverage for the treatments.

“[Physicians] acknowledged that it would be ideal if more high-quality studies were available on the long-term effects of the treatments, but all believed that the positive effects they have observed in the short term in improving the mental health of minors with GD outweigh the potential long-term risks,” analysis authors wrote.

Johns Hopkins is shifting course and offering hormone therapy and sex-reassignment surgery to patients after two months of backlash aimed at the school for a report authored by two faculty members. In August, Paul McHugh, professor of psychiatry and outspoken opponent of sex-reassignment surgery, and Lawrence Mayer published a review of 200 studies on sexual orientation and gender identity that contradicted popular conclusions about human sexuality.

The LGBT advocacy group Human Rights Campaign demanded the school dissociate itself from the report and its authors or face a public-relations smear. Human Rights Campaign seeks to influence medical policy across the nation by creating a checklist of “Responsible Citizenship Criteria” focused on “known activity that would undermine LGBTQ equality or patient care.”

“Healthcare facilities will have 25 points deducted from their score for a large-scale official or public anti-LGBTQ blemish on their recent records,” the organization stated.

“If Hopkins’ leadership ignores their community’s call to correct the record—clarifying that McHugh and Mayer’s opinions do not represent it and that its healthcare services provided reflect the scientific consensus on LGBTQ health and well-being—its Healthcare Equality Index score will be reduced substantially,” Human Rights Campaign wrote on its website.

Some Johns Hopkins employees denounced the McHugh-Mayer report and asked the school to reiterate its support for LGBT patients and staff. In response, the school issued a letter signed by four department heads and distributed by President Ronald Daniels assuring the public it would start offering “gender-affirming” treatments.

“We declare our university’s unequivocal and profound commitment to the LGBTQ community, those who are part of our academic family, and those we seek to serve,” Daniels wrote. The letter reiterated its commitment to academic freedom as a “fundamental principle” but said its faculty members did not speak for the school when they publish outside of the university.