(WNS) – The Evangelical Council for Financial Accountability (ECFA) terminated the membership of Gospel for Asia Oct. 2 for violations of ECFA standards. The termination came after a lengthy review of the church planting ministry’s practices that began on June 10.

Gospel for Asia, founded in 1978 by K.P. Yohannan, operates mostly in India, where it is known as Believers Church. The group says it has planted thousands of churches that now have hundreds of thousands of members. Believers Church also operates dozens of regional Bible colleges and an accredited seminary. It also owns a 2,000-acre rubber plantation and other real estate holdings throughout India. 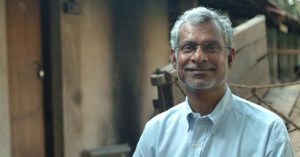 The ECFA found that Gospel for Asia had violated five of the financial accountability group’s seven standards, touching virtually every aspect of the ministry. The ECFA noted that Gospel for Asia failed to engage in “truthfulness in communications,” did not honor “giver expectations and intent,” and did not have appropriate management and controls for an organization its size, including a “responsible board of not less than five individuals, a majority of whom shall be independent.”

A focus of the investigation was a new Gospel for Asia headquarters campus in Wills Point, Texas. That facility cost about $40 million, with half of the money coming from Gospel for Asia–India, which was likely given by donors to promote the spread of the gospel in India. Gospel for Asia COO David Carroll admitted that the organization “did not disclose in 2013 that gift from our field partner [Gospel for Asia–India].” The lack of disclosure and the use of funds in ways contrary to donor intent were key reasons for the ECFA terminating the ministry’s membership.

An ECFA member since the financial accountability group’s founding in 1979, Gospel for Asia, has grown to become one of the largest Christian ministries in the world, with hundreds of millions of dollars in assets. Though the ministry does not publish its audited financial statements or Form 990s, Carroll said Gospel for Asia’s total revenue in 2013 exceeded $90 million.

Carroll said Gospel for Asia has made ECFA-recommended changes and hopes to regain its membership. He admitted the ECFA’s action “might have some impact” on donations, adding, “We just don’t know yet.”

The ECFA’s action comes after months of posts by blogger Warren Throckmorton that severely criticized Gospel for Asia for its internal operations and financial management. MinistryWatch.com’s Rusty Leonard has advised donors to “halt all donations to [Gospel for Asia] immediately” because of the “broad scope of the violations.”