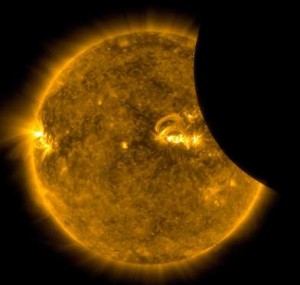 NASHVILLE (BP) — Distribution of nearly 7,000 Gospel tracts by a Wyoming church, an outdoor baptism service in Kentucky and a watch party on the roof of the Southern Baptist Convention Building in Nashville were among the ways Southern Baptists celebrated the first total solar eclipse in the continental U.S. since 1979.

The eclipse — whose 70-mile-wide “path of totality” was visible in 14 states from Oregon to South Carolina — also led some evangelicals to theological reflections on God’s faithfulness, sovereignty and coming judgment.

“The cool thing about this eclipse,” said Lincoln, Neb., church planter Logan Merrick, “is I felt for the first time in a long time our divided country was able to slow down and be united together for a historical moment.”

Hope City, the North American Mission Board church plant Merrick leads, launched Aug. 20 and used the eclipse weekend as an occasion to meet some 1,000 students at the nearby University of Nebraska-Lincoln. The church distributed “college survival guides” and will follow up with 400-500 students who expressed interest in the church, Merrick told Baptist Press.

In Casper, Wyo., Mountain View Baptist Church distributed bookmarks and evangelistic tracts to locals and visitors who descended on the city to take advantage of its typically clear skies for the eclipse. One church member hooked his pet mule Roscoe to a carriage downtown and gave out about 1,000 tracts to passersby who stopped to pet the animal. 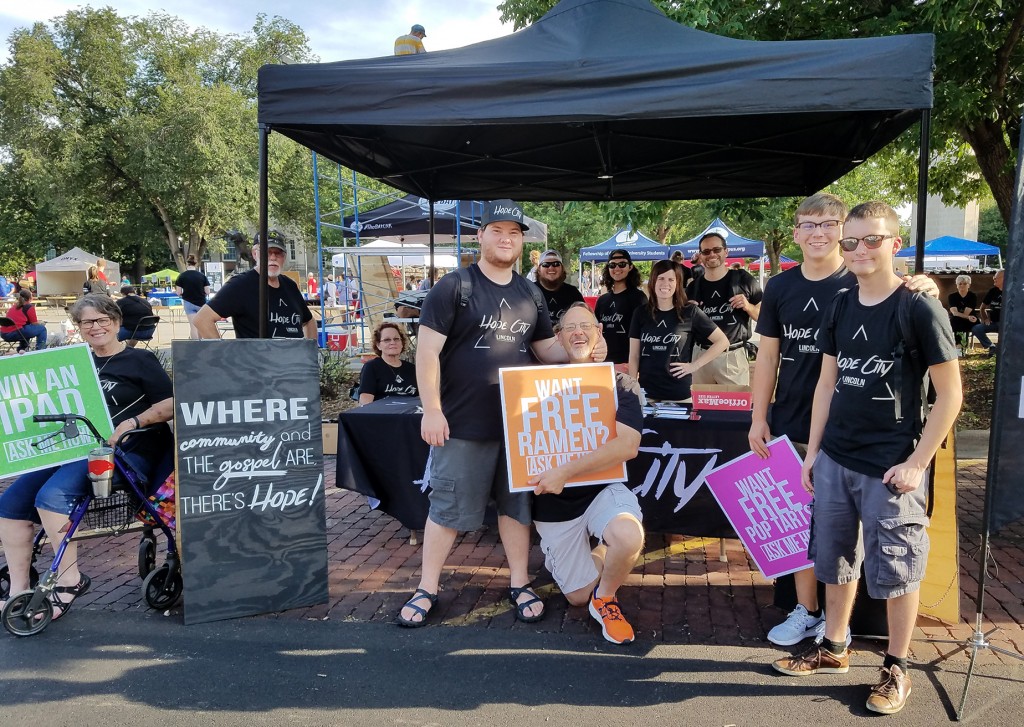 Mountain View pastor Buddy Hanson told BP he and his wife led one man to Christ during the Aug. 19 evangelistic blitz while church members shared the Gospel with others. Mountain View, which averages some 160 in Sunday worship, also distributed water to visitors who watched the eclipse from the congregation’s parking lot.

In Chillicothe, Mo., Grand Oaks Baptist Assembly hosted 16 homeschool families for the “Wonders of Creation Solar Eclipse Family Retreat” Aug. 20-21, including mini-golf, hiking, swimming and an opportunity to learn about the eclipse from a Christian worldview perspective.

“Grand Oaks provided recreation, lodging, breakfast and viewing glasses for the guests and of course a late night campfire complete with Moonpies to munch on,” camp manager Don Boyer told BP in an email. “But our Lord provided the most amazing show when, following rain and overcast skies all morning, the clouds parted at precisely the moment of totality and stayed clear for most of the moon’s remaining trip across the sun. Attendees, after watching a live feed for a good while, flocked outside as the sun began to emerge and as a group watched the show offering a great many oohs and ahhs.”

Hillcrest Baptist Church in Hopkinsville, Ky., canvassed 300-400 homes leading up to the eclipse and invited out-of-town guests at a nearby park to attend worship. Pastor Joe Bufford estimated that more than 100 of the 400 attendees at an Aug. 19 cookout and outdoor baptism service were from out of town.

After seven scheduled baptisms, a teenager professed faith in Christ and also was baptized, Bufford said. A child wanted to know more about salvation and will receive follow-up counseling from the church.

On eclipse day, visitors from Japan, Canada and Illinois all found themselves in Bufford’s front yard, he said.

In Hendersonville, Tenn., the local newspaper named First Baptist Church one of the three best places in town to watch the eclipse, said minister of adults Jerry Wooley. The church distributed hot dogs and ice cream to hundreds in its parking lot.

“We could not have bought that kind of publicity,” Wooley told BP in an email. “We didn’t know anything about our event was going to be in the news, much less that we would be one of the top viewing spots in the city. Families are bringing their lawn chairs, quilts, telescopes, cameras and most of all their friends.

“We are being given a tremendous opportunity to share the Gospel — one person at a time — right here on our own campus,” said Wooley, adding the church’s guests included a reporter from Washington D.C.

In downtown Nashville, the SBC’s Ethics & Religious Liberty Commission held an eclipse watch party on the roof of the SBC Building.

ERLC executive vice president Phillip Bethancourt told BP in an email, “It was an incredible experience to watch today’s solar eclipse from the rooftop of the SBC Building with colleagues from the ERLC, Executive Committee and more. As the heavens declared the glory of God, it reminded us of God’s work in creation and his faithfulness in our convention.”

Students and faculty at Anderson University, a ministry partner of the South Carolina Baptist Convention, watched

the eclipse on one of the university’s lawns and viewed a NASA livestream of the event in a campus theater.

Some Baptists took to the internet to offer theological commentary spurred by the eclipse.

“When God created the world, all the angels shouted for joy (Job 38:4-7),” Wax wrote in an Aug. 16 blog post. “The God who sings over His creation is the God who rejoices in His works (Psalm 104:31). If God delights in the work of His hands, shouldn’t we? And shouldn’t the wonders of creation lead us to praise and thank Him?

“So, let’s not wait until the next eclipse to stop and pause and wonder. Look up to the heavens, and then look further up, until you find joy in the God who enjoys His handiwork,” Wax wrote.

Todd Chipman, pastor for discipleship at The Master’s Community Church in Kansas City, Kan., and assistant professor of biblical studies at Midwestern Baptist Theological Seminary, reflected on biblical references to darkening of celestial bodies. While he did not call the eclipse a sign of judgment, he noted that Scripture at times references the darkening of the sun, moon and stars as a sign of judgment.

“The brief mid-day darkening of the sun provides in miniature a display of how God will one day execute His judgment across the globe,” Chipman wrote at Midwestern’s For the Church blog. “… May we be emboldened [to share the Gospel] on this day of the (brief) total solar eclipse.”