End-Around Plays Belong in the NFL — NOT in Schools 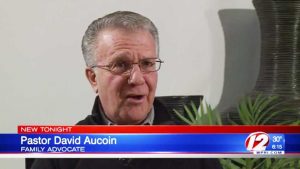 The “end around” is a football play in which an end (wide receiver) crosses the backfield towards the opposite end of the line and receives a handoff from the quarterback. While it’s legal and often effective in the NFL, it should draw a penalty when used in public schools to get around parental rights!

Last week, in Lynn, Massachusetts, parents were not happy when the school board voted unanimously to give students free access to condoms and contraceptives without parental consent. Erica Ricci, an investigative reporter for WPRI 12 News, wondered if the same was happening in Rhode Island. It led to this story, including her interview with me.

Erica found that Rhode Island teens can access contraceptives and condoms from health centers “without parental consent.” She also found that two of those centers are school-based – one in West Warwick and the other in Woonsocket.

Family Policy Alliance® finds many problems with the message this sends to teens:

According to Stephanie Curry, Policy Attorney for Family Policy Alliance, “When and how teens become sexually active is something firmly within the confines of the family and rights of the parents, not schools. Even if schools can do this, the question then becomes should they? Our answer, of course, is NO!”

In addition, it’s unsafe. There are often side-effects with birth control such as blood clots and increased cancer risks. Teens should have the ability to consult with a physician or a pharmacist to discuss their needs, and parents have a right to be a part of that discussion.

These are powerful hormones requiring a medical conversation. Handing them out goes far beyond the authority of the school, especially without parental involvement. Think about it: Those same high-schoolers probably can’t get a Tylenol from the school without having to call a parent.

The bottom line is that only parents have a right to the moral and religious upbringing of their children, and schools have no right to pull an “end around” and side-step these fundamental rights.

The first step to pushing back on these policies is to pull together for a Rhode Island where God is honored, religious freedom flourishes, families thrive and life is cherished. Thank you for joining with us, and please share with other Rhode Islanders who hold these values.