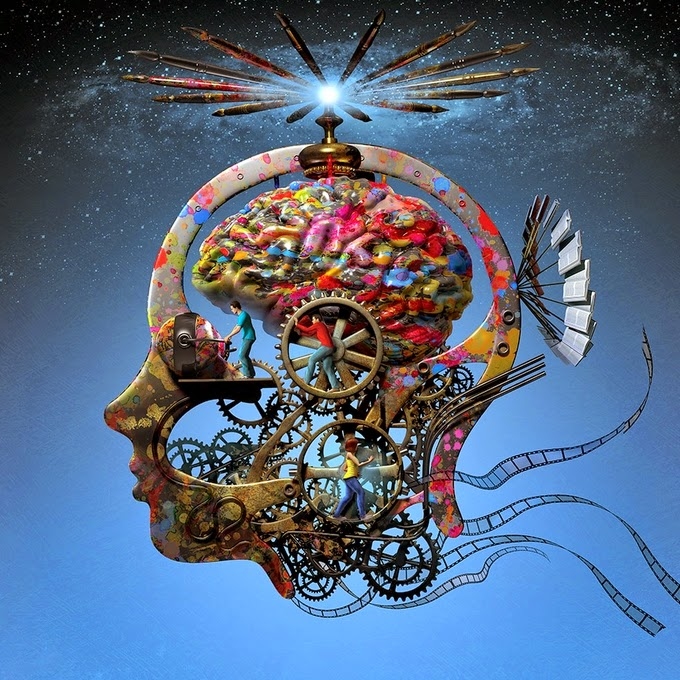 “The only God whom the natural man is not at enmity with is one of his own imagination.” – A. W. Pink, The Total Depravity of Man

What is enmity? I mean, really. I wonder how many so-called “Christians” even understand what the Bible means when it uses the word enmity. I submit that, like so many other aspects of their fraudulent spirituality, they find their definition without Biblical investigation in their trusty, worldly dictionary.

We are always remiss if we limit our definitions to worldly texts. Based on Holy Scripture, we may rightly conclude that a specific enmity exists as the baseline manifestation of the Fall in the Garden of Eden. We know this because the Lord God uses this very word to describe the nature of Satan’s relationship with the Son of God, Jesus Christ.

“Then the LORD God said to the woman, “What is this you have done?” And the woman said, “The serpent deceived me, and I ate.”

The LORD God said to the serpent, “Because you have done this, cursed are you more than all cattle, and more than every beast of the field; on your belly you will go, and dust you will eat all the days of your life;

The Lord God addressed Satan directly as “the serpent” in this passage and the Messiah as the “[woman’s]…seed.” It’s plain to see that the Fall in the Garden produced something cataclysmic between two “seeds.” Even nature suffers to this day as a result of this event.

For the anxious longing of the creation waits eagerly for the revealing of the sons of God. For the creation was subjected to futility, not willingly, but because of Him who subjected it, in hope that the creation itself also will be set free from its slavery to corruption into the freedom of the glory of the children of God. For we know that the whole creation groans and suffers the pains of childbirth together until now. – Romans 8:19-22

Here we see the ripple effect of the Fall in the Garden – that all of creation suffers (everything except man is included in context here). The blight of sin and death is on every living thing. Think about it, even plants, trees, and grass are infected by disease. This wasn’t the case in the Garden before the Fall. All of creation enjoyed the lively fruit of unadulterated peace with its Creator. The Bible teaches us that creation longs for God’s salvation plan to finish its course. The perspective the Bible gives us is that it was pressed into this horrid estate “not willingly” (for no reason of its own). As a result, it has been subjugated to the curse that mankind does deserve to suffer. It’s like if I decided to create a bomb in my basement and it detonated, decimating not just my own home but a block of homes surrounding mine. Until the insurance companies and the hired contractors rectified the situation, my neighbors would be “subjected to futility, not willingly,” to the repercussions of a stupid decision to create my own little Manhattan Project.

This enmity that was borne at the Fall so many years ago is much more pervasive than most people care to acknowledge. The proper way to bind our thinking on this is to conceptualize it as follows:  enmity energizes every sinful act. The proof that we are all under its influence in this life, even as believers, is that we all sin. The inescapable fact is that we all harbor enmity (that’s hatred, my friends) towards God. I’m not referring to the new creature attributable to a saved person; rather, I’m addressing the sin nature in every man and woman, believer or not. We may recoil at this news, for it is truly distasteful to that part of us that has been so perfectly changed in Christ. Nonetheless, we must all suffer the realization that another part of us still hates God (for some, the singular, unregenerate part of them hates God). Enmity is a virtual splinter of infinite scope and magnitude, keeping us naturally separated from God – we call this spiritual death.

Enmity implies being wholly incapable of harmony with God.

Let the above statement sink in. Heck, leave this article now and come back later if you must, after you’ve had time to ponder the far reaches of it. Make it personal, too. I beg you not to simply nod your head and read on with a disregard consistent with those whose eyes have been blinded by the devil. Do not allow the very deceitfulness of sin, itself, to usher you away from what might be an utterly eye-opening experience. If the Fall in the Garden is likened to the blast of an atomic bomb, enmity is the radioactive fallout that pervades every square inch of what remains. Even the ground we trod is toxic and hazardous. Don’t believe me? Take an African safari and jump out of the safety of the tour bus when you happen upon a pride of lions. Pre-Fall conditions would have allowed you to do just that without any fear of being harmed. “‘The wolf and the lamb will graze together, and the lion will eat straw like the ox; and dust will be the serpent’s food. They will do no evil or harm in all My holy mountain,’ says the LORD” (Isaiah 65:25). Do that today and you’re likely to suffer the direct consequence of the Fall – death.

This enmity may be summarized twofold. Defensively, the natural man resists the Holy Spirit, “You men who are stiff-necked and uncircumcised in heart and ears are always resisting the Holy Spirit; you are doing just as your fathers did” (Acts 7:51). Offensively, the natural man aggressively pursues that which opposes God, “Do not go on presenting the members of your body to sin as instruments of unrighteousness” (Romans 6:13a). The Bible teaches us that enmity is much, much more active than a mere knowledge of hatred. It animates every foul action against God, every sin, every lust of the flesh. We mustn’t shuffle away from fully realizing what happened in the Garden at the Fall. The blast zone and its enduring effects cannot be underestimated, though this is precisely what our enemies would like us to do!

I think most Christians are shocked to find out that a part of them literally hates God. Furthermore, I think that a lot of so-called Christians are playing pretend, only affiliating with Christianity for the sake of conformity with family, friends, society, etc. It’s this latter group that must answer to the Holy God of the Universe on one simple front (for the sake of space here) – are they imagining a God that doesn’t actually exist, a God of their own speculation, one that is a slave to their natural sensibilities? Do these same people fail to understand the full extent of their depravity, as a function of the enmity promised between the two “seeds” way back in the Garden? Are they planting their crops, cultivating them aside from the power of God the Holy Spirit? Do their crops bear fruit consistent with complete surrender to the Lord’s will, or are they merely posers, inventors, “sons of disobedience” (Ephesians 2:2)?

This people honors me with their lips, but their heart is far away from me. But in vain do they worship me, teaching as doctrines the precepts of men. – Matthew 15:8-9

I’m not what you would call a “popular” pastor. In fact, I’d argue that the longer I go about fulfilling my duty towards my Lord, the more I am despised. People who used to love me now take offense. As I spread the Light of the Word of God, it shines in places labeled “off limits” in the souls of man. It unlocks the doors with all the skeletons in the closet. It leaves no place of escape, no room for quiet disrespect, no homage to self-righteousness. Only true righteousness can survive the Light. Darkness is exposed for what it is, its very origins revealed, and its manifest enmity against the one true God made clear. Natural man hates the effects the Light has upon him and his life, as does the regenerate man acting carnally for a time, “For everyone who does evil hates the Light, and does not come to the Light for fear that his deeds will be exposed” (John 3:20). These people would like to imagine a better existence than what evidence has shown it to be. They’d prefer pastors of integrity, like myself, kowtow to the wanton lusts of the flesh…you know, to keep the peace so that they can purport a common fellowship with others, regardless of their spiritual condition. I will not be a slave again to such things, for they are utterly dishonorable to my Lord. How about you???

Enmity is the primitive reason for all sinful activity. It is a captor, of sorts. Unless God intervenes by grace on behalf of a sinner, there is literally no way a man can be anything but utterly opposed to Him. He is a slave to this reality, no matter how reputable his activities are by world standards. “If then the light that is in you is darkness, how great is the darkness” (Matthew 6:23b)! A tree can only bear fruit after its kind. Evil seed means evil fruit, never good, not even once. In fact, enmity guarantees that every thought and action will be held captive to it. Our only relief, as human beings, is to be saved/delivered by the hand of God. Even then, the vestiges of this enmity carry on in our flesh (ala Romans 7). This is a vile, ancient war my friends. There’s no truce on the horizon; that is mankind’s palatable invention. This ends badly for Satan’s seed. Destruction is the only way out; fortresses holding God’s creation hostage must be annihilated.

For the weapons of our warfare are not of the flesh, but divinely powerful for the destruction of fortresses. We are destroying speculations and every lofty thing raised up against the knowledge of God, and we are taking every thought captive to the obedience of Christ. – 2 Corinthians 10:4-5

Our salvation/deliverance from the curse administered at the Fall is grace. God alone is able to dissolve the enmity between Himself and fallen man. Depravity is all we’ll ever know otherwise. “But God, being rich in mercy, because of His great love with which He loved us, even when we were dead in our transgressions, made us alive together with Christ (by grace you have been saved)” (Ephesians 2:4-5). Let us not attempt to shrink the chasm between natural man and his Creator. It exists by the hand of God for a reason. God has a purpose in revealing such things to us, for our benefit, to humble us. In the absence of truth there exists the wide plains of imagination. As such, natural man supposes the most dangerous thing of all, a god that he is not naturally at enmity with, a god that sympathizes with his innate sensibilities, a god that accommodates his perversions, lusts, and disobedience. None of this is true, of course, but try to explain this to a man who’s rejected the Spirit of God, of Christ, of truth and righteousness.

“The only God whom the natural man is not at enmity with is one of his own imagination.” – A. W. Pink, The Total Depravity of Man